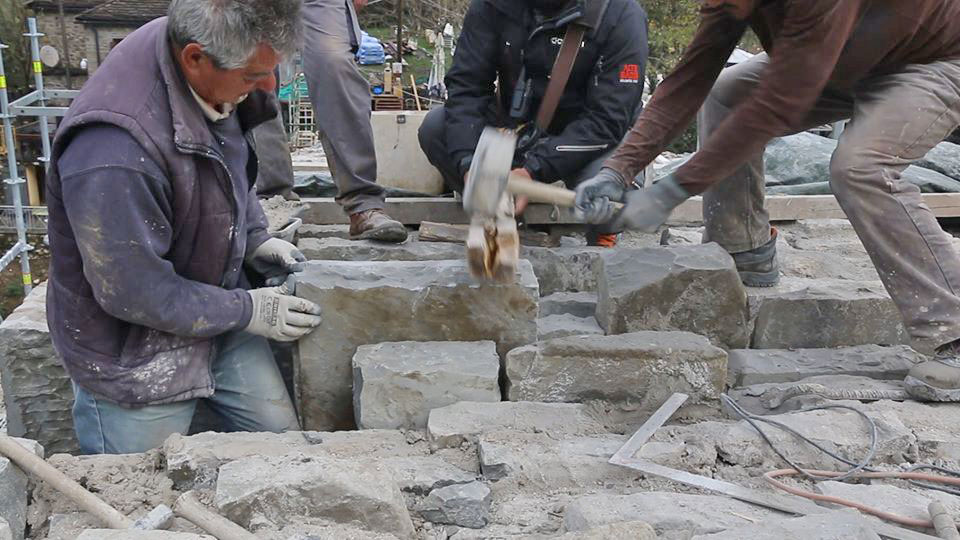 The Plaka bridge on the Arachthos river, the largest single arch bridge in the Balkans, which had collapsed about five years ago. once more joins the Tzoumerka region with the Katsanochoria. “The historic bridge is now ready; it is being “tested” by the Arachthos river in winter , it will be tested under the most difficult conditions, so it can be handed over to the public at the end of the summer”, said Dimitris Kaliambakos , Professor of the School of Mining and Metallurgical Engineering of the National Technical University of Athens and coordinator of the Interdisciplinary Working Group of NTUA for the Restoration of the Plaka Bridge, to the Athens-Macedonia News Agency radio station 104,9 FM.

“The process has now been completed of removing the metal structure that supported the historic Plaka bridge during its restoration work” Mr. Kaliambakos explained, pointing out that from now on a close monitoring will begin by scientists of the NTUA Working Group. “The big crash test begins,” said the NTUA professor characteristically, referring to “the biggest restoration of a stone bridge in the world “.

“Such a bridge has not had its mould removed and stood upright for over a century,” Mr Kaliambakos said and outlined the key processes behind this unique project for which, he noted, a team was employed from the NTUA composed of 30 professors and 40 researchers.

The artisans, their labour of love and stones that “speak to the stonemason”

As Mr Kaliambakos said, for the historic bridge to be erected once more and stand proudly, “over 300 people put their hand to it”. The NTUA professor vividly described the affection and care amply shown by the expert stone masons to get the famous bridge standing once again.

“I am very moved by the people who have handled every one of the stones that make up this bridge. We are talking about 9.000 voussoirs, wedge shaped stones that are very heavy and rough, measuring 70x40x10 cm. These are stones that have passed from two to three hands at least, stones that, before being carved and put in place , had to be “heard” by the artisan himself , since every stone “has a voice” as these people say “, Mr. Kaliambakos said, describing the process by which the bridge was restored and now stands without supports in the” heart “of Epirus.

According to Mr. Kaliambakos, for the restoration of Greece’s emblematic single arch bridge, the researchers used “none of the modern technologies, no hidden reinforcement, not even a kilo of metal more than the minimum placed in the original bridge”. They focused, he points out, on the artisans completing their work “by correctly interpreting what Master builder Bekas had done with his own stone masons 150 years ago.” The result, today, in mid-February 2020 is “a bridge that is more than the original’s twin; it is a bridge with the same DNA…”, noted a very moved Mr. Kaliambakos.