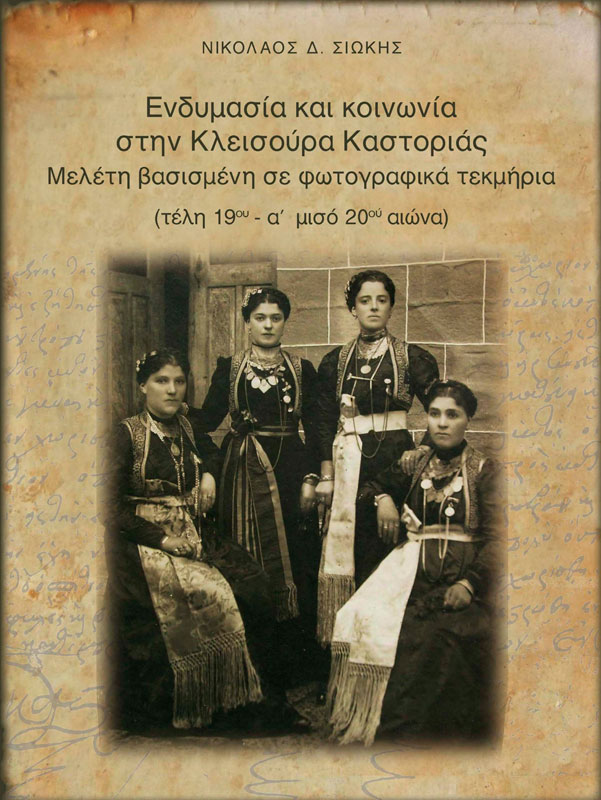 A study based on photographic material

This publication represents the fruit of my many labors and many years of research and the presented rare visual documents aim to reconstruct and disclosure the by now lost shape of my beloved hometown Kleisoura.

From the majority of the photographs presented we hope to have achieved to determine the local identity of a small town of Macedonia, but also to highlight the economic, social and intellectual development of a historic village with a shining history, albeit unknown to modern day scientific research. The introductory text does not take into account the aesthetic part of the photographs, but targets an approximation of each image as an anthropological depiction of the evolution of the village to an important hamlet and a premature urban center in Southeast Europe.

Due to the great geographical location and active transit trade of the inhabitants, Kleisoura was culturally influenced by Konstantinoupoli (Istanbul) and other major urban centers of Central Europe and the Balkans. The commercial boom and the early involvement of Kleisourian merchants in the bourgeoisie of the Greek communities substantially improved living conditions and influenced the evolvement of their dress sense. The continuous interaction with cultural centers of the East and West contributed to the introduction of new cultural elements and helped create unparalleled artefacts, which survived the old ways and infused them with the modern ones. The reflection of the new economic reality is evident in the richness and variety of clothing and in jewelry. Especially for women, the aesthetic guidelines of the European concepts were embraced and provided useful information about their social status.

The costume diversity of the residents of Kleisouras reflects the social stratification, and is clearly noted in the old photos that are presented

The farmers costumes were made for the most part, from the wool of domestic home production and were distinguished for their simplicity and conservatism, this was a requisite of the daily household and other chores, and also by their limited financial capabilities.

The costumes of the craftsmen of Kleisoura showed their higher social and economic position in the township and the strong influences from fashion and habits of Konstantinoupoli (Istanbul), while the bourgeois and the merchants that operated in the urban centers of Central Europe and Balkan countries adopted early on several European costumes and dressed like the francs.

In the late 19th and early 20th century in Kleisoura many photographers appeared, both famous and anonymous, and their work only testified to their high artistic level. Their photographs, in conjunction with the sartorial testimonies, provide us with important information about the daily habits, types of shoes, jewelry and hairstyles and certifies the prosperity of the town from the late 18th to early 20th century.

The most renown Kleisourians are Nicholas Karavatakis and Emmanuel Dollas, the Manakia brothers from Avdella Grevena, the Papazoglou brothers and Konstantinos Panagiotou from Kastoria and the to date holdover of George Papadopoulos from the village Vassiliada.

To the above names we can add the occasional visitors of the mountainous village in the early 20th century, like the philhellene Swiss photographer Frédéric Boissonnas (1858-1944), the French soldiers of the allied armies of the East (Armèe d’Orient), that crossed the area between the 1915-1919, as well as the amateur photographer George Vafiadakis (1890-1978), who visited Kleisoura on an Athens Trekking Association trip to Macedonia in 1934. Many images are also stored in private archives of Kleisourian permanent residents or expatriates, who used to visit their home town for vacations, especially during the summer months.The amateur material that was left by the bank clerk Con. G. Kiantos, who enjoyed to photographing churches, landscapes and panoramic views of Kleisoura, circulated widely for many years been compatriots as a greeting postcard (photocards).

With their lenses they captured the twilight of an era of prosperity for Kleisoura and the grim reality of warfare during the first half of the 20th century.

(Text written by the author)