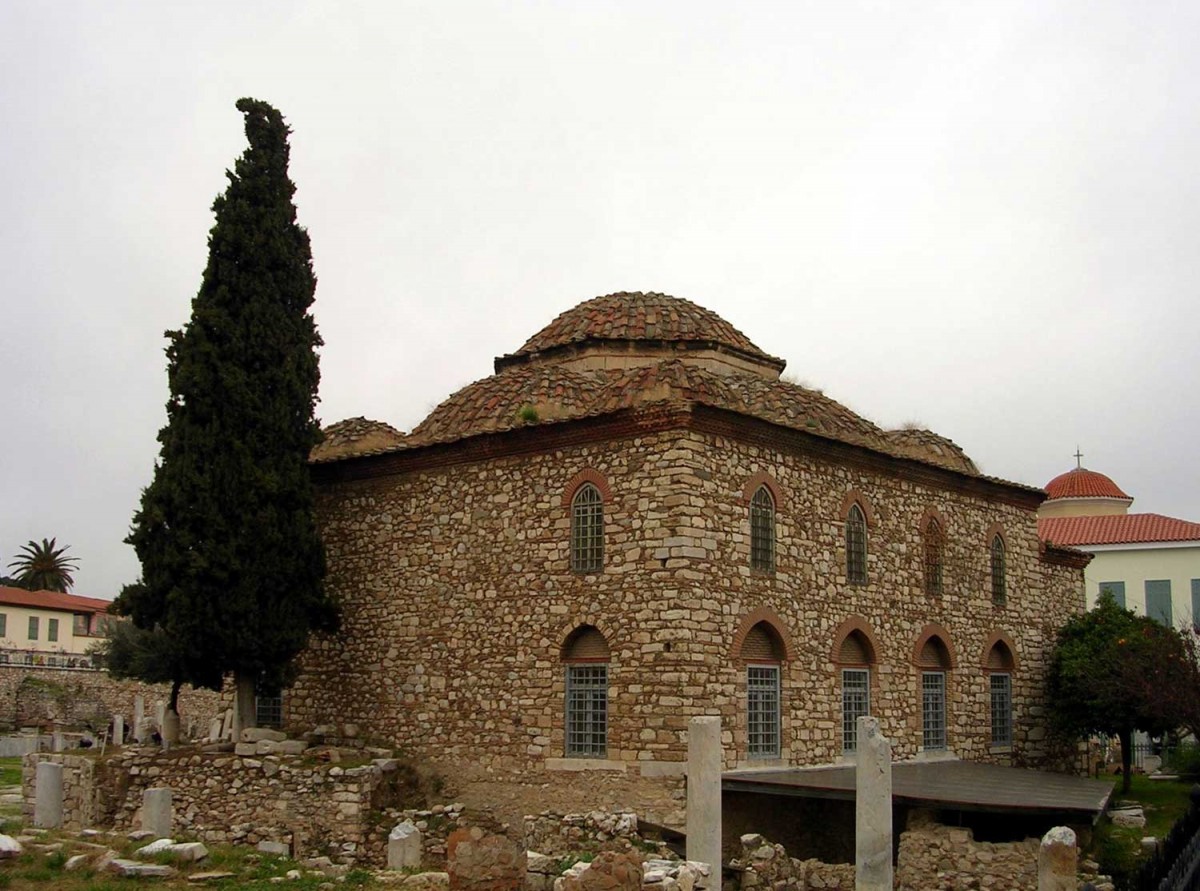 The Fethiye Mosque will be restored

It was also knwon as the mosque of Staropazaro, the Wheat Bazaar, as it was in the midst of the shops selling grains. Its Turkish name connected it with Sultan Mehmed the Conqueror’s visit to Athens in 1458, a fact which has misled researchers to date the mosque to that period.

The Fethiye Mosque (“Mosque of the Conqueror”) in Monastiraki will be restored, as the Central Archaeological Council has given the green light to the study submitted. The aim is to enhance the monument, which is considered one of the most significant of the Ottoman era, and to open its doors to the public, most probably as an exhibition space or a cultural events venue.

The mosque, which for many decades has been used as a storage room for antiquities, was built in the years 1668-1670 on the ruins of a middle Byzantine Christian basilica of the 8th or 9th century, which was turned into a Muslim sanctuary. Researchers believe that the name Fethiye, which was given in honor of the Sultan, was related to this older sanctuary, remains of which are preserved (namely remains of the mihrab). It is considered the oldest representative example of “quatrefoil” (type of decorative framework consisting of a symmetrical shape which forms the overall outline of four partially overlapping circles of the same diameter), because the roof is divided into four tetra-spheres and because of the support system of the central dome. The quatrefoil type was probably modeled after the church of Agia Sofia, and can be seen in great temples in Istanbul (like the Blue Camii and the Yeni Camii), in the Balkans and even in Cairo.

The study focuses on problems of the exterior and the interior of the mosque, as the restoration of the roof, the crevices in the walls, the replacement of the cement floor with a stone floor (after a small scale excavation in the foundations is conducted, as researchers believe they will find remains of the older sanctuary), the conservation of the wall paintings.