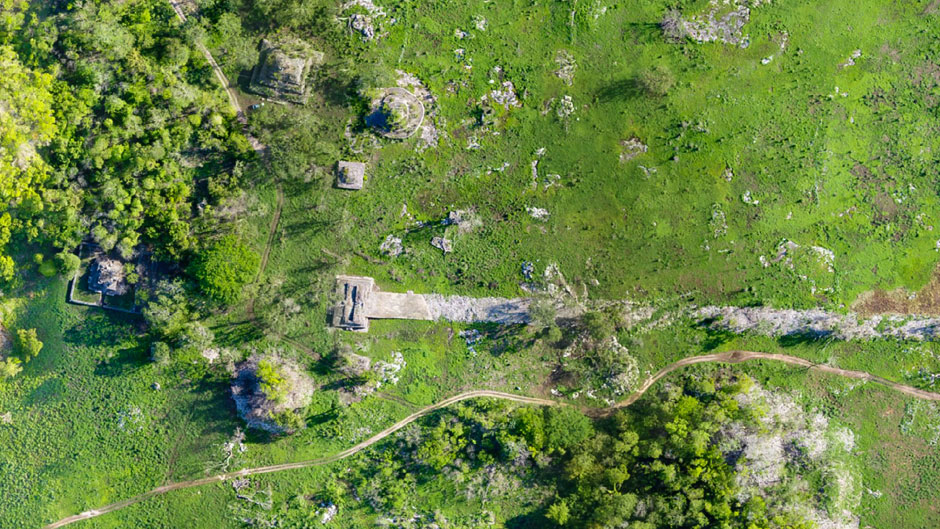 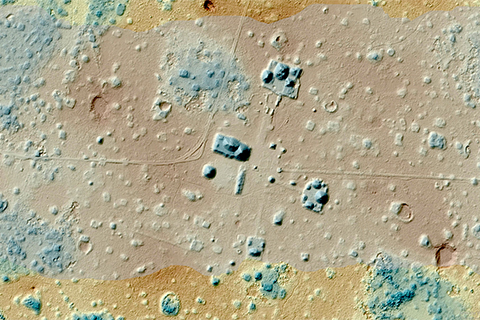 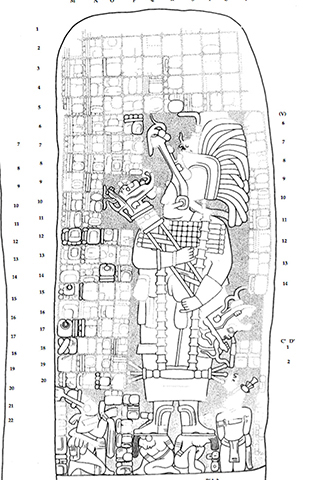 Using lidar technology to peer through thick vegetation, researchers are learning more about the longest road from ancient Maya civilization.

Did a powerful queen of Cobá, one of the greatest cities of the ancient Maya world, build the longest Maya road to invade a smaller, isolated neighbor and gain a foothold against the emerging Chichén Itzá empire?

The question has long intrigued Traci Ardren, archaeologist and University of Miami professor of anthropology. Now, she and fellow scholars may be a step closer to an answer, after conducting the first lidar study of the 100-kilometer stone highway that connected the ancient cities of Cobá and Yaxuná on the Yucatan Peninsula 13 centuries ago.

Once used mainly by meteorologists to study clouds, lidar—short for “light detection and ranging”—technology is revolutionizing archaeology by enabling archaeologists to detect, measure, and map structures hidden beneath dense vegetation that, in some cases, has grown for centuries, engulfing entire cities. Often deployed from low-flying aircraft, lidar instruments fire rapid pulses of laser light at a surface, and then measure the amount of time it takes for each pulse to bounce back. The differences in the times and wavelengths of the bounce are then used to create digital 3D maps of hidden surface structures.

The lidar study, which Ardren and fellow researchers with the Proyecto de Interaccion del Centro de Yucatan (PIPCY) conducted in 2014 and 2017 of Sacbe 1—or White Road 1, as the white plaster-coated thoroughfare was called—may shed light on the intentions of Lady K’awiil Ajaw, the warrior queen who Ardren believes commissioned its construction at the turn of the 7th century.

In an analysis of the lidar study, recently published in the Journal of Archaeological Science, the researchers identified more than 8,000 tree-shrouded structures of varying sizes along the sacbe—with enough total volume to fill approximately 2,900 Olympic swimming pools. The study also confirmed that the road, which measures about 26 feet across, is not a straight line, as has been assumed since Carnegie Institute of Washington archaeologists mapped its entire length in the 1930s, with little more than a measuring tape and a compass.

Rather, the elevated road veered to incorporate preexisting towns and cities between Cobá, which known for its carved monuments depicting bellicose rulers standing over bound captives, controlled the eastern Yucatan, and Yaxuná—a smaller, older, city in the middle of the peninsula. Yet, the isolated Yaxuná (pronounced Ya-shoo-na) still managed to build a pyramid nearly three times bigger and centuries before Chichén Itzá’s more famous Castillo, about 15 miles away.

“The lidar really allowed us to understand the road in much greater detail. It helped us identify many new towns and cities along the road—new to us, but preexisting the road,” Ardren said. “We also now know the road is not straight, which suggests that it was built to incorporate these preexisting settlements, and that has interesting geo-political implications. This road was not just connecting Cobá and Yaxuná; it connected thousands of people who lived in the intermediary region.”

It was partly Yaxuná’s proximity to Chichén Itzá, Mexico’s most famous Maya ruin which flourished after Yaxuná and Cobá waned, that led Ardren and other PIPCY researchers to theorize that K’awiil Ajaw built the road to invade Yaxuná and gain a foothold in the middle of the peninsula. Coba’s ruler for several decades beginning in 640 A.D., she is depicted in stone carvings trampling over her bound captives.

“I personally think the rise of Chichén Itzá and its allies motivated the road,” Ardren said. “It was built just before 700, at the end of the Classic Period, when Cobá is making a big push to expand. It’s trying to hold on to its power, so with the rise of Chichén Itzá, it needed a stronghold in the center of the peninsula. The road is one of the last-gasp efforts of Cobá to maintain its power. And we believe it may have been one of the accomplishments of K’awiil Ajaw, who is documented as having conducted wars of territorial expansion.”

To test their theory, Ardren, an expert on gender in ancient Maya society who edited the 2002 book “Ancient Maya Women,” and fellow PIPCY scholars received funding from the National Science Foundation to excavate ancient household clusters along the great white road. Their goal is to determine the degree of similarities between the household goods in Cobá and Yaxuná before and after the road was built. The thinking, Ardren said, is that after the road linked the two cities, the goods found in Yaxuná would show increasing similarities to Cobá’s.

So far, the researchers have excavated household clusters on the edge of both Cobá and Yaxuná, and they plan to begin a third dig this summer, at a spot informed by the lidar study. It sits between the two ancient Maya cities, on the great, white road that Ardren says would have glowed brightly even in the dark of night.

As she noted, the road was as much an engineering marvel as the monumental pyramids the Maya erected across southern Mexico, Guatemala, northern Belize and western Honduras. Although built over undulating terrain, the road was flat, with the uneven ground filled in with huge limestone boulders, and the surface coated with bright, white plaster. Essentially the same formula the Romans used for concrete in the third century B.C., the plaster was made by burning limestone and adding lime and water to the mixture.

“It would have been a beacon through the dense green of cornfields and fruit trees,” Ardren said. “All the jungle we see today wasn’t there in the past because the Maya cleared these areas. They needed wood to build their homes. And now that we know the area was densely occupied, we know they needed a lot of wood. Because they also needed it to burn limestone’’—and build the longest road in the Maya world 13 centuries ago.

In addition to Ardren, the coauthors on the lidar study include Travis W. Stanton, Nicholas C. Barth, Patrick Rohrer, and Stephanie J. Miller, of the University of California, Riverside; Juan C. Fernandez-Diaz, of the University of Houston; Aline Magnoni, of Cultural Heritage and Archaeology in the Maya Area; and Manuel Perez, of the National Institute of Anthropology and History in Mexico City.