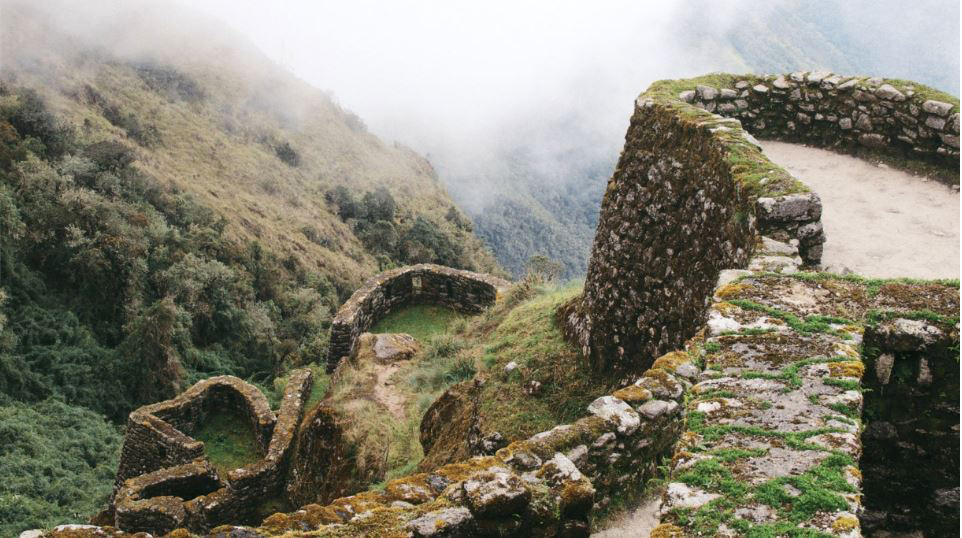 Centuries of archaeological research on the Inca Empire has netted a veritable library of knowledge. But new digital and data-driven projects led by Brown University scholars are proving that there is much more to discover about pre-colonial life in the Andes.

In a recently released edition of the Journal of Field Archaeology, Brown Assistant Professor of Anthropology Parker VanValkenburgh and several colleagues detailed new research they conducted in the former Inca Empire in South America using drones, satellite imagery and proprietary online databases. Their results demonstrate that big data can provide archaeologists with a sweeping, big-picture view of the subjects they study on the ground — prompting new insights and new historical questions.

“Some questions are really hard to answer when you’re looking at only one small story — say, digging a trench in the remains of a single house,” VanValkenburgh said. “Those big questions about the entire Inca Empire — those are very hard to answer with just a pick and a trowel.”

But as VanValkenburgh and his colleagues discovered, researchers can begin to answer those questions by harnessing the power of big data. Working with Vanderbilt University anthropologist Steven Wernke and Japanese ethnohistorian Akira Saito, VanValkenburgh helped to develop and populate two online databases that collect historical information and satellite imagery documenting the Spanish Empire’s forced mass resettlement of the Inca Empire in the 16th century.

One database, called LOGAR, includes collated information from the “Tasa de la Visita General,” a comprehensive record of the resettlement kept by the Spanish-appointed viceroy of Peru. Another, titled GeoPACHA, serves as a repository of new and existing imagery of these sites, from historical photos to current satellite images.

“This was one of the largest resettlement programs ever attempted by a colonial power in world history,” Wernke said. “More than a million people were moved. Yet because there is no single master list in the historical documents, more than half of the settlements had gone unidentified. Now, between the LOGAR and the GeoPACHA, we have identified around three quarters of them, which is astounding.”

Using the data they collected, VanValkenburgh, Wernke and Saito created a comprehensive map of every known Spanish-founded colonial settlement, or reducción, stretching from Ecuador to Chile, allowing those who study the region to understand the ebb and flow of social life on a multi-country scale. To demonstrate the potential insights these data hold, the authors created one figure that pinpoints each reducción atop a map of the Inca imperial highway system, demonstrating that the Spanish relied heavily on indigenous infrastructure to conquer and restructure the Inca Empire. Another figure color-coded each reducción by elevation, demonstrating that the data could help inform studies about the ways in which mass resettlement affected Inca settlement systems.

“My team is looking at the different types of terraces people created to support farming in northeastern Peru, and mapping out the places where we’re seeing Inca-style terracing in satellite imagery on a massive scale will help us examine both large-scale population history and the scope of Inca impacts on local environments,” VanValkenburgh said. “But there are also all sorts of new questions that pop up when you scale out like this.”

The power of scale was at the heart of an array of research showcased in the Feb. 12 special issue of the Journal of Field Archaeology, edited by VanValkenburgh and Andrew Dufton, a recent Brown Ph.D. graduate who now teaches at the University of Edinburgh in Scotland. The supplement, VanValkenburgh said, aimed to provide the first ever survey of the potential benefits and drawbacks of big data in the field of archaeology.

Another of VanValkenburgh’s projects, in which he teamed up with Brown Assistant Professor of Environmental Studies James Kellner to capture the architectural complexity of the massive pre-Columbian site of Kuelap using drone LiDAR (Light Detection and Ranging) technology, is also featured in the journal edition.

“In archaeology, big data science is really in its infancy, compared to other fields such as genetics and astronomy,” VanValkenburgh said. “But what it holds the promise of enabling us to do is to look at processes and patterns on a continental scale, allowing us to, for example, examine the ways in which entire societies have adapted to climate change over long periods of time.”

But the use of big data in a humanities-focused field is not without challenges, VanValkenburgh pointed out in the journal introduction he penned with Dufton. Researchers’ increasing reliance on high-resolution satellite imagery could raise concerns about individual privacy and national security. Those who want to share data with peers at other institutions or in other countries will face challenges, since the sheer variability of archaeological materials makes it almost impossible to establish universal naming conventions like those employed in medicine or physics.

And especially paramount, VanValkenburgh said, an overreliance on data-driven archaeological methods could distance scholars from the very people and civilizations their research seeks to better understand.

“We’ve sold our field on the fact that it adds a human dimension to history,” VanValkenburgh said. “People are worried about how big-picture perspectives miss the small stories that have been archaeology’s bread and butter for a really long time, as well as the future of the community-based and local partnerships that are increasingly important to archaeological practice.”

He believes that in an ideal world, big data’s role in archaeology will be to start conversations, not make definitive conclusions. His work with Wernke and Saito demonstrates that databases exist to open up new research avenues, most of which will still require archaeological boots on the ground and constant communication with members of the communities where archaeologists work.

“I think we need to be excited about what technology can tell us, but we also need to be humble,” VanValkenburgh said. “Digital archaeology needs to be in deep conversation with the meat-and-potatoes work of excavation and surveying, as well as being fundamentally deferential to the even more vital concerns of local stakeholders.”