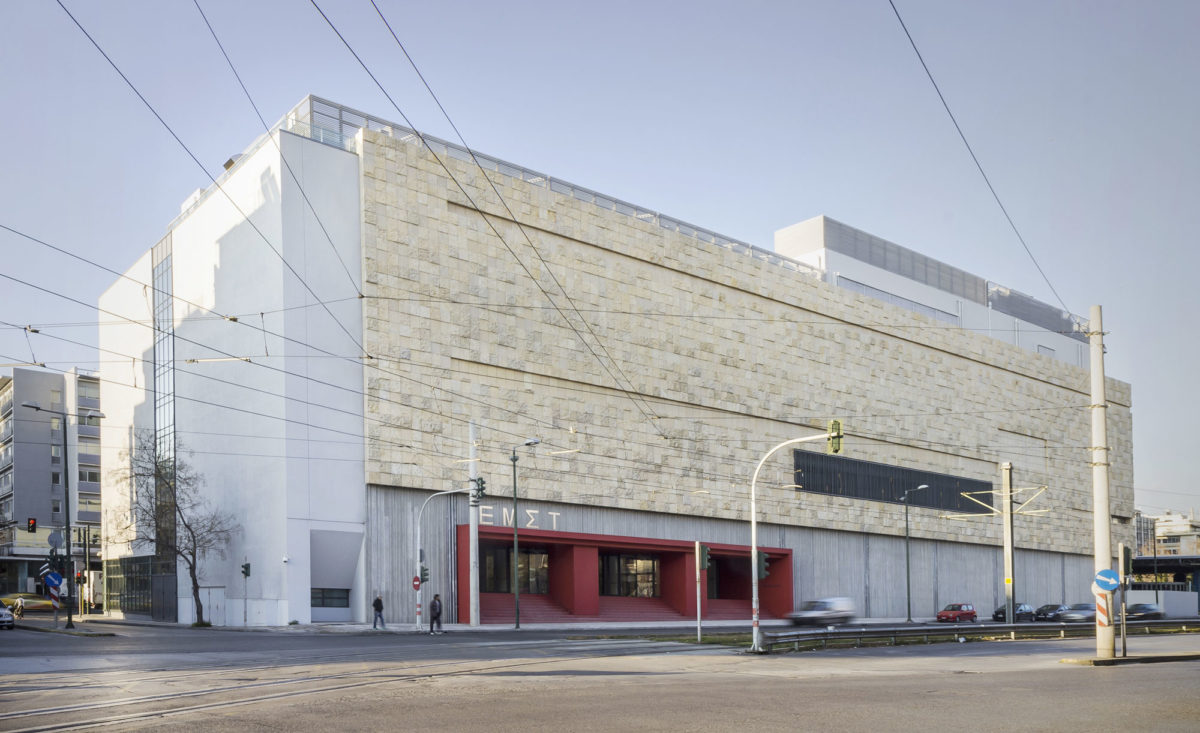 The National Museum of Contemporary Art is opening on February 28

Entrance will be free over the trial period

Its permanent collection now accessible to the public, the National Museum of Contemporary Art/EMST opens its doors on Friday 28 February, with free admission until the end of the trial period.

The museum’s official opening will take place in a few weeks, possibly before Easter. By then, the Ministry of Culture will have appointed a director for a two-year term, and in 2020 will hold an international competition for the position of director of the National Museum of Contemporary Art.

As stated by Minister of Culture Lina Mendoni at a press conference, among the top priorities of the Ministry, but also the Prime Minister’s wish, is to transfer the building’s ownership to the EMST. The building of the EMST is leased by Attico Metro SA under a 50-year contract signed in 2002 for the needs at that time of building the museum (in the underground garage) and the Fix metro station. Ms Mendoni is also proceeding with legislation to create a position of administrative and financial head – a practice she is considering to establish in all other organizations overseen by the ministry such as the National Theatre, the State Theatre of Northern Greece and others.

The Ministry of Culture, the minister said, will increase the EMST budget for its operating expenses, in particular for the necessary staff recruitment, and will provide funding for temporary exhibitions and the purchase of works of art by the EMST director. The exhibition presents 172 works by Greek and foreign artists, out of a total of 1,300 works listed in the permanent collection. The latter was put together when the EMST started to operate 20 years ago from purchases and artists’ and collectors’ donations.

Οccasionally, some have been partially displayed in exhibitions (Athens Concert Hall, Athens School of Fine Arts, Athens Conservatory) during the itinerant years of the EMST. Now, finally at home, the works are resonant and powerful. The monumental crosses by Jannis Kounellis; symbols of hope and desire. The metal perforated house with the iron sculpture figures of Mappemonde created by George Lappas referring to the history of humankind. The Emily Jacir refugee tent embroidered by Palestinians and Israelis. The “Raft” of people trapped between threat and hope by Bill Viola the pioneer of video art. The dense black and white drawings of Dikos Byzantios. The visual calendar of Bia Davou. The dividing lines of Danae Stratou, which violently separate human lives… On the three floors of the collection, the exhibition’s orientations are diffused; political narratives, mythologies, new perspectives.

Lina Mendoni described last Monday as a “historic day”. She was referring both to the exhibition of the National Museum of Contemporary Art’s permanent collection – based on a study prepared by the former director of the EMST Katerina Koskina and approved by the Central Council of Museums – and also the full museum equipment required by the collection’s exhibition. “If this time around the donation of €3m for equipment by the Stavros Niarchos Foundation, due to expire in March 2020, had not been used, the opportunity to open the museum would have been lost once more” Ms Mendoni pointed out .

“It is an important day for EMST and modern culture”, said the minister, noting that the first visitors to the permanent collection were students of the First Experimental School in Plaka. “It took 16 years for the museum to open with its permanent collections”, she continued. “To date, the Fix building has served as a cultural space, housing exhibitions and events that were by all means important, but that was not its purpose. Since it was founded in December 1997, the EMST, along with the Museum of Contemporary Art in Thessaloniki (in operation for several years now), is intended to be a museum of contemporary art that will also host big exhibitions and big events. It is now opening to remain open. I can understand that there are some that are not easily convinced because they have seen and heard about many openings and inaugurations in the past. It is neither a rushed nor a careless opening” the minister said, referring to the museum’s trial period of operation.

It should be noted that the Union of the Museum’s Employees is questioning the potential for “a quality operation of a major museum such as the EMST”, stressing in its statement that there are “staff shortages in the areas of security, sanitation and services to the public”. And that “the EMST staffing is proceeding very slowly, mainly through mobility or fixed-term contracts.”

On her part, the Minister of Culture expressed her gratitude to the 60 employees of the EMST “regarding all these years, but mainly for the last seven months” and assured them that they would “continue to have the ministry’s full support”.

After going back over the EMST’s complicated course since the appointment of its first director Anna Kafetsi in 2000 up to the present, Ms Mendoni reminded her audience among other things that the first target for the opening of the EMST was 2004, to coincide with the Athens Olympics. She did not fail to thank “all of the 14 governments, because each one in its own way, whether more or less effective, helped us get to where we are today”.

She further referred to the total public expenditure on the building, amounting to €44,625,440, which also covered part of the exhibition programme. Funds came from the 3rd CSF, the 2007-2013 NSRF, state funds and a $3m donation from the Stavros Niarchos Foundation for the museum’s equipment.

Lastly, she noted that the Ministry of Culture “is not a substitute for any of its supervised bodies, and therefore neither for the administration of the National Museum of Contemporary Art; rather it supports and facilitates the museum”. She then thanked the following: current EMST President George Papanastasiou and all the administrative board, the EMST’s first director Anna Kafetsi “who was here for many years and made her own contribution”, Katerina Koskina “because she worked systematically during her term and the EMST is now opening with her own approved studies”, Andreas Drakopoulos president of the “Stavros Niarchos” Foundation for reinstating the Foundation’s sponsorship in 2019 and “allowing for more time resulting in the EMST finally ‘being unlocked’”. She ended by acknowledging the Ministry of Culture’s services.