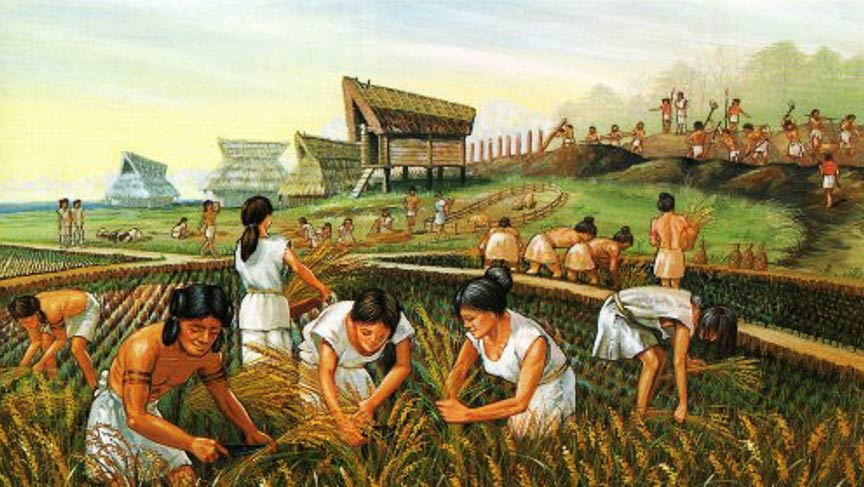 As ancient farming developed, so did cooperation — and violence

The growth of agriculture led to unprecedented cooperation in human societies, a team of researchers, has found, but it also led to a spike in violence, an insight that offers lessons for the present.

A new study out in Environmental Archaeology by collaborators from UConn, the University of Utah, Troy University, and California State University, Sacramento examines the growth of agriculture in Eastern North America 7,500 to 5,000 years ago, and finds that while the domestication of plants fostered new cooperation among people, it also saw the rise of organized, intergroup violence.

“We were interested in understanding why people would make the shift from hunting and gathering to farming,” says Elic Weitzel, a UConn Ph.D. student in anthropology. “Then I started to get interested in what happened in society after they made that shift and started farming on a larger scale.”

The team used the “ideal free distribution” model to look at patterns of how individuals distribute themselves in an area, meaning places where people will begin occupying the best locations first. A number of factors make an area more suitable such as access to food, water, raw materials, and shelter. To measure suitability, the team looked at an indicator called “net primary productivity,” which is a measure of available energy based on the plants in the area. In areas of higher net primary productivity, there were more people clustered together – and more conflict.

“If you are living in a suitable area, you can lay claim and keep others from accessing what you have. That becomes a cooperative process, because one person is not as effective as a whole group is at defending a territory,” says Weitzel.

A growing population can decrease the suitability of a location over time, but that does not always mean declining quality of life. To study this, the team also took into consideration the concept known as Allee’s Principle, which states that individual fitness, or likelihood of survival and reproduction, increases as the density of the population increases due to cooperative behaviors. Weitzel explains that for something like a crop of plants, they represent something valuable, and the value of cooperative behavior becomes apparent.

“The transition from a hunting and gathering society to an agricultural society is dependent on collaboration,” says co-author Stephen Carmody, of Troy University. “The development of agriculture appears to only have happened in nine places around the world so Eastern North America is a unique part of the world to study. Agriculture was one of the most consequential transitions that happened in the past. It changed our whole economic situation.”

Developments such as combined efforts for harvesting and defense, and possibly even sharing seeds among groups, could happen with interpersonal cooperation, which leads to greater chances of survival for the group.

As the saying goes, many hands make for lighter work and, Weitzel says, the research is about cooperation and competition at the same time.

“When a resource like domesticated crops is dense and predictable, that is when we expect that it would be defendable,” he says. “Other groups may want access to your crop in case their crop failed, for example. There is cooperation and there are aspects of competition. Harvesting and defending.”

Weitzel explains that this time period – 7,500 to 5,000 years ago – is not only when researchers found people aggregating and living cooperatively in high-quality locations, it is also when they saw an uptick in intergroup violence, as shown by skeletons showing the effects of “trophy-taking.”

“Of course there are signs of violence throughout history, but trophy-taking is a different type of violence,” Weitzel says. “The victor removes a part of the loser as a signal they won. They took scalps, hands, feet, heads – that first evidence appears to have happened at the same time as plant management.”

This reflects the Allee Principle’s limit: a point at which population density surpasses an optimum number, and suitability declines as a result.

“As the ideal free distribution and Allee effects predict, at a certain point, the benefits of cooperation start to wane and you see dispersal again. There are incentives to be around other people, but not too many other people,” says Weitzel.

“We see a lot of things that look modern to us, for example social inequality and climate change,” Carmody says. “However, these are fundamental processes and large-scale issues. A lot of these issues tie back to the origin of agriculture.”

By understanding early human interactions, Weitzel says this knowledge can help understand our present and even influence the way we think about the future.

“This is one of the ways archaeology is relevant to contemporary and future society,” he says. “The modeling of human behaviors in society and our relationships can help us overcome current collective action problems. We are all better off if we cooperate.”