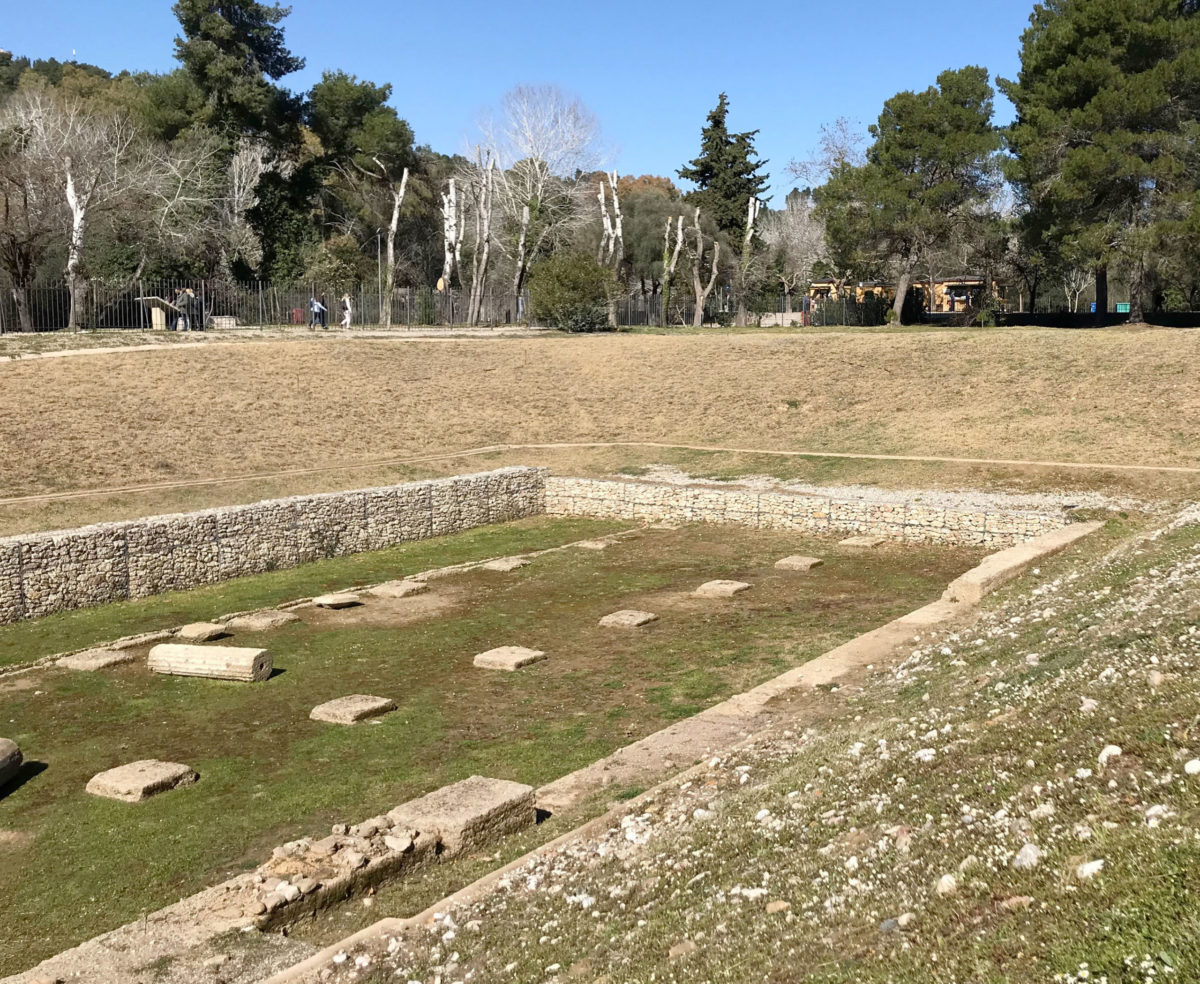 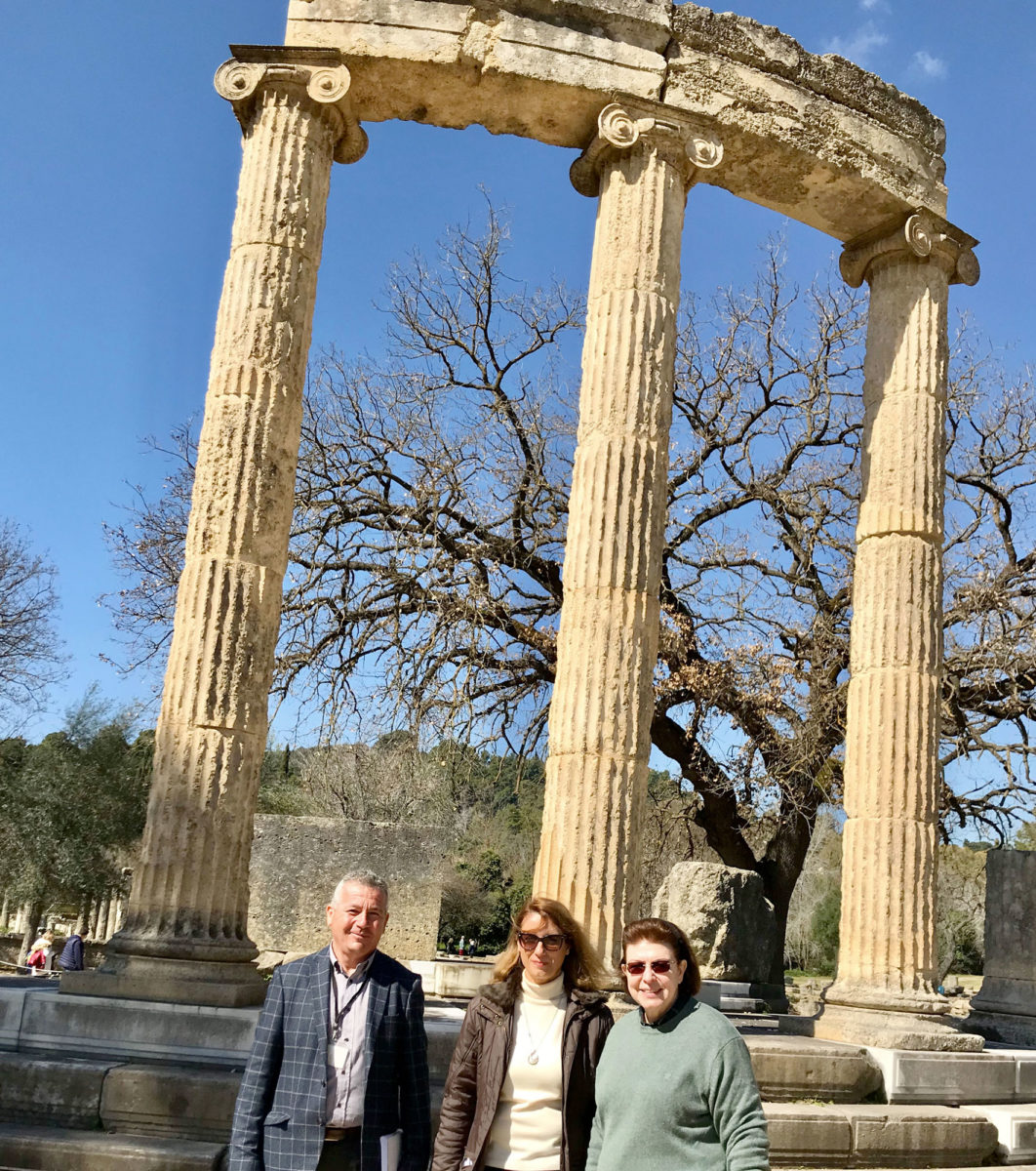 At the archaeological site and the two museums

On Sunday and Monday, March 1 and 2, Minister of Culture and Sports Lina Mendoni, accompanied by Head of the Ilia Ephorate of Antiquities, Erofili Kollia and administrative staff, conducted an inspection of the archaeological site of Olympia, the Archaeological Museum and the Museum of the Ancient Olympic Games.

“On the occasion of the ceremony at the site of Ancient Olympia of the lighting of the Olympic flame which will then travel to Tokyo, but also in view of the upcoming tourist season, our presence here was imperative,” Ms Mendoni said. “Both the 98.8 acres of archaeological site and the two museums are ready to welcome visitors.”

The second phase is soon to begin of the project for enhancing the Gymnasium; the training area for athletes who participated in the Olympics, The inclusion of this project in the current funding period – 2014-2020 Western Greece ROP (Regional Operational Programme)- was agreed on a few days ago at an extended meeting held in Patras. The first phase of the Gymnasium enhancement project had been incorporated in 2013 into the 2007-2013 NSRF and completed in 2015.

“The project’s second phase,” said Ms. Mendoni “can be completed in 18 months following its integration, substantially altering the image of the entrance to the archaeological site. At the same time, the study of the third enhancement phase of the 192m length Gymnasium will have advanced. The realization of the latter requires the removal of the road dividing the archaeological site from the museum and its replacement with a pedestrian path and a bicycle lane, allowing a view of the Gymnasium gallery/stoa”.

Next the minister met with the local authorities to discuss such important issues as the pressing need to arrange reception and parking spaces for tourist buses, taxis and cars of visitors to the archaeological site and museums. Also discussed was the Ministry of Culture’s study of the thematic tourist route, which provides for the creation of a pedestrian route and bicycle path as far as the Olympic Academy, which should be modified in places given the enhancement of the ancient Gymnasium.

The mayor requested the Ministry of Culture’s cooperation in the architectural competition planned by the Municipal Authority regarding the upgrading of the town and of Ancient Olympia on a wider scale. The possibility was also discussed of jointly designing and implementing a training programme for craftspeople in the making of moulds for plaster casting, as well as upgrading the Festival of Ancient Olympia, in co-operation with cultural organizations such as the Athens-Epidaurus Festival, the National Theatre and the National Opera.

After thanking the Mayor and his services for cooperating with the Ilia Ephorate of Antiquities, the Minister referred extensively to the cooperation between the Ministry of Culture and Sports and Microsoft, as agreed by Prime Minister Kyriakos Mitsotakos, and the company’s president Brad Smith. Microsoft, is to create a programme on Ancient Olympia to enhance the overall experience of visitors to the archaeological site.

Lastly, this month Ms. Mendoni intends to meet and conduct an inspection with the relevant authorities to prepare a strategic plan for the preservation and enhancement primarily of the Roman monuments at Olympia. The plan also aims to prolong the visitors’ stay at the archaeological site, which will certainly boost the local economy.