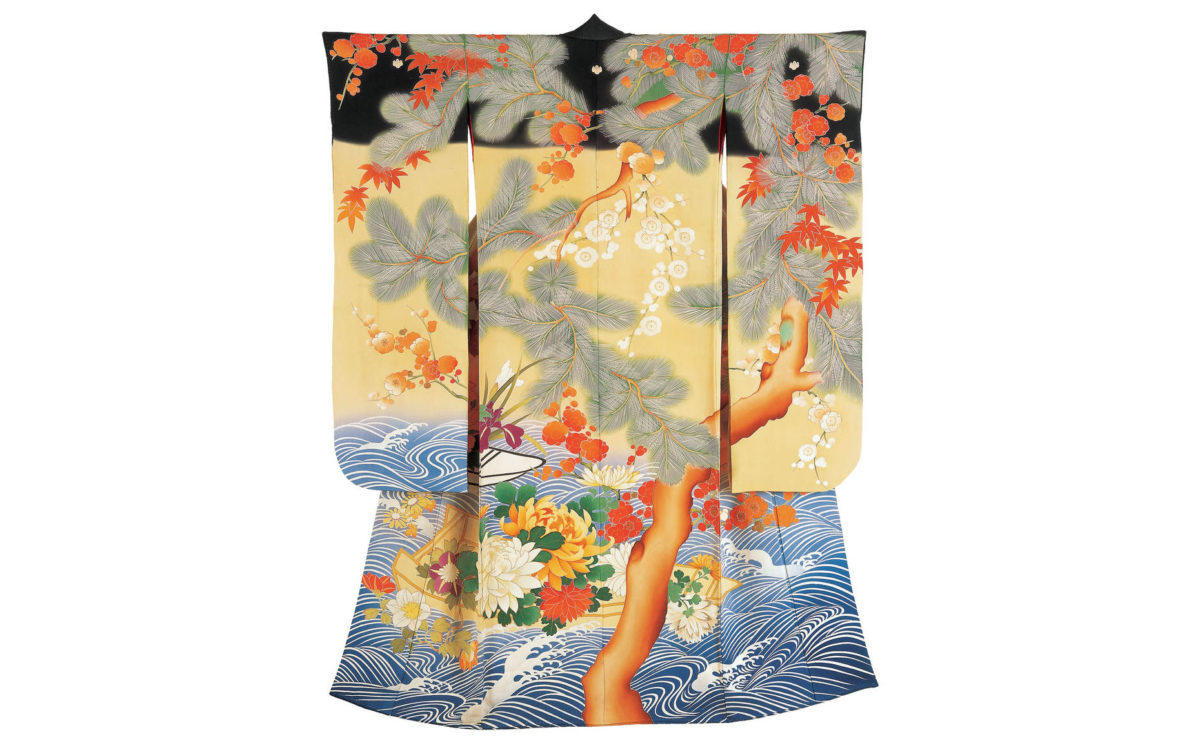 The first big exhibition in Europe on the kimono

At the V&A museum, London

Yves Saint Laurent, Freddy Mercury and George Lucas were seduced by the charm of the kimono, whose evolution since the Middle Ages in Japan is the topic of an exhibition in London. The kimono was worn by the Jedi knights in Lucas’ science fiction series “Star Wars” and by David Bowie’s futuristic alter ego Ziggy Stardust.

Over 100 kimonos highlight the contrasting variations of the most famous Japanese garment that was once a simple dressing gown in the exhibition entitled “Kimono: Kyoto to Catwalk” at the V&A Museum, London.

The exhibition includes paintings, film costumes, accessories and other objects which along with the garments narrate the exciting history of Japan’s national dress that has never ceased influencing fashion on an international scale.

It is the first big European exhibition on the kimono and reveals its social and sartorial significance from the 1660’s down to our times, both in Japan and the rest of the world.

The oldest kimono in the exhibition dates from 1660- 1680 and bears simple maple leaves embroidered onto water motifs. The most recent is from 2019, a creation by designer Milligan Beaumont and is a long coat with a hood in the skateboarder style.

“Its very fluidity is what I think makes it such an iconic source of inspiration,” said the exhibition’s curator Anna Jackson to AFP. The opening was last Saturday.

The V&A’s director Tristram Hunt commented: “when we think about fashion, the kimono may not be the first item that comes to mind”. The exhibition that will run to June 21 “challenges this perception”.

The main exhibits are three kimonos representing the garment’s past , present and future: an old kimono from 1800 next to a creation by John Galliano, for Dior, a pink bar jacket with embroidered cherry blossoms with wide sleeves folding like origami  from the French House’s Haute Couture Spring 2007 Collection and a kimono of today by Japanese designer Jotaro Saito.

The kimono was worn by men and women and started appearing in Europe thanks to the Dutch East Indies Company that allowed trading with Japan despite the isolation policy of the Edo period (1615-1868) that restricted any contact with foreigners. In the 19th century Japan began making kimonos of French silk and Europe made them of Japanese fabrics. In 1958, Saint Laurent turned it into a cocktail dress with a wide skirt and a bolero jacket. Jean Paul Gaultier was inspired by the kimono to create the outfit worn by Madonna for the video of the song Nothing Really Matters. The exhibition also displays designs by Thom Browne, Duro Olowu and Yohji Yamamoto.

After London, the exhibition “Kimono: Kyoto to Catwalk” will be transferred to Göteborg, Sweden, Amsterdam and Montreal, Canada.