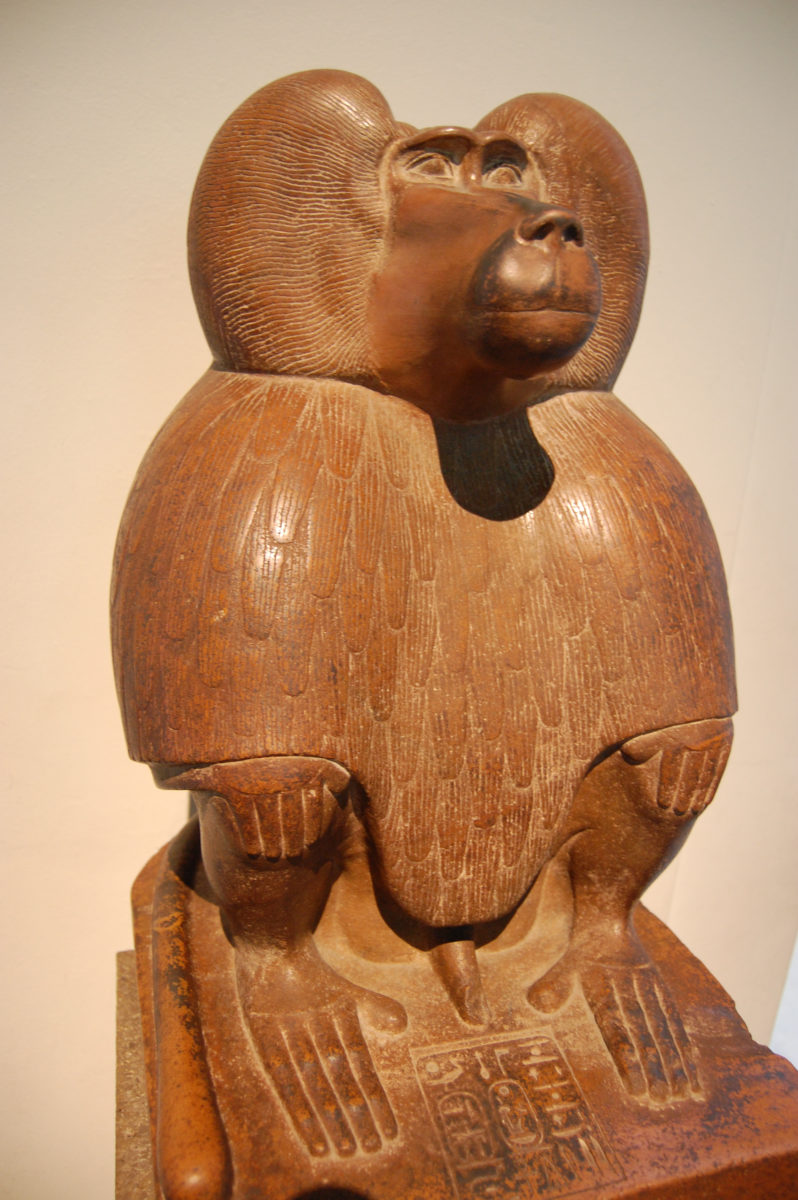 Baboons from ancient Egypt might hold the key to domestication mechanisms

Baboons from ancient Egypt might actually hold the key to the mechanism of domestication in their teeth! And this is because, when raised in captivity, such baboons were found to bearing a unique oral microbiome surviving in their dental plaque. This is what was found in a groundbreaking metagenomic study on dental calculus (known as mineralized plaque) in ancient animals.

The research team led by Claudio Otoni (University of Oslo), sought to characterize for the first time the oral microbiome of six baboons (Papio hamadryas and P. anubis) evidently raised in captivity in Egypt during the Late Period. The research objective was to add to our understanding of mechanisms of translocations, changes in diet, feeding strategies and breeding control. The above would lead to comprehending the procedures of domestication and animal management through time.

As explained in the article, Baboons were never fully domesticated in Egypt or elsewhere, and like most primates, they are characterized by foraging behavior and diet in their wild environment. Still, ancient Egyptians were renowned for their worship of animals and for keeping them as pets. Baboons and, to a lesser extent, other cercopithecine monkeys such as green monkeys (Cercopithecus aethiops) and macaques (Macaca sylvanus) were sacred animals and objects of a cult dedicated to Thoth, the god of writing and knowledge. As a result, more than 300 cercopithecine mummies have been found so far in three Egyptian necropoleis, Gabbanat el-Qurud, Saqqara and Tuna el Gebel.

Still, the natural habitat of baboons is not an Egyptian environment, so Egyptians imported them initially from Nubia (since Predynastic times), and later on from the Horn of Africa or the Arabian Peninsula. Captivity conditions for baboons in ancient Egypt are illustrated by palaeopathological evidence of hand and foot fractures and metabolic diseases, suggesting that the animals were subject to harsh treatment and suffered from poor health conditions.

As it is noted in the publication abstract, dental calculus, or mineralized plaque, represents a record of ancient biomolecules and food residues. Recently, ancient metagenomics made it possible to unlock the wealth of microbial and dietary information of dental calculus to reconstruct oral microbiomes and lifestyles of humans from the past.

Although most studies have so far focused on ancient humans, dental calculus is known to form in a wide range of animals, potentially informing on how human-animal interactions changed the animals’ oral ecology. In that framework, the experts characterized the oral microbiome of six ancient Egyptian baboons and of two historical baboons from a zoo via shotgun metagenomics. Ancient specimens come from Gabbanat el-Qurud (near Thebes, Upper Egypt), where they were held captive in unknown structures, possibly near or in temples, and buried. They date from the end of the Third Intermediate Period and the middle of the Late Period (800–540 BC), and they were collected at the ‘Musée des Confluences’ of Lyon (France).

As for the historical specimens, they come from the skeletal remains of two hamadryas baboons born and raised at the Zoological Society of Philadelphia (in Pennsylvania, USA) at the end of the 19th century. Then they compared the oral microbiome of the ancient and historical baboons with that of a wild chimpanzee, modern, historical and prehistoric humans from the literature, in particular individuals associated with documented subsistence strategies, from hunting-gathering (including three Neanderthals) to pastoralism and farming.

Characterizing showed that captive baboons possessed a distinctive oral microbiome when compared to ancient and modern humans, Neanderthals and a wild chimpanzee. This microbiome is largely dominated by Actinobacteria. This uniqueness may, at first, reflect the omnivorous dietary behavior of baboons. Still, health, food provisioning and other factors associated with human management may have changed the baboons’ oral microbiome. “Far away from the natural semi-arid conditions which they were adapted to, the ancient Egyptian baboons suffered from poor health, which may have been caused by life in the confined environment of temples and human nutritional management”, experts explain in the publication.