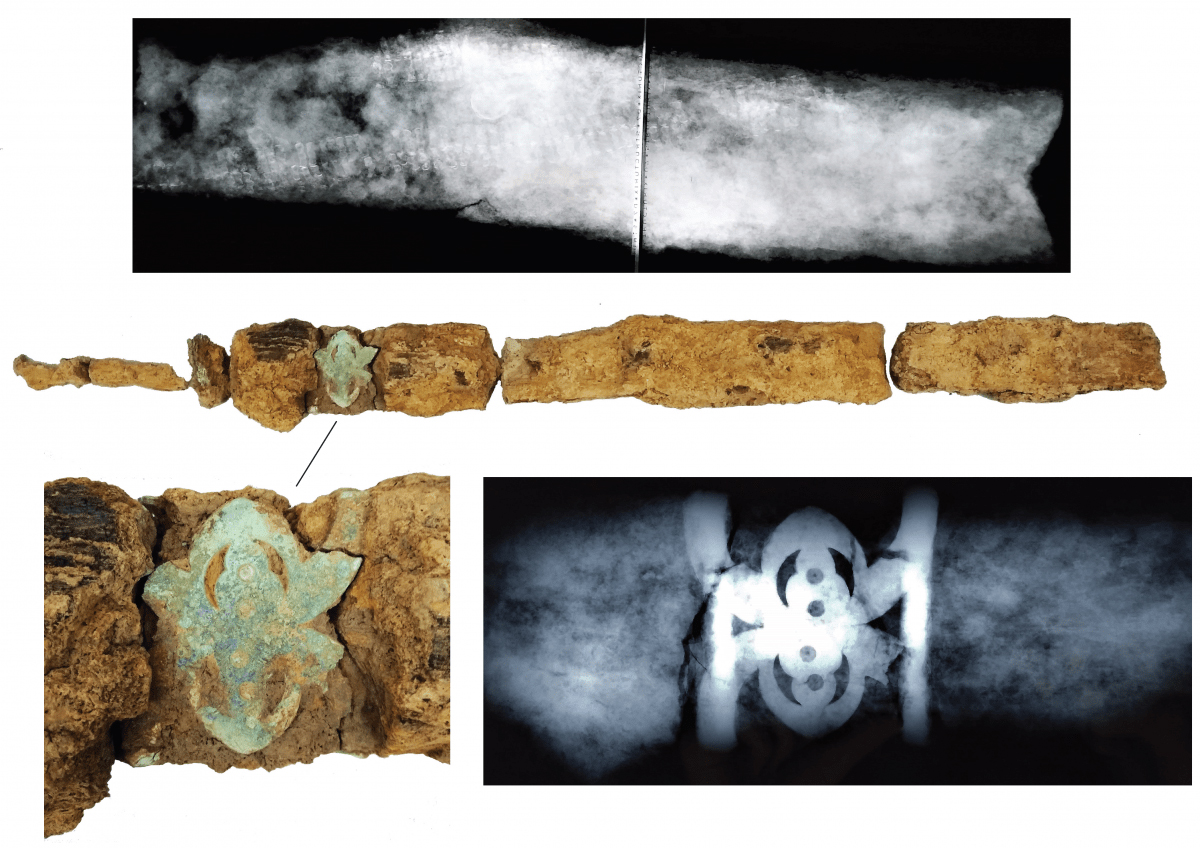 A richly-furnished grave belonging to an Iron Age ‘warrior’ buried 2,000 years ago has been uncovered in West Sussex by UCL archaeologists.

Iron weapons had been placed inside the grave, including a sword in a highly-decorated scabbard and a spear.

The burial was discovered during an excavation commissioned by Linden Homes, who are developing a site on the outskirts of Walberton, near Chichester, to create 175 new homes.

The team that made the discovery were from Archaeology South-East, the commercial branch of UCL’s Institute of Archaeology.

ASE archaeologist Jim Stevenson, who is managing the post-excavation investigations into the burial, said: “There has been much discussion generally as to who the people buried in the ‘warrior’ tradition may have been in life. Were they really warriors, or just buried with the trappings of one?

“Although the soil conditions destroyed the skeleton, the items discovered within the grave suggest that the occupant had been an important individual.”

The grave is dated to the late Iron Age/ early Roman period (1st century BC – AD 50). It is incredibly rare, as only a handful are known to exist in the South of England.

X-rays and initial conservation of the sword and scabbard reveal beautiful copper-alloy decoration at the scabbard mouth, which would have been highly visible when the sword was worn in life.

Dotted lines on the X-ray may be the remains of a studded garment worn by the occupant when buried. This is particularly exciting for the archaeologists as evidence of clothing rarely survives.

The grave also held the remains of a wooden container, preserved as a dark stain, likely used to lower the individual into the grave.

Four ceramic vessels were placed outside of this container, but still within the grave. The vessels are jars made from local clays and would usually have been used for food preparation, cooking and storage. It is likely that they were placed in the grave as containers for funerary offerings, perhaps intended to provide sustenance for the deceased in the afterlife.

Using photogrammetry a 3D model of the grave has been created, which can be viewed online.

Archaeologists are continuing to investigate this new discovery. By looking at other burials with weapons from the same time, they hope to find out more about the identity and social status of this individual, and the local area and landscape around that time.