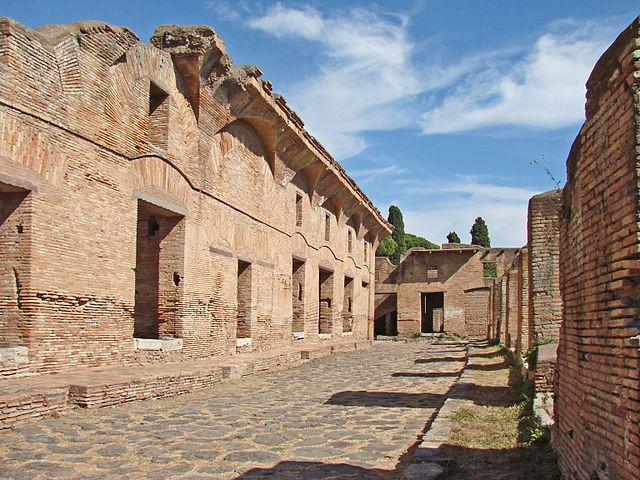 The Dynamics of Neighbourhoods and Urban Quarters

There are different definitions of the term ‘neighbourhood’ in various research disciplines. The definition offered by Michael E. Smith (Smith 2010), which ascribes the possibility of face-to-face interaction to a neighbourhood (as opposed to the larger institutional unit of the district) as an essential element, should be emphasised. In German language, the definition of neighbourhood oscillates between the concept of the Quartier (spatial-social structure whose spatial extension depends on social and cultural parameters) and that of the Nachbarschaft (a social phenomenon with a small-scale face-to-face extension, for example in a housing community). The terms thus describe two different (but not strictly separate) scales of social and spatial connectivity.

Boundaries of neighbourhoods can be defined by spatial and architectural realities (such as rivers, large streets and closed building structures), which also affect the social organisation of a city. In other cases such boundaries don’t exist or are not as easily identified. Therefore, it is helpful to observe patterns in material culture (accumulation of specific house layouts, shops/workshops of certain professions, or specialised public buildings such as theatres or temples), which may indicate social parameters of cluster formation within a settlement. In this sense, Ray Laurence (Laurence 1994) used shrines, fountains, and bars as identification points for a city district. More recently, smaller-scale approaches considered the impact of city blocks (insulae) and streets on the social connectivity of a ‘neighbourhood.’

The colloquium will therefore use case studies to discuss ways of identifying neighbourhoods. If possible, the single cases should be analysed from a diachronic perspective, with a view on spatial and social change through laws, practices and uses of architecture, forms of investment, and/or the status of their inhabitants.

Session 1: Social norms, practices, and communication
Central to the social organisation of neighbourhoods are social norms that regulate living together, but also forms of community action, such as religious practices and communication amongst the inhabitants. All contributions in this section are expected to briefly outline at the beginning how neighbourhoods or urban quarters are constituted, and thus how certain spatial formations arise. Starting from this more general ‘definition’, more specific questions can be asked:
-How did laws regulate access to infrastructure (e.g. water), the responsibilities for shared infrastructure (maintenance of streets, responsibilities during outbreaks of fire, etc.) or the practical realisation of houses (façade design, the building of blocks, etc.)?
-What is the political impact of spatial organisation? And vice versa: how do politics influence the social patterning of cities?
-What do we know about the interactions of social groups within neighbourhoods, including cultic-religious practices that contributed to social cohesion?
-Is it possible to identify neighbourhoods/quarters that were home to a concentration of socio-cultural or ethnic groups or spaces in which ‘excluded’ social groups gathered?

Session 2: Building organisation and neighbourhood relations: insula blocks and ‘building entities’
A specific, but particularly revealing form of neighbourhood organisation, is the phenomenon of the city block (insula). The surrounding streets delimit building activities inside the block and thus pre-structure social interaction in certain ways. Living in the same block requires, on a pragmatic level, agreements on the joint use of resources (especially water and light, corridors) and thus can imply strong social ties between residents. Against this background, it is interesting to contrast the form of insula layouts, dominant in many cities of the Roman period, with alternative modes of settlement organisation (agglutinative/agglomerating building). Analyses starting from the spatial disposition of a ‘building entity’ can address different questions:
-How were the built structures within a block determined by its specific form, topography, and/or its position within the city? Is it possible to identify particular social groups as generators of specific spatial solutions?
-How is a city block/building entity provided with basic resources and services? In what way is this organised across properties or between neighbours, and does this lead to observations regarding the level of social cohesion amongst the latter?
-To what extent do built structures within a city block and social bonds within neighbourhoods overlap?

Session 3: Shared building and design initiatives: the street perspective
Aside from city blocks, the street played an important role in the daily life of a neighbourhood. Streets could connect or separate different spatial units (from singular residential buildings to whole districts) and their inhabitants. For this reason, the adjacent buildings and infrastructure were interwoven with the street space. Building activities might have responded to phenomena such as movement on the street or the appearance of other properties nearby and thus could potentially regulate levels of social interaction within a neighbourhood. Therefore, the layout of streets and the design of related buildings (houses, shrines, etc.) and adjacent infrastructure are of major importance for a better understanding of how neighbourhoods were defined by the built environment. Several questions arise from the street perspective:
-Which forms of social interaction amongst neighbours become tangible in an analysis of streetscapes? How can the street be described as an interaction space for neighbours?
-Are specific forms of neighbourhood interaction intended for (or carried out within) a specific part of the street?
-Who were the initiators of particular building activities; who were the intended recipients of these measures?

The chronological focus of the colloquium is the Roman Imperial period; the geographic focus is the Mediterranean. However, contributions that deal with earlier/later phenomena or other areas are also welcome. The language of the colloquium is English, and a publication is foreseen. The colloquium is financed by the ROOTS Cluster of Excellence. Should it be necessary for external reasons (e.g. Covid-19), the meeting will be held online.

Please send a title and abstract (300 words) of your proposed paper along with your contact details and a short academic CV to [email protected] by April 15th, 2020.