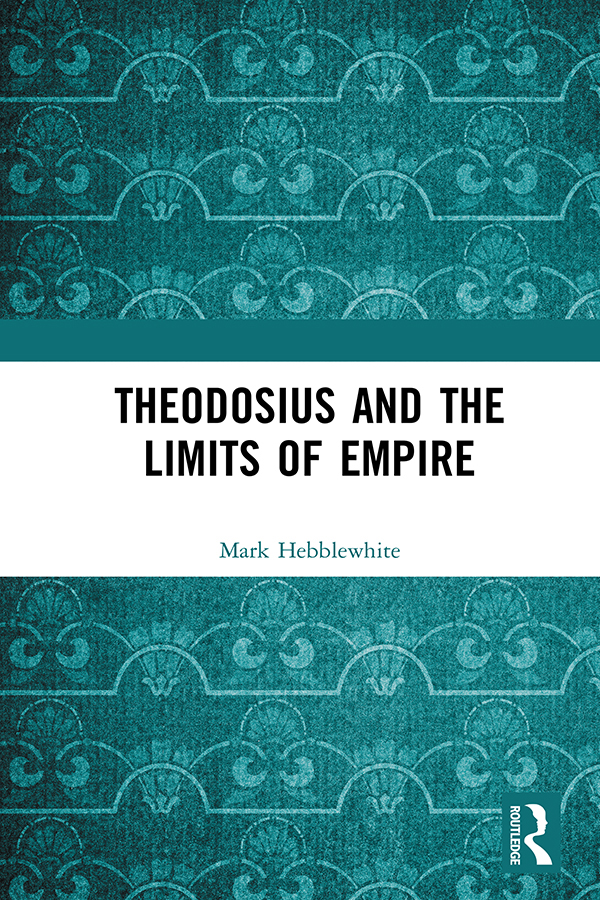 Theodosius and the Limits of Empire

This monograph is the first English language biography of Theodosius I in 25 years and is designed to be a concise, source based work that reflects the latest scholarly approaches to one of the most controversial and important emperors of late antiquity. Iwill be released by Routledge in the coming weeks (and which is available for pre-order now).

The emperor Theodosius I (AD 379–395) was one of the most remarkable figures of the late antique period. In the face of religious schism, political turmoil, and barbarian threats he managed to maintain imperial power and forge a political dynasty that would dominate both east and west for over half a century. This study, the first English language biography in over twenty years, traces his rise to power and tumultuous reign, and examines his indelible impact on a rapidly changing empire.

Mark Hebblewhite completed his PhD at Macquarie University, Australia in 2012 and has taught widely in the field of Ancient History. His research interests centre on the ideology and politics of the later Roman Empire, with particular reference to the role of the army. He currently works at the Australian Catholic University.