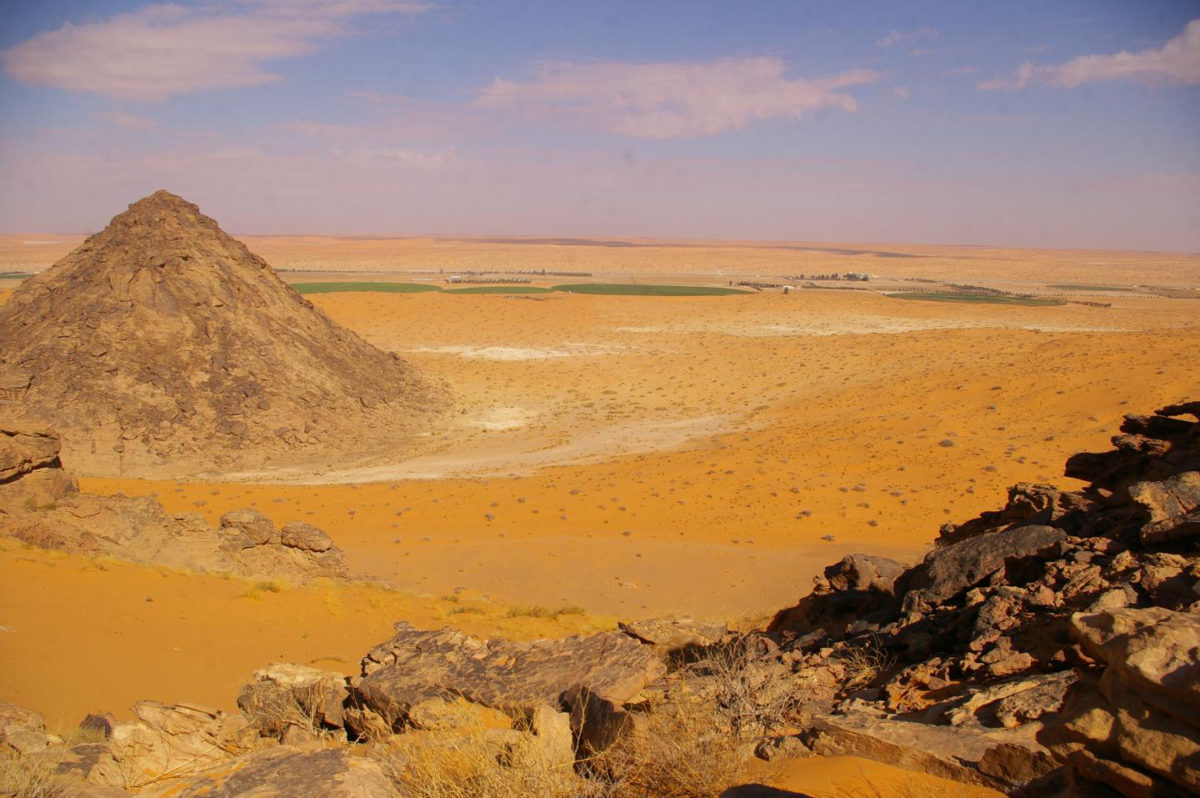 Societal transformations and resilience in Arabia

Across 12,000 years of climate change

Today, the Arabian Peninsula is one of the most arid regions in the world. But its climate has not always been the same, and the past has seen both greater aridity and more humidity at different points in time. As a region at risk of water stress in a heating world, Arabia is of significant interest to scientists studying climate change.

In the current study, archaeologists from the Max Planck Institute for the Science of Human History in Jena, Germany, conduct the first detailed comparison of human-environment interactions across Arabia, examining southeastern Arabia and the emerging record from northern Arabia. They find that ancient peoples responded to climate changes in a variety of ways, based on the region in which they lived and the environmental, social and technological resources available to them.

Approximately 10,000 years ago, Arabia saw a significant increase in rainfall and an expansion of lakes and vegetation which supported human settlements across the peninsula. In the millennia that followed, however, a series of extreme droughts led to drastic ecosystem changes.

In northern Arabia, the presence of large, shallow aquifers and seasonal playas facilitated survival through highly variable climatic conditions, including several centuries-long droughts. In particular, desert oases – including one in what is now the city of Jubbah – sustained human occupation, and the archaeological record indicates human presence in the surrounding Nefud Desert at multiple times during a 9000-year period. The discovery of the Jebel Oraf rockshelter on the fringes of the Jubbah oasis and a lakeside site with more than 170 hearths and remains of cattle show long-term habitation of the region. As Dr. Maria Guagnin explains, “pastoralist populations occupied the region repeatedly across millennia, relying on mobility and an extensive knowledge of the landscape and its resources to survive climatic changes and droughts.”

During the ‘Dark Millennium,’ an arid period lasting from approximately 5,900 to 5,300 years ago during which much of Arabia is thought to have been uninhabitable, the researchers again find evidence of occupation at the Jubbah oasis. In other areas of northern Arabia, people constructed walls around oases, built landscape features to capture water runoff and began excavating wells. “Taken together,” Dr. Huw Groucutt notes, “these finds indicate that the presence of extensive shallow aquifers, in combination with high population mobility, water management strategies and economic transformation, provided opportunities for the long-term survival of north Arabian populations.”

Southeastern Arabia, in contrast with the north, seemingly enjoyed fewer sources of groundwater and saw a more direct correlation between the succession of ancient droughts and dramatic social change. After the Holocene Humid Phase, a subsequent climatic downturn lasting from 8,200 to 8,000 years ago brought effects so extreme that it is thought to have been linked to a shift from hunting and gathering to domesticated animal herding, according to previous research. Subsequent droughts (7,500 to 7,200 years ago and 6,500 to 6,300 years ago) correspond with declines in interior desert occupation, the development of herder and fisher communities on the coast, and the establishment of a maritime trade network between Arabian pastoralists and agricultural communities in Mesopotamia.

The extreme aridity of the ‘Dark Millennium’ brought about the abandonment of the southeast Arabian desert interior and the migration of populations to the Gulf coast. Previous research findings suggest, however, that even coastal populations felt the effects of strained resources. Earlier excavations at the seaside site of Ras al-Hamra reveal that Omani coastal populations from this period were in poor overall health. Specially arranged dugong (marine mammal) bone mounds excavated on the island of Akab in the United Arab Emirates suggest ritualized acts of consumption, perhaps a response to food scarcity.

Understanding the relationship between regional manifestations of climate change and adaptations that allow for societal resilience can provide valuable lessons for modern societies the world over. “For millennia, moving away from hard-hit regions was the main human response to severe climate downturns,” says lead author Professor Michael Petraglia, “but with growing population sizes and an increasing investment in place, options for human mobility have decreased over time. In the same way, the rapid depletion of aquifers in recent years highlights the need for sustainable solutions to meet environmental challenges.”

The researchers stress that taking action now to address the climate emergency is in the world’s best interest. “Sometimes people dismiss climate change as something we don’t need to worry too much about, because we’ve faced it before,” notes Professor Nicole Boivin, director of the Institute’s Department of Archaeology and a coauthor of the study. “But the scenarios we face now are unprecedented. Not only is human-caused climate change more unpredictable, but the options available to societies today are much more limited than those that allowed our ancestors to weather past changes.”