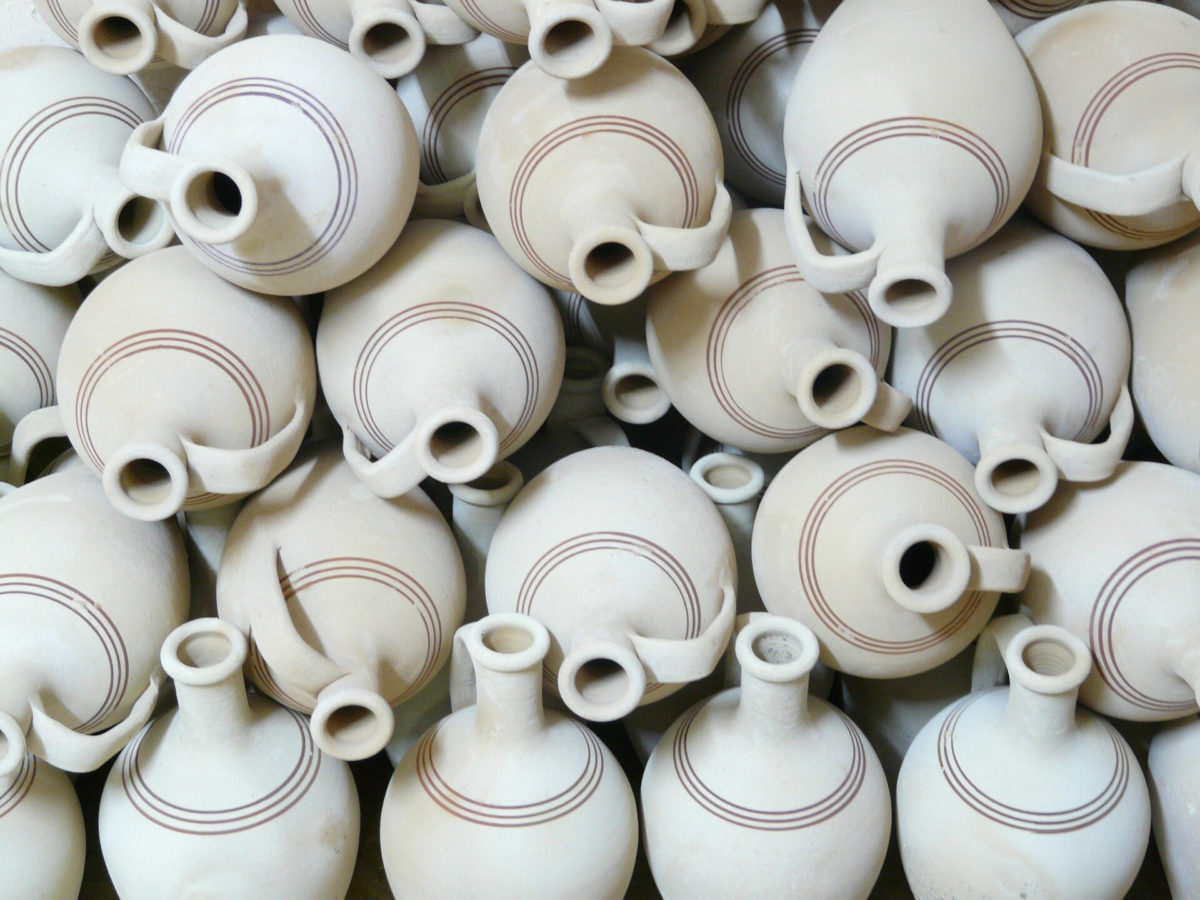 Shedding new light on prehistoric past

The exciting new method is now being used to date pottery from a range of key sites up to 8,000 years old in Britain, Europe and Africa.

Pottery and the dating game

Archaeological pottery has been used to date archaeological sites for more than a century, and from the Roman period onwards can offer quite precise dating. But further back in time, for example at the prehistoric sites of the earliest Neolithic farmers, accurate dating becomes more difficult because the kinds of pottery are often less distinctive and there are no coins or historical records to give context.

This is where radiocarbon dating, also known as 14C-dating, comes to the rescue. Until now, archaeologists had to radiocarbon date bones or other organic materials buried with the pots to understand their age.

But the best and most accurate way to date pots would be to date them directly, which the University of Bristol team has now introduced by dating the fatty acids left behind from food preparation.

Professor Richard Evershed from the University of Bristol’s School of Chemistry led the team. He said: “Being able to directly date archaeological pots is one of the “Holy Grails” of archaeology. This new method is based on an idea I had going back more than 20 years and it is now allowing the community to better understand key archaeological sites across the world.

“We made several earlier attempts to get the method right, but it wasn’t until we established our own radiocarbon facility in Bristol that we cracked it. There’s a particular beauty in the way these new technologies came together to make this important work possible and now archaeological questions that are currently very difficult to resolve could be answered.”

How the method works

The trick was isolating individual fat compounds from food residues, perhaps left by cooking meat or milk, protected within the pores of prehistoric cooking pots. The team brought together the latest high resolution nuclear magnetic resonance spectroscopy and mass spectrometry technologies to design a new way of isolating the fatty acids and checking they were pure enough for accurate dating.

The team then had to show that the new approach gave dates as accurate as those given by materials commonly dated in archaeology, such as bones, seeds and wood. To do this the team looked at fat extracts from ancient pottery at a range of key sites in Britain, Europe and Africa with already precise dating which were up to 8,000 years old.

From the famous Sweet Track site in Somerset and several sites in the Alsace region of France, to the World Heritage site of Çatalhöyük in central Turkey and the famous rock shelter site of Takarkori in Saharan Africa, the new method was proven to date sites incredibly accurately, even to within a human life span.

Professor Alex Bayliss, Head of Scientific Dating at Historic England, who undertook the statistical analyses, added: “It is very difficult to overstate the importance of this advance to the archaeological community. Pottery typology is the most widely used dating technique in the discipline, and so the opportunity to place different kinds of pottery in calendar time much more securely will be of great practical significance.”

In London, England, the new dating method has been used on a remarkable collection of pottery found in Shoreditch, thought to be the most significant group of Early Neolithic pottery ever found in the capital. The extraordinary trove, comprising 436 fragments from at least 24 separate vessels weighing nearly 6.5 kilos in total, was discovered by archaeologists from MOLA (Museum of London Archaeology).

The site appeared to date from the time when the first farmers came to Britain but accurately dating it was difficult until the Bristol team, using their new dating method on traces of milk fats extracted from the pots, showed the pottery was 5,500 years old. The team were able to date the pottery collection to a window of just 138 years, to around 3600BC.

The results indicate that around 5600 years ago the area around what is now Shoreditch High Street was used by established farmers who ate cow, sheep or goat dairy products as a central part of their diet. These people were likely to have been linked to the migrant groups who were the first to introduce farming to Britain from Continental Europe around 4000 BC – just 400 years earlier.

Jon Cotton, a consultant prehistorian working for MOLA, said: “This remarkable collection helps to fill a critical gap in London’s prehistory. Archaeological evidence for the period after farming arrived in Britain rarely survives in the capital, let alone still in-situ. This is the strongest evidence yet that people in the area later occupied by the city and its immediate hinterland were living a less mobile, farming-based lifestyle during the Early Neolithic period.”

The results from this site are a prime example of where pottery survives in circumstances that other organic materials do not, so using this revolutionary new method will unlock important information about our prehistoric past.