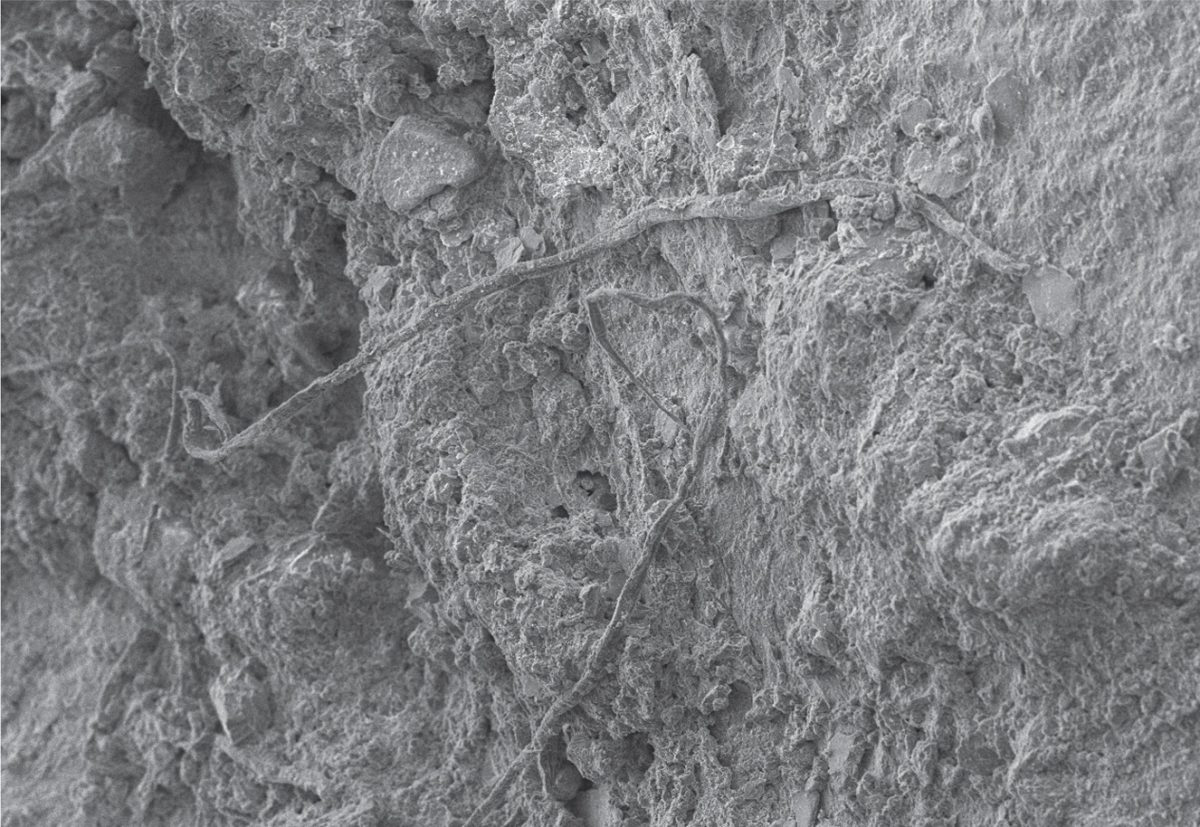 And their cognitive abilities

The discovery of the oldest known direct evidence of fibre technology using natural fibres to create yarn is reported in Scientific Reports this week.

The finding furthers our understanding of the cognitive abilities of Neanderthals during the Middle Palaeolithic period (30,000-300,000 years ago).

Bruce Hardy and colleagues discovered a six-millimetre-long cord fragment consisting of three bundles of fibres twisted together and adhering to a 60-millimetre-long, thin stone tool.

The authors speculate that the cord was wrapped around the tool as a handle or was part of a net or bag containing the tool. They date the cord fragment, which they discovered in Abri du Maras, France, to between 41,000-52,000 years ago.

Using spectroscopy and microscopy, they identified that the cord likely consists of fibres taken from the inner bark of a non-flowering tree such as a conifer.

The authors suggest that production of the cord would have required extensive knowledge of the growth and seasonality of the trees used. They also speculate that Neanderthals may have needed an understanding of mathematical concepts and basic numeracy skills to create bundles of fibres (yarn), the three-ply cord and rope from multiple cords.

Prior to this discovery the oldest discovered fibre fragments in the Ohalo II site in Israel dated back to around 19,000 years ago. The findings of the new study suggest that fibre technology is much older, and that the cognitive abilities of Neanderthals may have been more similar to those of modern humans than previously thought.