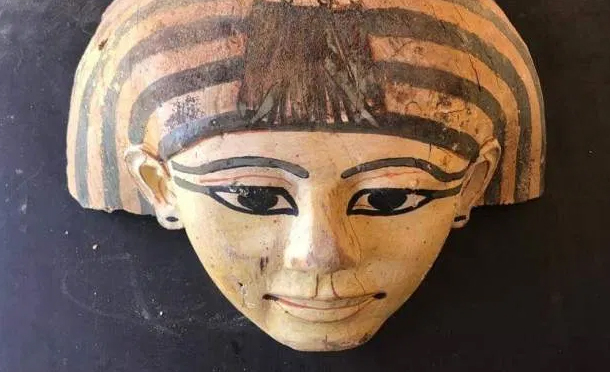 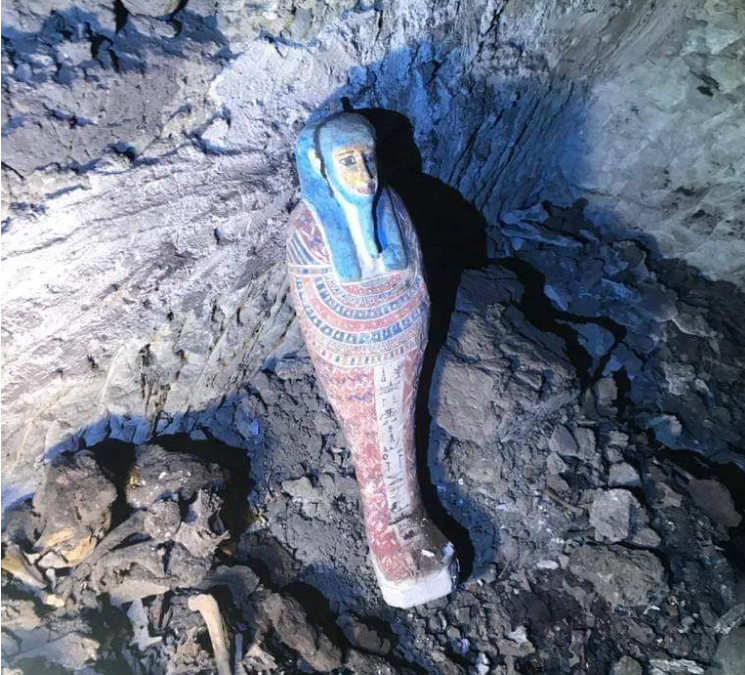 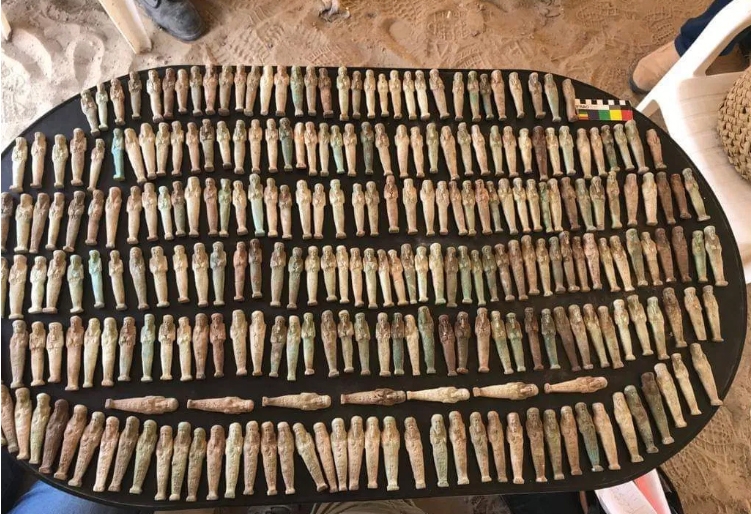 Third season of the project

The Tourism and Antiquities Ministry announced on Saturday a new discovery at the Sacred Animal Necropolis in Saqqara.

The most important of these discoveries were the gorgeously decorated tomb of Wahti and the cachette of the sacred birds and animals from which many animal mummies—some extremely rare—were brought to light.

The excavation work in that site in Saqqara began in April 2018, and it is still ongoing. In April 2020, the project is now in its third season.

A shaft measuring 120 x 90 centimeters 11 meters deep has been found, at the bottom of which five sealed stone coffins/sarcophagi, four niches in a room containing wooden coffins and Late Period human burials were uncovered.

A massive anthropoid wooden coffin, bearing hieroglyphs written in yellow pigment, was discovered in one of these niches.

Other objects that were discovered around this coffin, include 365 faience ushabti figurines, some of which bear hieroglyphs texts; a small wooden obelisk about 40 cm tall, all four of its sides bearing painted scenes depicting the goddesses Isis and Nephthys, and the god Horus, and wooden statues of the god Ptah-Sokar-Osiris.

Three pottery canopic jars in which the viscera removed during mummification were kept, in addition to many other artifacts.

All the small artifacts were removed from the shaft so they can undergo restoration before being stored in the ministry’s warehouses.

Home to the step pyramid of Djoser and the pyramid of Unas (the earliest pyramid and the first one to be inscribed with the so-called Pyramid Texts respectively), as well as the Serapeum, the vast area of Saqqara, outside Cairo, is key to the understanding of ancient Egyptian beliefs throughout history -from the early Old Kingdom to the Greco Roman era. Still, it seems that the site has still a lot to reveal, and authorities in Egypt and worldwide keep doing their best in excavating and recording new finds.