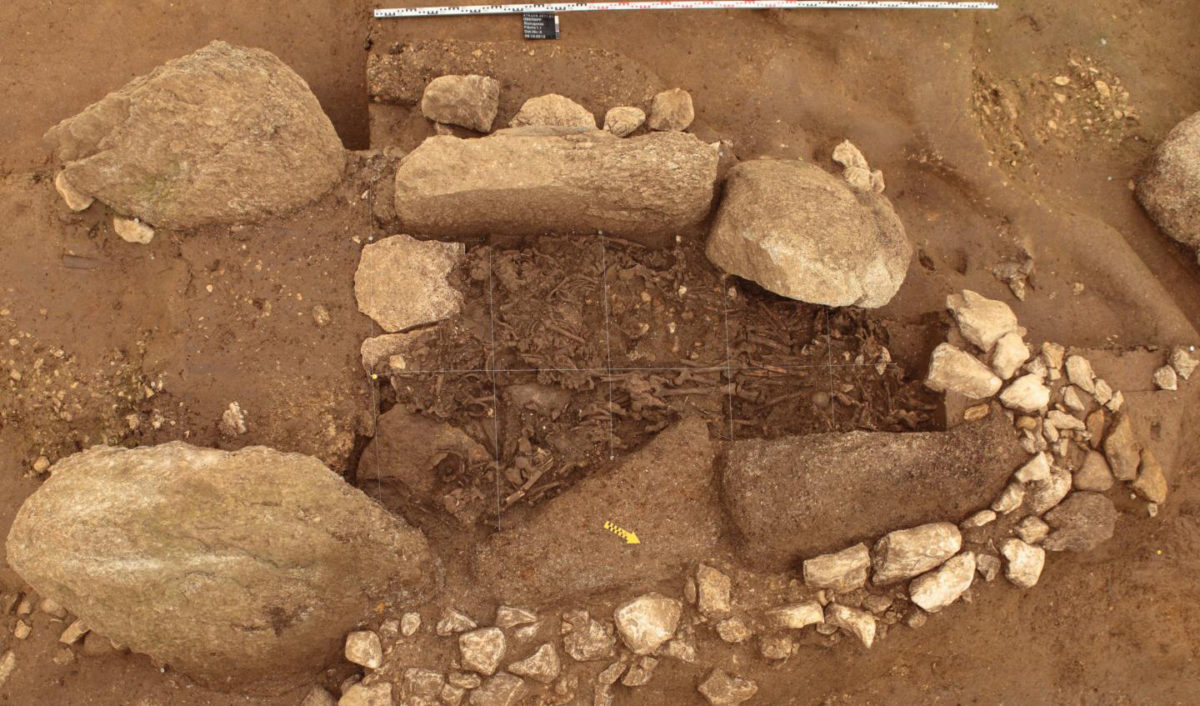 Genetic research throughout Europe shows evidence of drastic population changes near the end of the Neolithic period, as shown by the arrival of ancestry related to pastoralists from the Pontic-Caspian steppe. But the timing of this change and the arrival and mixture process of these peoples, particularly in Central Europe, is little understood. In a new study published in Nature Communications, researchers analyze 96 ancient genomes, providing new insights into the ancestry of modern Europeans.

With Neolithic settlements found everywhere from lake shore and bog environments to inner alpine valleys and high mountain passes, Switzerland’s rich archeological record makes it a prime location for studies of population history in Central Europe. Towards the end of the Neolithic period, the emergence of archaeological finds from Corded Ware Complex cultural groups (CWC) coincides with the arrival of new ancestry components from the Pontic-Caspian steppe, but exactly when these new peoples arrived and how they mixed with indigenous Europeans remains unclear.

To find out, an international team led by researchers from the University of Tübingen, the University of Bern and the Max Planck Institute for the Science of Human History (MPI-SHH) sequenced the genomes of 96 individuals from 13 Neolithic and early Bronze Age sites in Switzerland, southern Germany and the Alsace region of France. They detect the arrival of this new ancestry as early as 2800 BCE, and suggest that genetic dispersal was a complex process, involving the gradual mixture of parallel, highly genetically structured societies. The researchers also identified one of the oldest known Europeans that was lactose tolerant, dating to roughly 2100 BCE.

“Remarkably, we identified several female individuals without any detectable steppe-related ancestry up to 1000 years after this ancestry arrives in the region,” says lead author Anja Furtwängler of the University of Tübingen’s Institute for Archeological Sciences. Evidence from genetic analysis and stable isotopes suggest a patrilocal society, in which males stayed local to where they were born and females came from distant families that did not carry steppe ancestry.

These results show that CWC was a relatively homogenous population that occupied large parts of Central Europe in the early Bronze Age, but they also show that populations without steppe-related ancestry existed parallel to the CWC cultural groups for hundreds of years.

“Since the parents of the mobile females in our study couldn’t have had steppe-related ancestry either, it remains to be shown where in Central Europe such populations were present, possibly in the Alpine mountain valleys that were less connected to the lower lands” says Johannes Krause, director of the Department of Archaeogenetics at MPI-SHH and senior author of the study. The researchers hope that further studies of this kind will help to illuminate the cultural interactions that precipitated the transition from the Neolithic to the Early Bronze age in Central Europe.