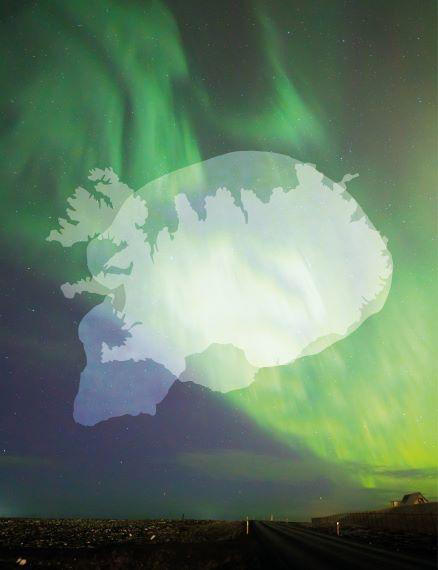 An international team of researchers has put together a new image of Neanderthals based on the genes Neanderthals left in the DNA of modern humans when they had children with them about 50,000 years ago. The researchers found the new pieces of the puzzle by trawling the genomes of more than 27,000 Icelanders. Among other things, they discovered that Neanderthal women gave birth when they were older than the Homo-Sapien women at that time, and Neanderthal men became fathers when they were younger.

It is well-known that a group of our ancestors left Africa and, about 50,000 years ago, met Neanderthals in Europe, and then had children with them.

Now, a new analysis shows that the Neanderthals may have had children with another extinct species of human (Denisovans), before they met Homo Sapiens, and that these children have been fertile and transferred genes from both species further on to modern people.

How can an analysis show all that?

Neanderthals may well be extinct, but small pieces of their DNA live on in us. All living people outside Africa have up to two per cent Neanderthal genes in their DNA.

However, this two per cent is scattered as small fragments in our genomes, and not all individuals have inherited the same fragments. The fragments are like pieces of a jigsaw puzzle, and if they are put together correctly, they will show a picture of the genome in the Neanderthal population that the modern Homo Sapiens had children with.

New method to find the pieces

First, of course, we have to find these pieces. And this is precisely what the group of researchers from Denmark, Iceland and Germany did to produce their results, published in the scientific journal Nature.

One of them, Laurits Skov, postdoc from the Bioinformatics Research Centre (BiRC) at Aarhus University, has developed a method for tracing Neanderthal fragments in our DNA. Laurits and PhD student Moisès Coll Macià took the method to Iceland, where the genetics firm deCODE has amassed genetic data and health information for more than half of the Icelandic population.

“We spent several months at deCODE in Reykjavik on what can be called field studies for a computational biologist. By combining my method with deCODE’s data and expertise, we have analysed 27,566 genomes, and this makes our study 10-times larger than previous studies of Neanderthal genes in human DNA,” says Laurits Skov.

Together, the many fragments account for approximately half of a complete Neanderthal genome.

However, the researchers also found significant fragments of genetic material from another archaic species of human, Denisovans, in the DNA of the Icelanders, and this was something of a surprise. Up to now, Denisovan genes have primarily been found in Australian Aborigines, East Asians and people in Papua New Guinea. So how did these genes end up in Islanders’ DNA? And when?

Based on the distribution of genes and mutations, the researchers came up with two possible explanations.

“Up to now, we believed that the Neanderthals modern people have had children with were “pure” Neanderthals. It’s true that researchers have found the remnants of a hybrid between Denisovans and Neanderthals in a cave in East Asia, but we have not known whether there were more of these hybrids and whether, thousands of years later, they had children with modern humans,” explains Professor Mikkel Heide Schierup from BiRC.

The study also shows that the Neanderthal DNA has no great importance for modern humans.

“We have previously thought that many of the Neanderthal variants previously been found in modern human DNA were associated with an increased risk of diseases. However, our study shows that the human gene variants located directly beside the Neanderthal genes are better explanations for the risk. We have also found something that can only be explained by Neanderthal genes, but this doesn’t mean that much,” says Mikkel Heide Schierup.

The properties and risks of diseases that can be linked to Neanderthal DNA are: slightly lower risk of prostate cancer, lower levels of haemoglobin, lower body length (one millimetre) and slightly faster blood plasma clotting.