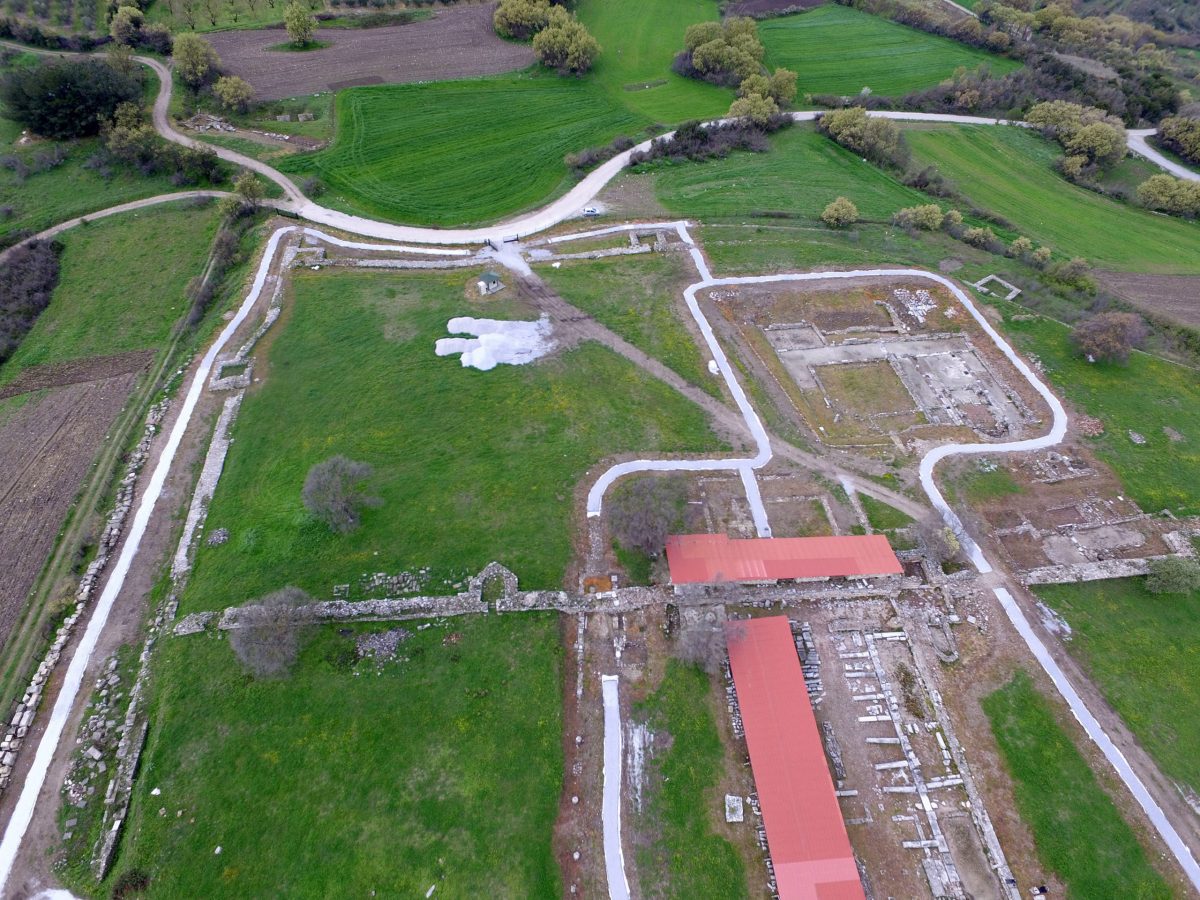 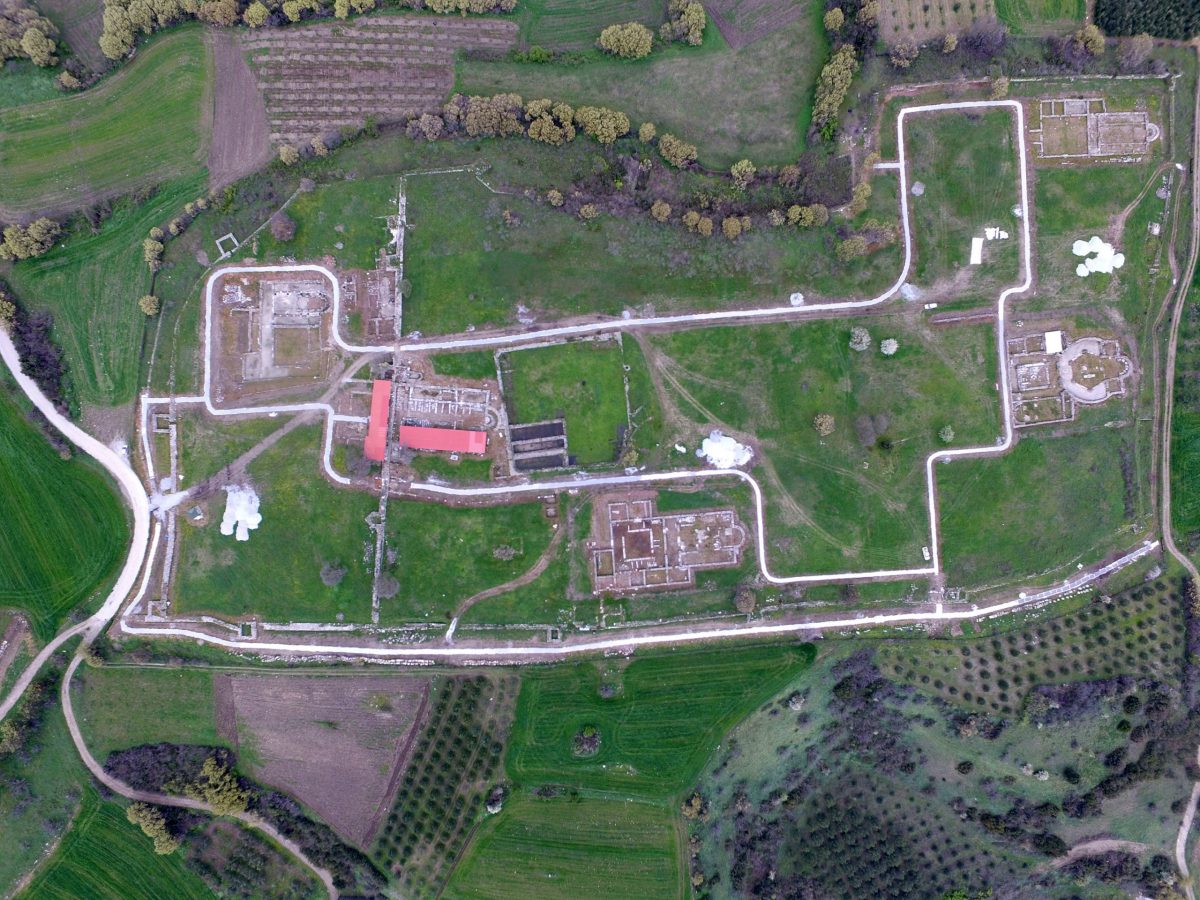 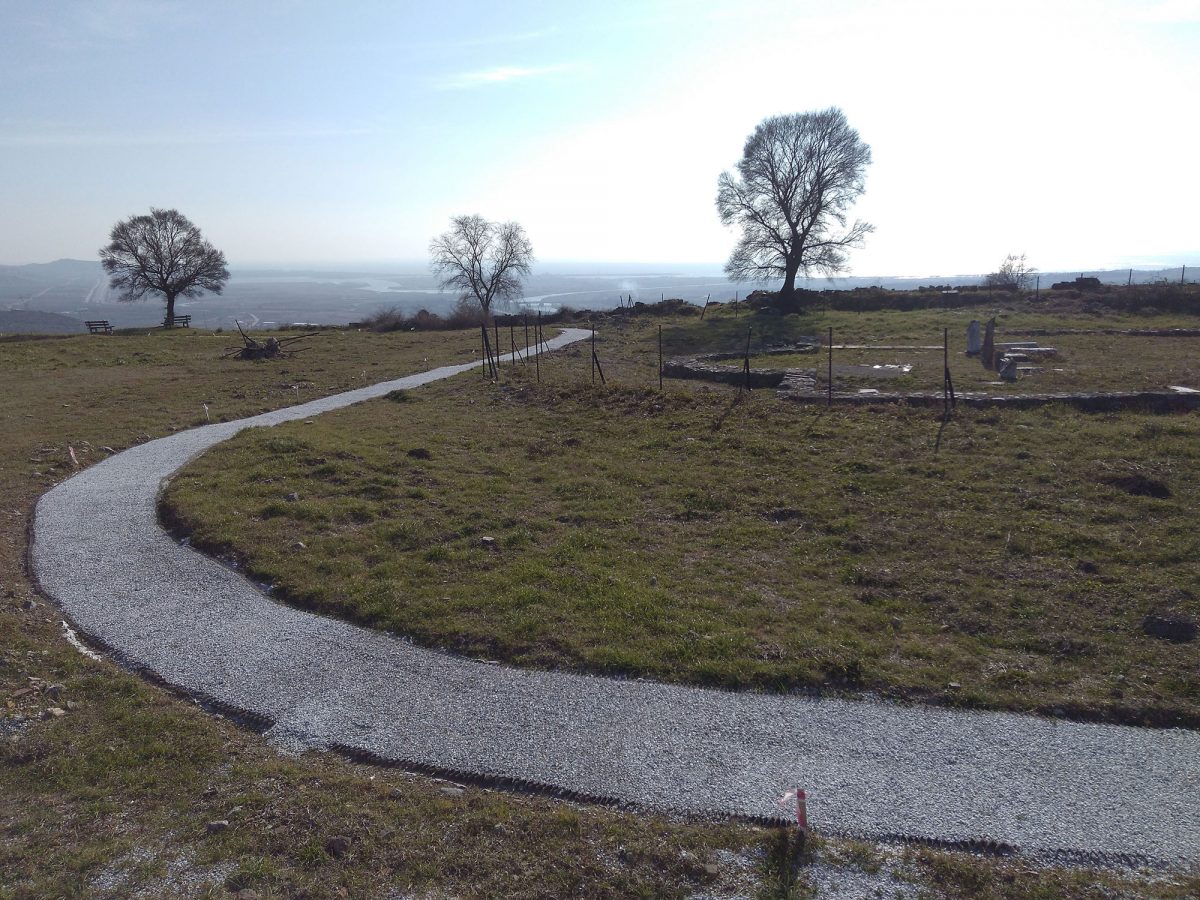 Progress of works in Amphipolis

In a teleconference also attended by Secretary General of Culture George Didaskalou, Minister of Culture and Sports Lina Mendoni requested from the Directorate for the Restoration of Ancient Monuments of MOCAS “A speeding up of procedures related to preparations of the static assessment and geotechnical study of the monument at the Kasta Tomb and their introduction to the Central Archaeological Council no later than June”. The teleconference was held to check the progress of work in Amphipolis and solve any problems occurring during the works’ implementation. The Minister pointed out that “with the return to normality, the necessary works must move swiftly forward so that by the end of the year rescue operations inside the monumental complex will have been completed, as well as the cleaning of the slopes and earth works for enhancing the southeastern part of the marble enclosure – its best-preserved part – and the shape of the hill restored”. It should be noted that the project is funded through the Regional Operational Programme of Central Macedonia – NSRF 2014-2020.

At the same time, the Directorate for the Preservation of Ancient and Modern Monuments has prepared and is conducting a research project locating, identifying and displaying pigments on the surface of the stone architectural members of the monument at the Kasta Tomb. More specifically, a series of non-destructive methods of analysis will be carried out using special equipment, in order to gather all the data on the painted decoration of the burial monument. As the Minister noted, “this project is extremely interesting as it involves innovative elements and has an experimental character”.

-Detailed photography in a visible range of all the points to be examined both inside the monument and in the Museum’s laboratory.

-Mapping details of the sections to be examined with three-dimensional scanners of high resolution and accuracy.

-Multispectral imaging and analysis in all light spectrums also including monochromatic radiation.

-Implementation of the VIL imaging method. This method is based on the ability of Egyptian blue to emit infrared radiation, which is recorded via a digital camera with a sensitivity to infrared radiation from 800 to 1000nm using visible sources of stimulation in a dark environment.

-Infrared spectroscopy with the FTIR system and lastly a hand drawn rendering of all the results.

At the same time, preliminary work is underway to conserve the monument’s door and Sphinxes wings. Initially, there will be an arrangement of the space where the  door of the burial monument  is stored, creating a properly equipped workplace. In the coming weeks, digitalization begins  of the fragments collected from the site with the help of three-dimensional scanners and  the possibility will be examined of repositioning them in their original places. Lastly, based on digitization data, copies of sections of the Sphinxes’wings will be created, to determine their original position more easily.

In the immediate future, the Serres Ephorate of Antiquities in collaboration with the Directorate of Prehistoric and Classical Antiquities is launching a programme of systematic archaeological cleaning of Hill 133, adjacent to the Kasta Tomb. The aim is to clear up those spots that are of archaeological interest as shown by results from geophysical surveys carried out in January and February 2020 by the interdisciplinary team of the Aristotle University of Thessaloniki.  At the same time, the Directorate for the Restoration of Ancient Monuments is undertaking the recording and study of those scattered architectural members located on Hill 133. These preliminary measures expand the field of archaeological research and study of the immediate surrounding area of the Tomb. According to Ms. Mendoni, any additional expropriations thought necessary will go ahead immediately with the support of the Fund of Archaeological Proceeds .

Works on the Christian Acropolis of Amphipolis, carried out by the Directorate of Prehistoric and Classical Antiquities, are proceeding at a very satisfactory pace, with the cooperation of the Serres Ephorate of Antiquities. It should be noted that the project has been included in the Interreg Europe cooperation programme “GREECE-BULGARIA 2014-2020”. Almost all the tender processes for the enhancement of the Early Christian basilicas have already been completed, with a 70% absorption rate of the project .The construction of routes within the Acropolis is in progress, the geotextiles have been laid and the geocells filled. At the same time, orders are underway for the supply of small seating units,metal bins and metal components to be used for the construction of two ramp stairs to facilitate the access of visitors to the circular bastion near the Amphipolis Museum. The project is expected to be completed and the site ready for visitors by July 2020.