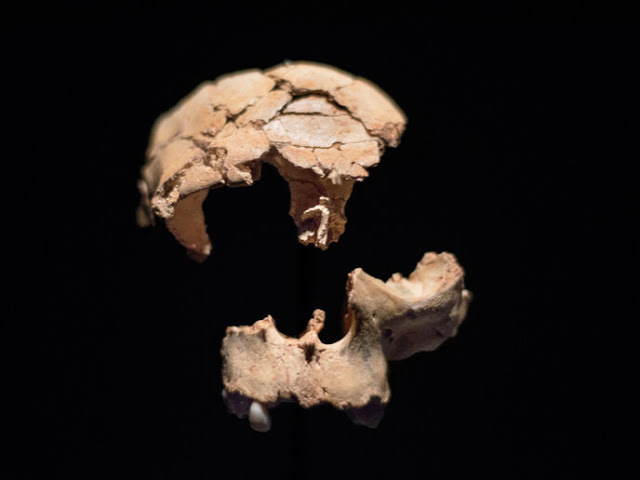 Team studied proteins in the dental enamel of Homo antecessor

The question over how Homo antecessor, the earliest known hominin species in Europe, is related to other Homo species and where it sits on the evolutionary tree has been much debated. Although genetic data and fossil records provide insight into the origin of modern humans, the degradation of ancient DNA poses a challenge for precisely tracking their evolutionary progress. To address this issue, a team of researchers has used a new technique to study proteins in the dental enamel of an 800 000-year-old human species to help place it on the family tree.

Partially supported by the EU-funded projects HOPE and TEMPERA, the researchers used a method called palaeoproteomics that enabled them to extract molecular evidence and to accurately reconstruct human evolution from further back in time than ever before. By applying mass spectrometry technology, they sequenced the ancient proteins in the enamel of a Homo antecessor tooth and compared these with their equivalents in other hominins like Homo sapiens. This process helped the researchers pin down Homo antecessor’s position on the human family tree. Their findings were published in the journal Nature. Hominins refers to a group consisting of modern humans, extinct human species and all our immediate ancestors.

Quoted in a news release by the University of Copenhagen, coordinator of both HOPE and TEMPERA, the study’s first author Frido Welker says: “Ancient protein analysis provides evidence for a close relationship between Homo antecessor, us (Homo sapiens), Neanderthals, and Denisovans. Our results support the idea that Homo antecessor was a sister group to the group containing Homo sapiens, Neanderthals, and Denisovans.”

According to lead author Enrico Cappellini from the University of Copenhagen, the information on the evolutionary relations between our species and others “is based either on the results of ancient DNA analysis, or on observations of the shape and the physical structure of fossils. Because of the chemical degradation of DNA over time, the oldest human DNA retrieved so far is dated at no more than approximately 400.000 years.” The analysis of ancient proteins with mass spectrometry helps scientists overcome this challenge and enables them to compare such information with that of other hominins to determine how they are genetically related, as explained in the news release.

The same news release notes that the fossils analysed by the researchers were found in 1994 in Sierra de Atapuerca, Spain. Although scientists initially concluded that Homo antecessor was the last common ancestor to modern humans and Neanderthals, later the exact relation between these hominins was widely debated. José María Bermúdez de Castro, the paper’s co-corresponding author, says: “The features shared by Homo antecessor with these hominins clearly appeared much earlier than previously thought. Homo antecessor would therefore be a basal species of the emerging humanity formed by Neanderthals, Denisovans, and modern humans.”

The HOPE (HOminin Proteomes in human Evolution) project “aims to reconstruct the genetic relationships between our and extinct hominin species from sites and time periods incompatible with ancient DNA preservation through mass-spectrometry based sequencing of ancient hominin proteins,” as noted on CORDIS. The TEMPERA (Teaching Emerging Methods in Palaeoproteomics for the European Research Area) project offers training for early-stage researchers to help them read ancient protein sequences and interpret the recovered information.