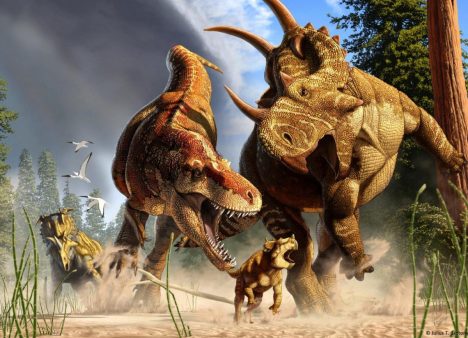 In this artist’s depiction of wildlife from Alberta, Canada, 77 million years ago, the tyrannosaur Daspletosaurus hunts a young horned Spinops, while an adult Spinops tries to interfere and a Coronosaurus watches from a distance. Image Credit: Julius Csotonyi
- +
by Archaeology Newsroom
14 05 '20 10:00

Tyrannosaurus leg length was built for efficiency, not speed

New study by the University of Maryland