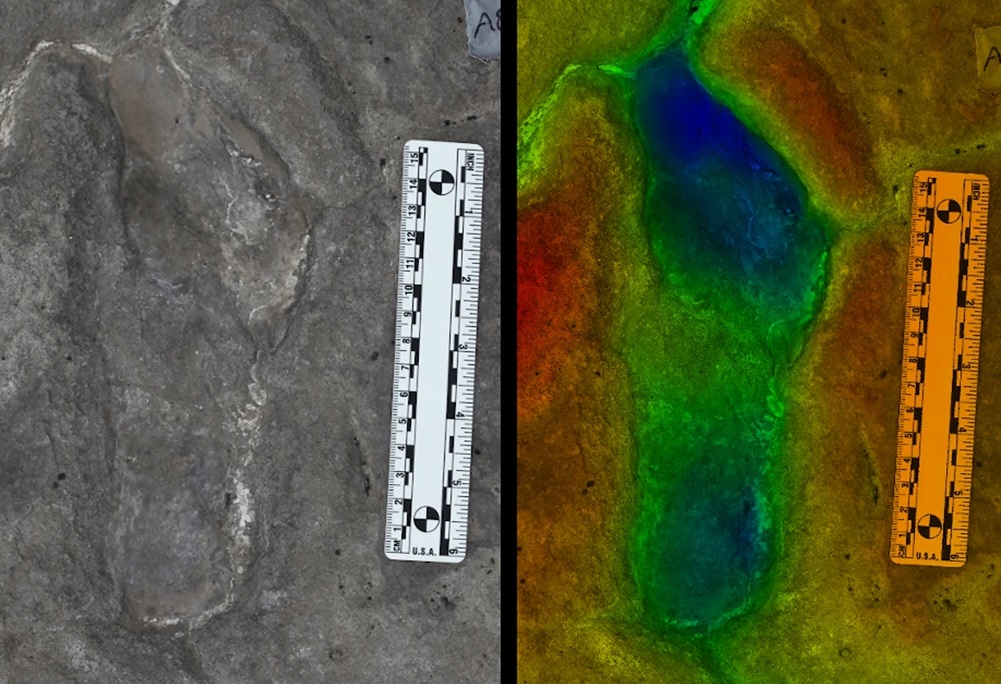 The discovery of fossilised footprints, dating from the Pleistocene period (126,000 to 11,700 years ago), suggests that our ancient ancestors had a division of labour amongst communities.

The footprints were discovered in Engare Sero, Tanzania by the local Maasai community and are believed to be the largest human fossil footprint record in Africa.

The researchers dated 408 footprints to between 19,100 and 5,760 years ago. Based on their size, the distances between them and their orientations, the authors suggest that 17 tracks of footprints were created by a group of individuals moving together at walking speed in a southwesterly direction.

The group was likely made up of 14 adult females, two adult males and one young male. The authors speculate that the females who made the tracks were foraging together and were visited or accompanied by the males, as this behaviour is observed in modern hunter-gatherers such as the Ache and Hadza. The findings may indicate a division of labour based on sex in ancient human communities.

For an additional six tracks of footprints oriented to the northeast, the authors estimate a broader range of variation in speed, which may suggest that they were not created by a single group travelling together, but by various individuals running and walking at different speeds.

The findings provide a snapshot of the movements and group behaviour of modern humans living in East Africa during the Late Pleistocene period.