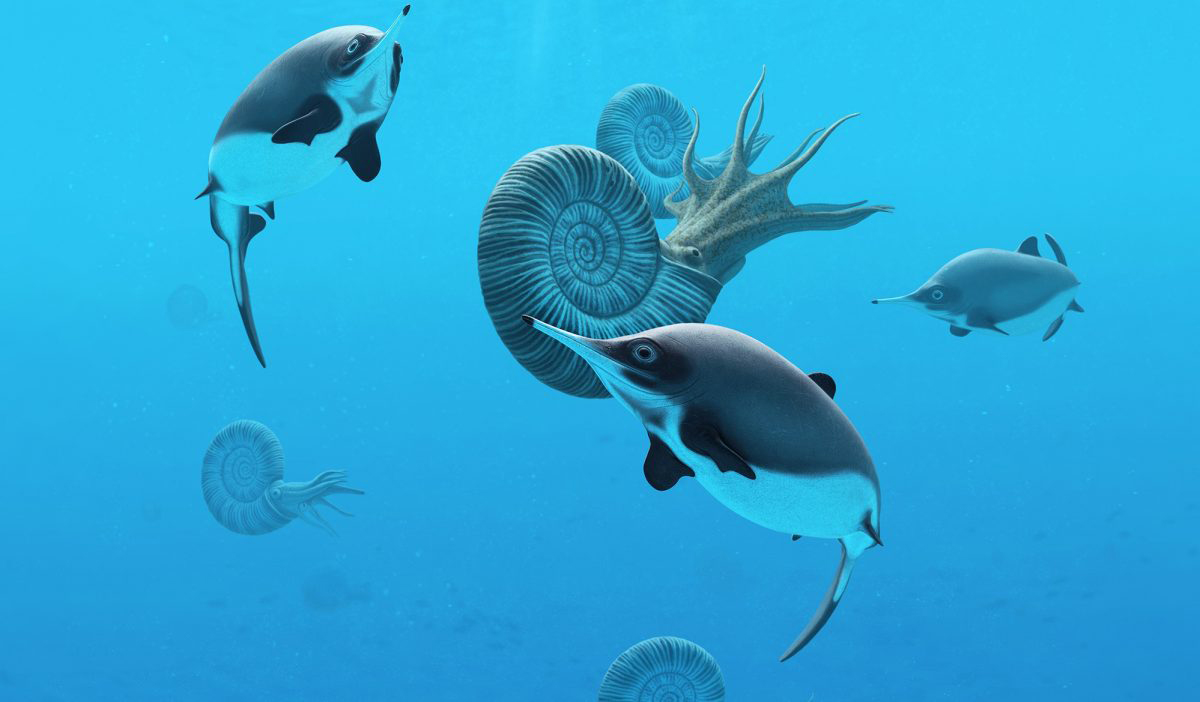 According to Baylor University researcher

The images revealed that the creature, whose bones were unearthed more than a century ago on a coast in southern England, seemed very similar to a genus of ichthyosaurs he recognized from Russian collections.

He emailed the photos of the dolphin-like ichthyosaur to fellow paleontologist Megan L. Jacobs, a Baylor University doctoral candidate in geosciences. She quickly realized that the animal’s skeletal structure matched not only some ichthyosaurs she was studying in a fossil museum on the English Channel coast, but also some elsewhere in the United Kingdom.

Jacobs and paleontologist Nikolay G. Zverkov of the Russian Academy of Sciences — who “fished” for the ichthyosaur — merged their research, studying their collective photos and other materials and ultimately determining that the Russian and English ichthyosaurs were of the same genus and far more common and widespread than scientists believed.

Their study is published in the Zoological Journal of the Linnean Society.

“Ichthyosaurs swam the seas of our planet for about 76 million years,” Jacobs said. “But this 5-foot ichthyosaur from some 150 million years ago was the least known and believed to be among the rarest ichthyosaurs. The skeleton in the case, thought to be the only example of the genus, has been on display in the Natural History Museum in London since 1922.

“Nikolay’s excellent detailed photos significantly expand knowledge of Nannopterygius enthekiodon,” she said. “Now, after finding examples from museum collections across the United Kingdom, Russia and the Arctic — as well as several other Nannopterygius species — we can say Nannopterygius is one of the most widespread genera of ichthyosaurs in the Northern Hemisphere.”

Additionally, the study described a new species, Nannopterygius borealis, dating from about 145 million years ago in a Russian archipelago in the Arctic. The new species is the northernmost and youngest representative of its kind, Jacobs said.

Previously, for the Middle and Late Jurassic epochs, the only abundant and most commonly found ichthyosaur was Ophthalmosaurus, which had huge eyes and was about 20 feet long. It was known from hundreds of specimens, including well-preserved skeletons from the Middle Jurassic Oxford Clay Formation of England, Jacobs said.

“For decades, the scientific community thought that Nannopterygius was the rarest and most poorly known ichthyosaur of England,” Zverkov said. “Finally, we can say that we know nearly every skeletal detail of these small ichthyosaurs and that these animals were widespread. The answer was very close; what was needed was just a fishing rod.”