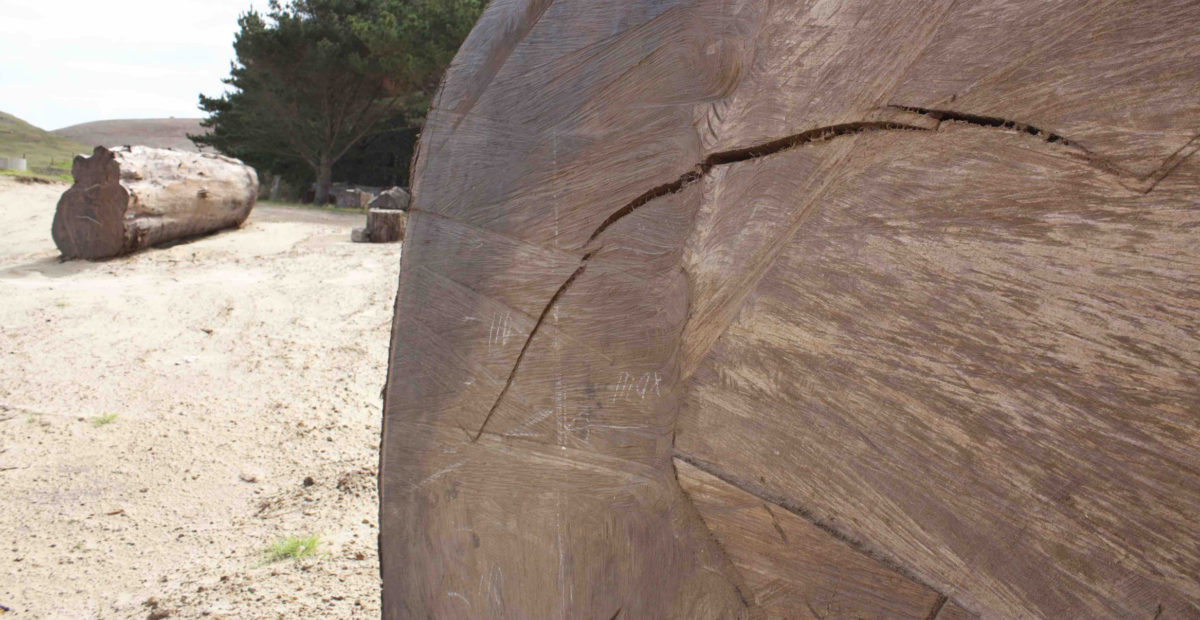 Ancient tree reveals cause of spike in Arctic temperature

Insights into the mechanisms of climate change

A kauri tree preserved in a New Zealand peat swamp for 30,000 years has revealed a new mechanism that may explain how temperatures in the Northern Hemisphere spiked several degrees centigrade in just a few decades during the last global ice age.

Unexpectedly, according to new research led by scientists from Keele University and UNSW Sydney and published today in Nature Communications, it looks like the origin of this warming may lie half-a-world away, in Antarctica.

Rapid warming spikes of this kind during glacial periods, called Dansgaard-Oeschger events, are well known to climate researchers. They are linked to a phenomenon known as the ‘bipolar seesaw’, where increasing temperatures in the Arctic happen at the same time as cooling over the Antarctic, and vice versa.

Until now, these divergences in temperature at the opposite ends of the Earth were believed to have been driven by changes in the North Atlantic, causing deep ocean currents, often referred to as the ocean ‘conveyor belt’, to shut down. This led to warming in the Northern Hemisphere and cooling in the south.

But the study, which examines a specific Dansgaard-Oeschger event that occurred around 30,000 years ago, suggests Antarctica plays a role too. Professor Chris Fogwill, Head of the School of Geography, Geology and the Environment at Keele University and co-author of the study said: “The study analysed highly-resolved climate archives from ancient trees which have been preserved in marshland, by assessing the records against climate models our study provides fresh insights into the mechanisms of climate change, which are crucial to reduce uncertainty in future climate projections.”

The paper describes how the researchers used a detailed sequence of radiocarbon dates from an ancient New Zealand kauri tree to precisely align ice, marine and sediment records across a period of greatly changing climate.

“Intriguingly, we found that the spike in temperature preserved in the Greenland ice core corresponded with a 400-year-long surface cooling period in the Southern Ocean and a major retreat of Antarctic ice,” said lead author and UNSW scientist Professor Chris Turney.

“As we looked more closely for the cause of this opposite response we found that there were no changes to the global ocean circulation during the Antarctic cooling event that could explain the warming in the North Atlantic. There had to be another cause.”

A clue to what might be going on if the oceans weren’t involved appeared in lake sediments from the Atherton Tableland, Queensland.  The sediments showed a simultaneous collapse of rain-bearing trade winds over tropical northeast Australia.

It was a curious change, so the researchers turned to climate models to see if these climate events might somehow be linked.

They started by modelling the release of large volumes of freshwater into the Southern Ocean, exactly as would happen with rapid ice retreat around the Antarctic. Consistent with the data, they found that there was cooling in the Southern Ocean but no change in the global ocean circulation.

They also found that the freshwater pulse caused rapid warming in the tropical Pacific. This in turn led to changes to the atmospheric circulation that went on to trigger sharply higher temperatures over the North Atlantic and the collapse of rain-bearing winds over tropical Australia.

Essentially, the model showed the formation of a 20,000 km long “atmospheric bridge” that linked melting ice in Antarctica to rapid atmospheric warming in the North Atlantic.