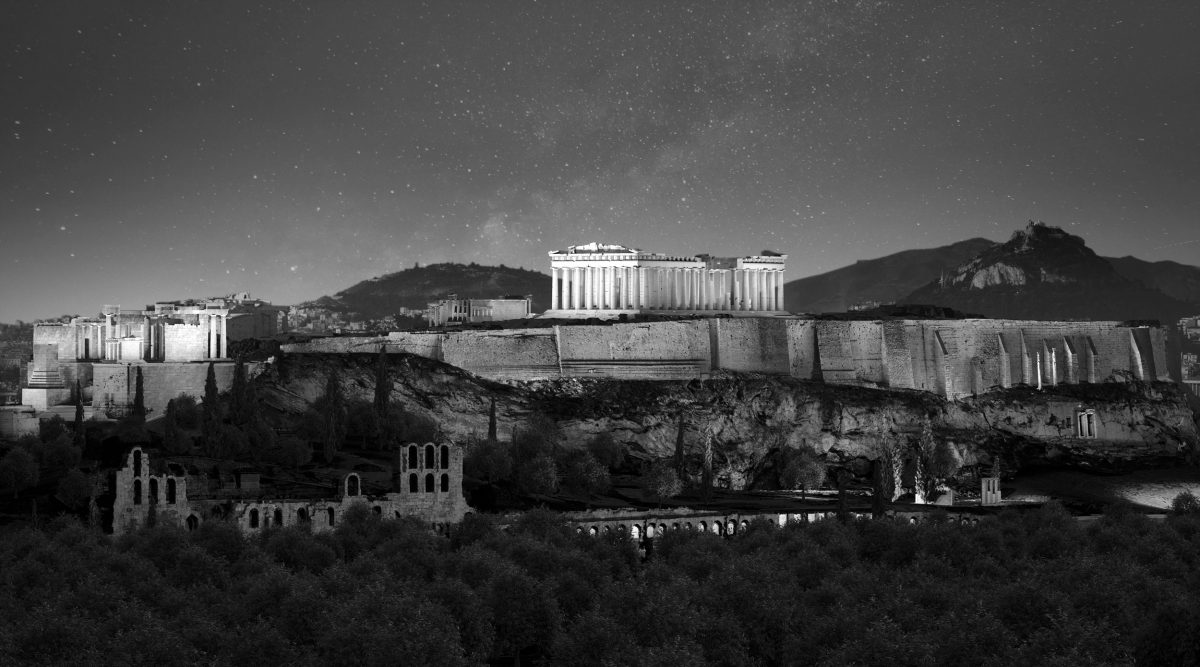 The sparkle of the Acropolis charmed the international news media

Reports about the reopening of the archaeological sites

The reopening of the Acropolis has received extensive publicity worldwide, as it is seen by the international media as emblematic of the ending of the lockdown enforced across Europe for combating the Covid-19 pandemic.

“After its incredible success combating the coronavirus,Greece is reopening its emblematic archaeological sites” reports ABC the American News Network which sent its correspondent James Longman to Athens for this occasion.

“An extraordinary honour to be given a tour of the Parthenon by Lina Mendoni Greek Minister of Culture”, writes James Longman on Twitter. “We had all the place to ourselves at night before opening again after weeks of lockdown. It takes your breath away,especially the sunset”, writes the British reporter for the American network.

The American CNN network also announced on its website that the Acropolis “one of the most famous Greek cultural sites once again opened for visitors, having remained temporarily shut due to the coronavirus epidemic”.

Quoting the announcements of the Ministry of Culture and Minister Lina Mendoni,  CNN says that over 200 archaeological sites are resuming business and “will operate from 8 a.m. to 8 p.m. local time with safety measures that include keeping a distance of 1.5 meters between people and ensuring a maximum number of visitors per archaeological site. There will also be special rules for sanitary facilities, while mask wearing and the use of hand sanitizer are recommended”.

Associated Press reports that “Greece reopened the Acropolis in Athens and other ancient sites”, with safety measures as “sidewalk stickers were used as markers to keep visitors apart outside the Acropolis.”

The AP also points out that the public’s adherence to the strict lockdown measures helped keep both death rates from and cases of Covid-19 low in Greece.

“The Acropolis of Athens, flagship monument of Antiquity, opened once again like all archaeological sites in Greece, in the presence of President of the Republic Katerina Sakellaropoulou, two months after the suspension of its operation due to the coronavirus pandemic”, reports the Agence France-Presse in a lengthy correspondence from Athens.

The AFP also reports that the Greek President celebrates the fact that “we can again visit the site in a traditional way since for two months we had been visiting it via modern technology. With proper safety measures we will again be able to honour our ancestors”, said Katerina Sakellaropoulou.

The French Agency also mentions Culture Minister Lina Mendoni who was “among the first visitors, wearing a green surgical mask” and described the day as “very special for Greece after 64 days of the archaeological sites’ suspension of operation”.

“The Acropolis sparkles under the sun as tourist spots in Greece open to the public once again”, reported Reuters agency.

According to Reuters: “Greece reopened the Acropolis, museums and other major tourist attractions as the coronavirus lockdown eased in bright sunshine in Athens. Quarantine restrictions are gradually being lifted — access to beaches was allowed on Saturday amid a heatwave and churches welcomed worshippers on Sunday”.

The article refers to President of the Republic Katerina Sakellaropoulou and her comments after her visit to the Acropolis, one of the most frequented tourist spots in the world, as noted by Reuters. “I visited the Acropolis today, a world monument that continues to inspire with its marbles shining under the sun”, said the President. “Employees wearing masks and plastic face shields were on site to inform the few foreign tourists of the social distancing regulations, which require visitors to remain 1.5 metres apart” note the reporters.

Greece that contained the spread of Covid-19, began relaxing the restrictive measures on My 4, according to Reuters, which also writes that Culture Minister Lina Mendonisays that the government’s aim is to open archaeological sites that are safe for visitors.“Greece has won credibility from the way it handled the coronavirus crisis. It is a valuable achievement that will allow us a dynamic opening of the tourism season,” she said in a statement quoted by Reuters.

In Italy, the tourists’ return to the Acropolis made headlines on the daily news of Rai Tre, noting that “from today, visitors can go up to the Acropolis again, the gates of which reopen after two months. This is also true for all other archaeological sites in Greece.”

The German Mass Media also reported extensively on the reopening of the Acropolis, promoting the monument’s importance as well as the symbolic gesture of opening the Sacred Rock in an effort to return to a new “normality”.

“In Greece the famous Acropolis has once again opened to visitors as have other archaeological sites in the country”, says the Deutschlandfunk Kultur, CultureProgramme of the German Radio and notes that the celebratory event was attended by President of the Republic  Katerina Sakellaropoulou. “The Acropolis is a symbol and one of Greece’s most significant sights. Last year it was visited by 2.9 million people” adds the report by the German State Radio.

Similar reports are hosted on electronic editions of the West Germany Radio and Television (DWR), Stern magazine and arte television network. “From March 23 tough restriction measures were enforced across Greece. The country, a member of the EU, has till now not been badly hit by the coronavirus pandemic. Greece is now gradually returning to normality. From May 25 restaurants are expected to reopen” says Der Stern.

SRF, Switzerland’s public Radio and Television reports on the opening of the Acropolis and other Greek archaeological sites: “Greek archaeological sites,the Acropolis among them, can from today welcome visitors” says the news bulletinwhich also refers to the reopening of Saint Paul’s Basilica in the Vatican. “Employees wearing masks and plastic face shields welcomed the first foreign tourists on the Acropolis. They informed themof the measures which require visitors to remain 1.5 metres apart”, says SRF and points out that “the opening of the archaeological sites is part of a bigger wave of lightening restrictions in Greece, while more steps are under consideration for reviving tourism”.

The Austrian mass Media also promote the opening of the Acropolis and other Greek archaeological sites on their news. “Archaeological sites in Greece are opening once more” is the headline on the website of the Austrian Public Radio and Television ORF which says that “After a break of almost two months , Greek archaeological sites opened again today and for the time being this applies only to open air sites such as the Athens Acropolis. President of the Greek Republic Aikaterini Sakellaropoulou was the first to visit the symbol of the Greek Capital”. The article also mentions that as reported by Greek television, the president of the Republic invited all visitors to “keep to the rules of hygiene”.

Moreover, according to the report, “as of today travel is allowed to all parts of the mainland including the island of Crete. The government announced that the go ahead for trips to the smaller islands will be gradually given in June. Museums in Greece will open on June 15, according to the Ministry of Culture“.

In a bulletin entitled “Travel to all the islands”,theAustriaPress Agency (APA) states that the Acropolis and other archaeological sites are opening in Greece from today, and that Greece is gradually lifting travel restrictions at home. From May 25, travel to all islands is allowed. Flights from EU countries will resume in late May and June.

As noted by the APA, according to information from government circles, at the moment Athens is carrying out bilateral talks with Cyprus, Austria, the Czech Republic, Bulgaria and Israel to lift travelling restrictions particularly the 14 day quarantine. However, at the beginning of April, the Austrian Chancellor Sebastian Kurtz had been “very skeptical” about this issue.

Referring to the relaxation of measures in other countries,the newspaper Oberoesterreichische Nachrichten  reportsthat in Greece secondary schools have resumed their lessons and in Athens the Acropolis is once again open to visitors.