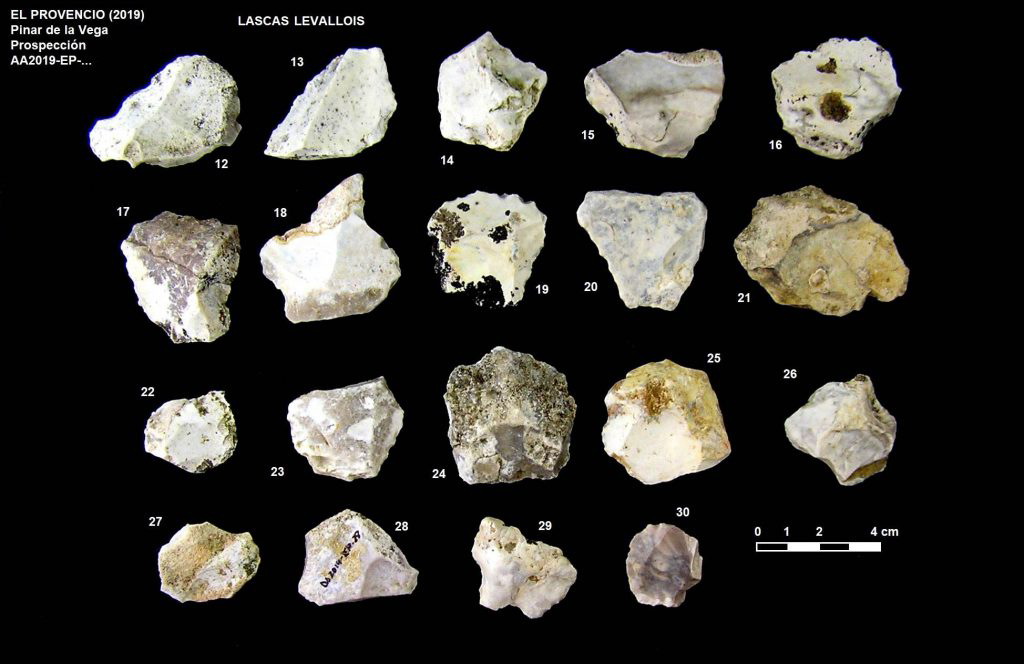 First exhaustive study of the Paleolithic site of El Provencio

The researcher Davinia Moreno, a geochronologist at the Centro Nacional de Investigación sobre la Evolución Humana (CENIEH) has conducted the first exhaustive study of El Provencio, a Paleolithic site in the province of Cuenca, situated in the La Mancha plain on the banks of the Záncara River.

The geochronological analysis carried out at the CENIEH, applying the techniques of Electron Spin Resonance (ESR) and Optically Stimulated Luminescence (OSL) has provided the first numerical datings in this region. The most recent and most ancient levels of the archaeological sequence were dated, yielding ages of 41,000 (OSL) and 830,000 years (ESR).

The rich archaeo-paleontological record of El Provencio exhibits stone tools worked in flint and quartzite catalogued as Modes 1, 2 and 3 (Oldowan, Acheulean and Mousterian), as well as bone remains from species characteristic of the Pleistocene such as horses, bison and mammoths.

This study suggests that, over the last 800,000 years, groups of hunter-gatherers occupied this territory, undertaking a variety of activities recurrently and continuously, and it undercuts theories of a discontinuity in the center of the Iberian Peninsula and those contending that population was more intensive on the coast than in the interior.

The research work at El Provencio is part of a much larger project that got under way in 2013 and which, at the moment, covers dozens of locations throughout the province of Cuenca. This project, directed by Santiago David Domínguez-Solera, lead author of this study, through the company ARES (Arqueología y Patrimonio Cultural) is being conducted in close collaboration with the Junta de Comunidades de Castilla-La Mancha, the Diputación de Cuenca and the Ayuntamiento de El Provencio.

From the outset, this project has placed special importance on outreach for its scientific results: a classroom for schoolchildren and visitors has been set up, and documentary reportage, exhibitions and university courses (Universidad Internacional Menéndez Pelayo) in the municipality of El Provencio itself have been produced.

“As of several years ago, we have been opening up a window onto the prehistoric past, aligning it with the three natural zones making up what is today the province of Cuenca; La Mancha, Sierra and Alcarria, each with its particular features. This window offers a glimpse of an area little studied or overlooked up to now, and therefore unknown to science”, declares Domínguez-Solera.