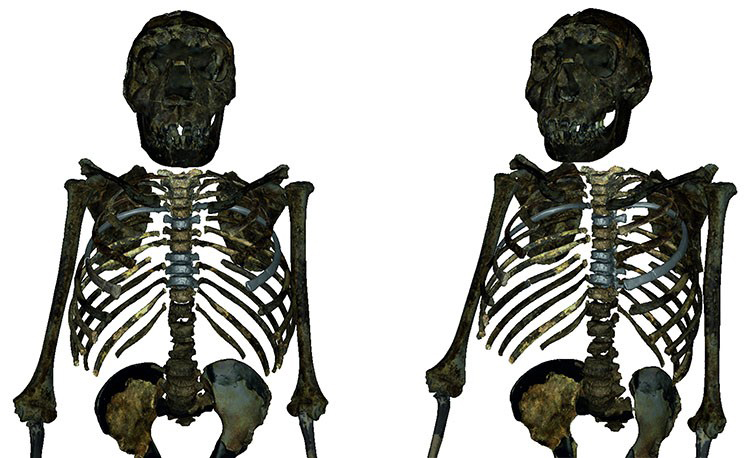 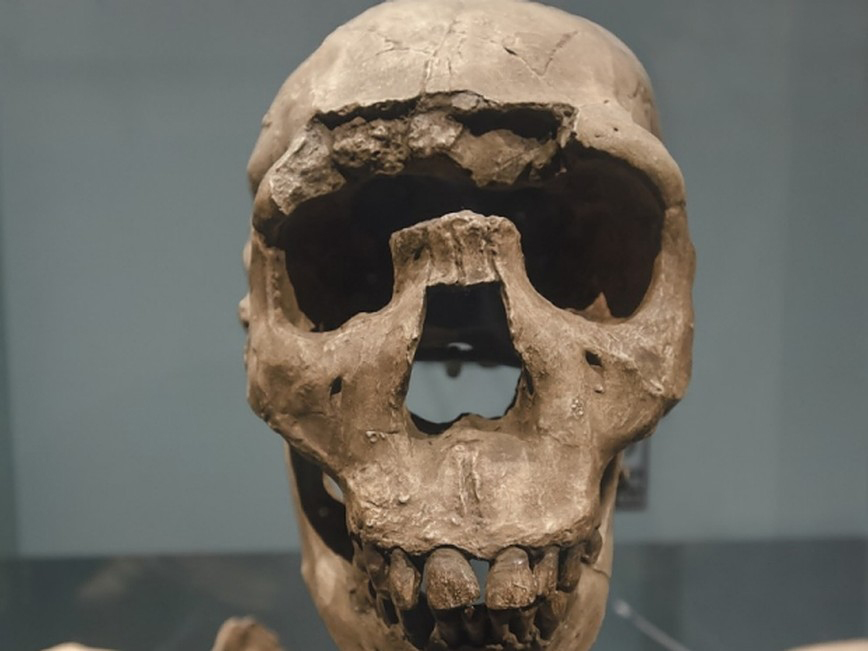 An ancestor to modern humans had a stockier build than previously thought—one that is quite different from today’s human body—a team of paleoanthropologists has discovered. This newly established distinction suggests that the modern human body evolved more recently than once believed.

The findings, centering on Homo erectus, which appeared approximately two million years ago, are in the latest issue of the journal Nature Ecology and Evolution.

“Our own body shape with its flat, tall chest, and narrow pelvis and rib cage likely appeared only recently in human evolution with our species, Homo sapiens,” says Scott Williams, an associate professor in New York University’s Department of Anthropology and one of the paper’s co-authors.

The authors of the study, led by Markus Bastir of Madrid’s Museo Nacional de Ciencias Naturales and Daniel García-Martínez of Centro Nacional de Investigación sobre la Evolución Humana (CENIEH) in Burgos, Spain, speculate that these changes to our body shape may have optimized breathing capabilities for long-distance running and other endurance activities.

“That Homo erectus was perhaps not the lean, athletic long-distance runner we imagined is consistent with more recent fossil finds and larger body weight estimates than previously obtained,” notes Fred Spoor of London’s Natural History Museum and the paper’s senior author. “This iconic ancestor was probably a little less like us than we portrayed it over the years.”

The work reveals for the first time what the three-dimensional shape of the ribcage of the Homo erectus skeleton, known as the Turkana Boy, looked like. Discovered west of Lake Turkana, Kenya in the mid-1980s, the 1.5-million-year-old fossil is the most complete skeleton of a fossil human ancestor ever found.

Specifically, it had a deeper, wider and shorter chest than seen in modern humans, suggesting that Homo erectus had a stockier build than commonly assumed. It thus appears that the fully modern human body shape evolved more recently than scientists previously concluded, rather than as early as two million years ago—when Homo erectus first emerged.

“The results are now changing our understanding of Homo erectus,” says lead author Bastir. “Its thorax was much wider and more voluminous than that of most people living today.”

“Actually, the ribcage of Homo erectus seems more similar to that of more stocky human relatives such as Neandertals, who would have inherited that shape from Homo erectus,” adds García Martínez.

The evolution of the modern human body shape is a fascinating transformation in light of the way we and our ancestors are adapted to our natural environment, the scientists observe. As modern humans, we have a relatively tall, slender body shape that contrasts with the shorter, stocky, heavy bodied Neandertals.

Studies of how Turkana Boy walked and ran had largely been restricted to the skeleton’s legs and pelvis. However, for endurance running its breathing capabilities would have been relevant as well. But this aspect has not before been investigated in any detail because assessing the chest and breathing motion based on a jumble of rib and vertebra fossils is difficult with conventional methods. However, with the introduction of increasingly sophisticated imaging and reconstruction techniques in recent years this type of examination is now possible.

In the new research, a three-dimensional virtual ribcage of the Turkana Boy could be reconstructed, and its adult shape could be predicted had this adolescent fully grown up. The ribcage shape was compared with that of modern humans and a Neandertal, with virtual animation allowing breathing motion to be investigated.