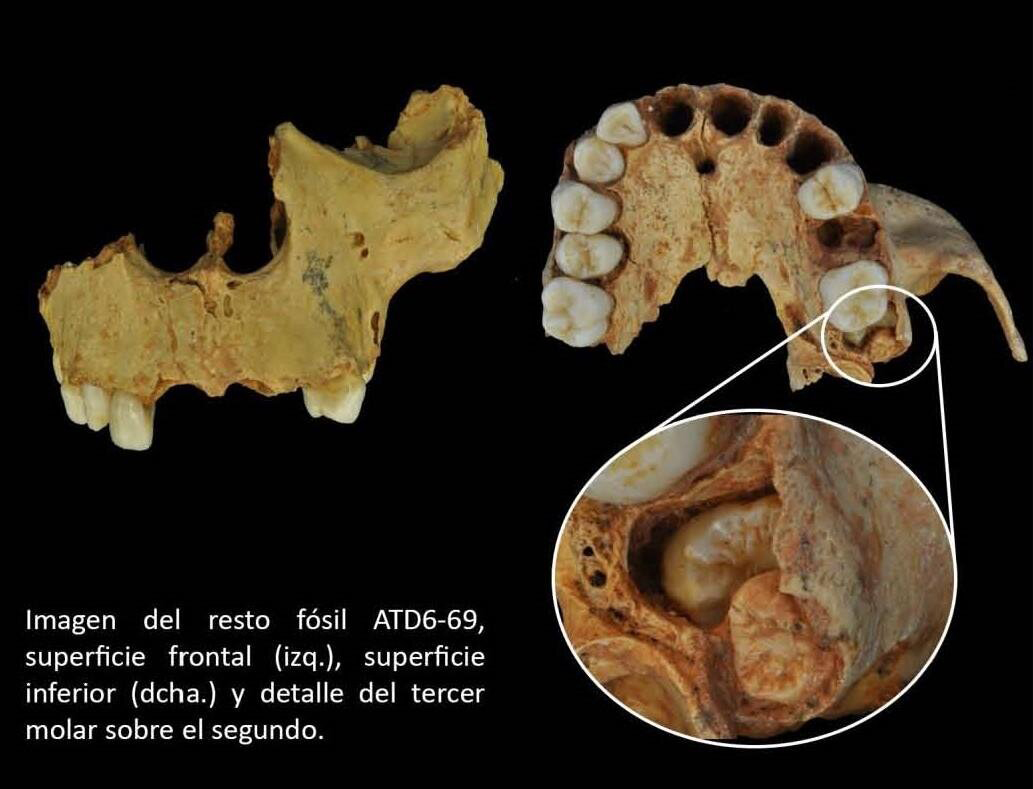 The drawbacks of the modern face of ‘Homo Antecessor’

A study led by the University of Bordeaux and the Dental Anthropology Group of the Centro Nacional de Investigación sobre la Evolución Humana (CENIEH), which has been published this week in the American Journal of Physical Anthropology, reveals that the species Homo antecessor, found in level TD6 of the Gran Dolina site in the Sierra de Atapuerca (Burgos), already endured the drawbacks of having insufficient space for the third molar or wisdom tooth to erupt.

Analysis of the maxilla ATD6-69, “the face” of Homo antecessor, using high-resolution techniques such as micro-computed tomography carried out at the CENIEH, has enabled the identification of signs matching ectopic development, that is, outside the proper location for the third molar, and the secondary impacting pf the second molar with its retention within the alveolar bone.

“Specifically, the wisdom tooth was undergoing development upon the crown of the second molar,” says Laura Martín-Francés, principal author of this study.

In this study, the hypothesis of whether the ectopic molar of this individual, whose approximate age was 10 years, was due to a combination of factors such as the characteristic modern face and the large size of the teeth of this child from Atapuerca, is discussed for the first time.

This peculiarity would have led to the lack of space for the normal development of the wisdom tooth and the consequent retention of the second molar.

“While the particular evolution in this individual is unknown, the prognosis in these cases includes the development of caries, periodontitis and even cysts. Thus, we can be sure that around one million years ago, this person would have suffered from severe toothache,” affirms Martín-Francés.

For the moment, evidence of this anomaly is only known from a single individual of this species, although the imminent excavation of the entire surface of level TD6 at Gran Dolina will offer new fossil remains to find out whether this circumstance was typical of Homo antecessor due to its modern face.