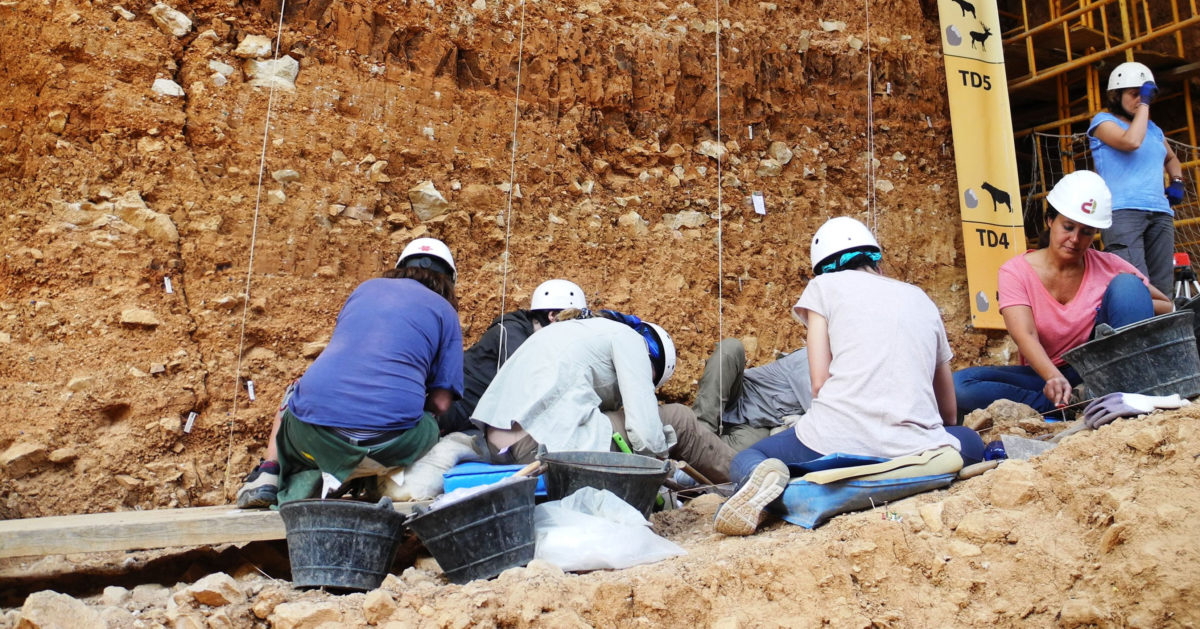 Geochronologists from the Centro Nacional de Investigación sobre la Evolución Humana (CENIEH) have led a study published in the journal Quaternary Geochronology about the chronology of the archaeological site of Gran Dolina, situated in the Sierra de Atapuerca (Burgos), whose results confirm a pulse of human dispersion in southern Europe around one million years ago.

This is a paleomagnetic study of the lower stratigraphic levels of this archaeological site in Burgos, whose objective was to determine the possible presence of the Jaramillo subchron, a geological event of normal magnetic polarity about one million years ago, to improve the chronological framework for the lithic industry found at level TD4, and therefore for human presence in Atapuerca.

“Gran Dolina is one of the sites with the best-preserved sedimentary records of the Middle and Early Pleistocene in Europe, and therefore, knowing the chronology of the stratigraphic levels comprising it is an extremely important element in understanding the presence and development of human activity in the zone”, explains Claudia Álvarez Posada, lead author of this paper.

Samples from the levels TD4 to TD6 were analyzed using paleomagnetism, a methodology which is increasingly used for establishing absolute datings given its great versatility and the fact that it has an extremely wide chronological register, because the magnetic field remains captured in sediments when they are formed. These days there is a known register covering a timeline of over 180 million years up to the present, so that as Álvarez affirms, “it’s a very powerful tool for chronology”.

This method, together with the data furnished by biostratigraphy and the recent dating studies using Electron Spin Resonance (ESR) made at the site, has allowed an age later than the Jaramillo Subchron to be definitively established for the level TD4, that is, less than one million years, consistent with with a pulse of human dispersal across southern Europe during the time interval known as the Lower Pleistocene transition.

This paper forms part of a dual paleomagnetic study of Gran Dolina, encompassing levels TD1 to TD6, undertaken for better understanding of the ages of the different stratigraphic levels which comprise the fillings of the site.

The second paper, which has just been published in the journal Quaternary Science Reviews, focuses on the chronology of the lower sedimentary fillings, and corroborates the datings found for TD4.