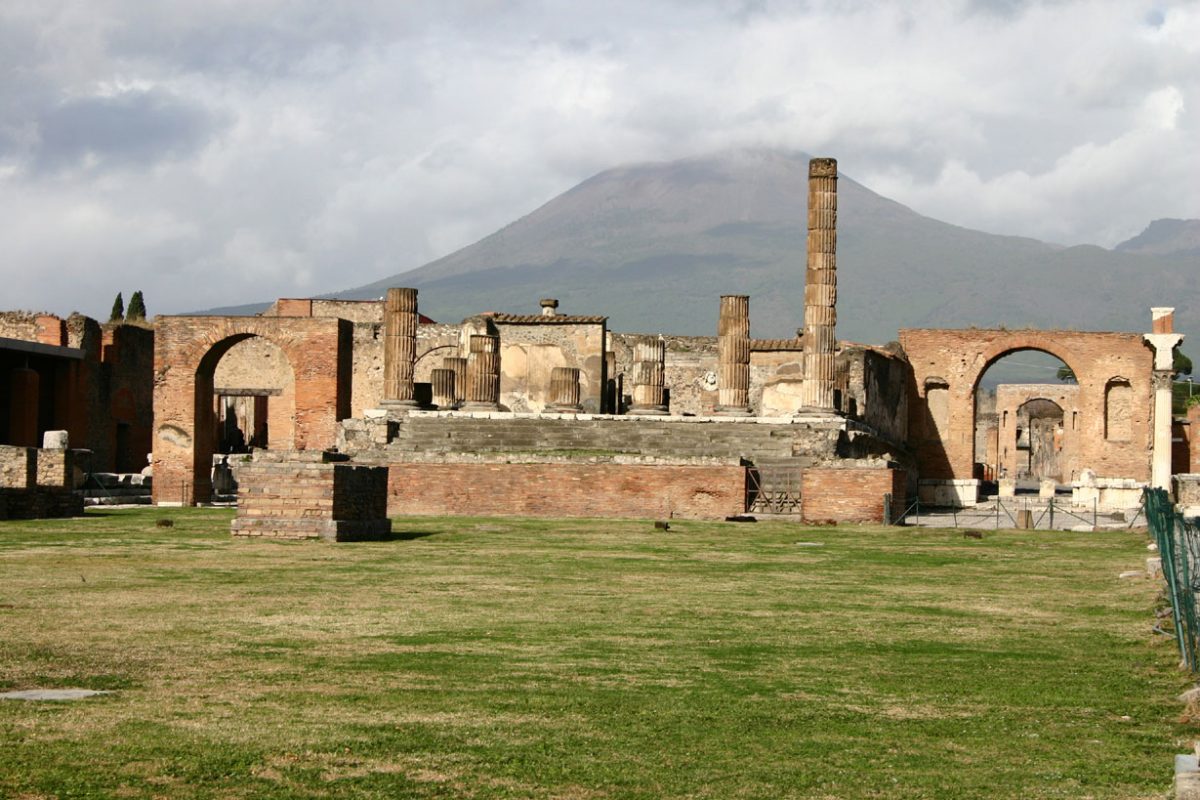 The archaeological site of Pompeii has reopened to the public

Second most visited site in Italy

The archaeological site of Pompeii, a world heritage site and the second most visited tourist destination in Italy, reopened its gates to visitors last Tuesday, according to French news agency sources  from the region.

Of course, on the first day of Pompeii’s reopening, after two and a half months of people staying at home and all public places being closed, tourists were outnumbered by journalists and tour guides who rushed to take advantage of its opening.

The temperature of each visitor entering Pompeii was monitored by a thermal camera, while it was mandatory to disinfect hands with an antiseptic.

For this first phase of the reopening, scheduled to last two weeks, only a predetermined route may be followed, exclusively on the main streets of this ancient city near Naples, which was buried under volcanic ash after the eruption of Vesuvius in 79 AD.

It will also be possible to access some of its important villas; those that have sufficient interior space to keep the required social distancing.

From June 9, new routes will be open to visitors, but anyone wishing to visit Pompeii will need to book tickets online, choosing the time for their visit.

“We thought we’d enjoy it while it’s quiet and no one is there,” said Alison Lockhart, who arrived at Pompeii with her husband from her home in the Naples region. Given the limited attendance of visitors, the couple managed to book their ticket shortly before entering the archaeological site.

Those responsible for the sightseeing, plan to allow the entrance of 40 people at a time, every 15 minutes, to ensure safety, with masks being mandatory throughout the visit.

Pompeii is the second most popular tourist destination in Italy, after the Colosseum in Rome, with around four million visitors in 2019.

As Italy gradually returns to normality , it is cautiously reopening the monuments and sights of its rich heritage, hoping to quickly revitalize the tourist sector which had flagged because of the pandemic costing more than 32,000 deaths in the Italian peninsula. The government will reopen the country’s  borders on June 3.

In Rome, St. Peter’s Basilica is again open to the public , as is the Borghese Gallery or Capitoline Museum. The Vatican Museum, a major tourist destination with nearly 7 million visitors a year, has announced it will reopen on Saturday, June 1st. The Colosseum remains closed to date.