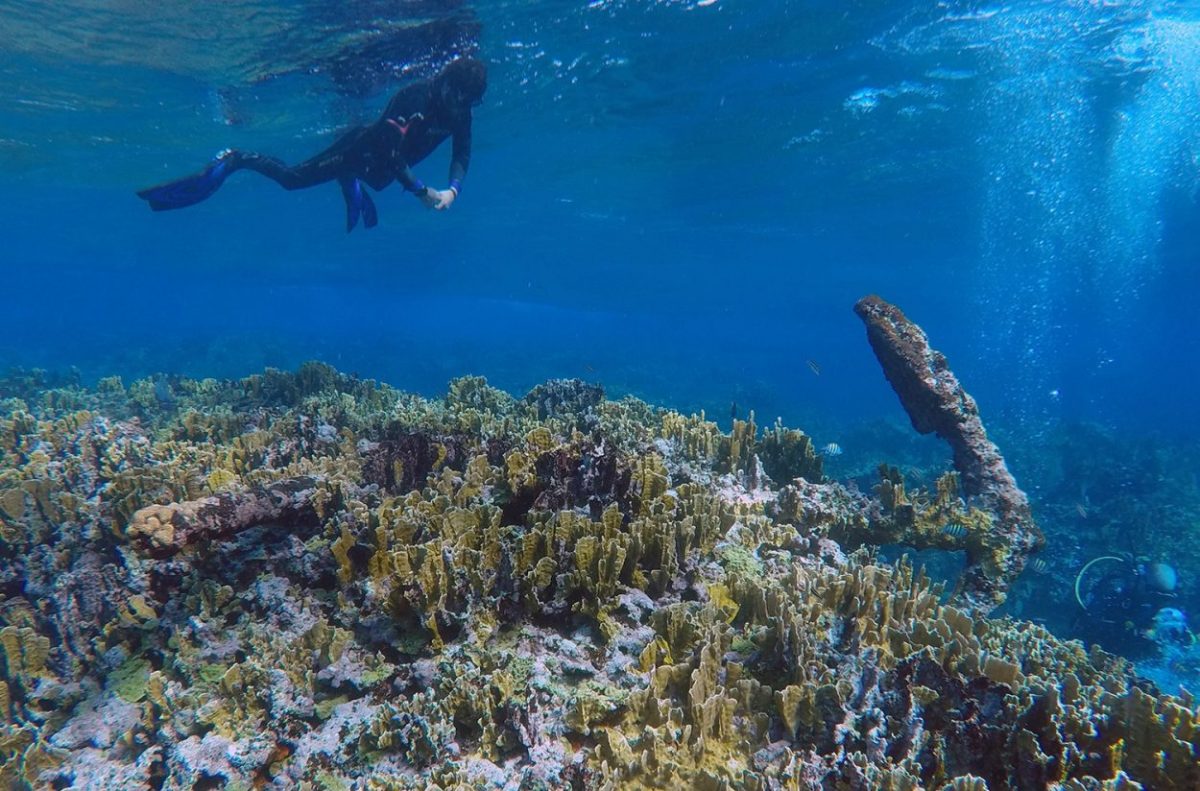 Off the coast of Quintana Roo state in Mexico

Underwater archaeologists from the Instituto Nacional de Antropología e Historia have announced the discovery of a shipwreck off the coast of Quintana Roo state in Mexico.

The “Manuel Polanco” wreck, named after the fisherman who made the initial discovery whilst diving the Caribbean waters to find fish, lobsters or conch has been added to a national register of 70 shipwrecks in the Banco Chinchorro Biosphere Reserve.

The archaeological team theorizes that the crew of the wreck had attempted to anchor itself into a reef to save the ship from running aground, but subsequently sank after striking the Chinchorro Bank, which was colloquially known as the “Nightmare reef” or “Sleep-robbing reef”.

The new wreck discovery lies just 3 metres beneath the waterline which has left the wreck exposed to the elements resulting in a loss of the wooden hull and organic material. Only solid elements have survived, that includes pig iron ingots used as ballast, cannons, and an anchor that correspond to an English sailing ship from the late 18th or early 19th centuries.

Among the sailboats, steamers and merchant ships of different nationalities in Chinchorro Bank, that INAH has recorded and protects and investigate, each new discovery allows researchers to learn more about the last 500 years of navigation in American waters.