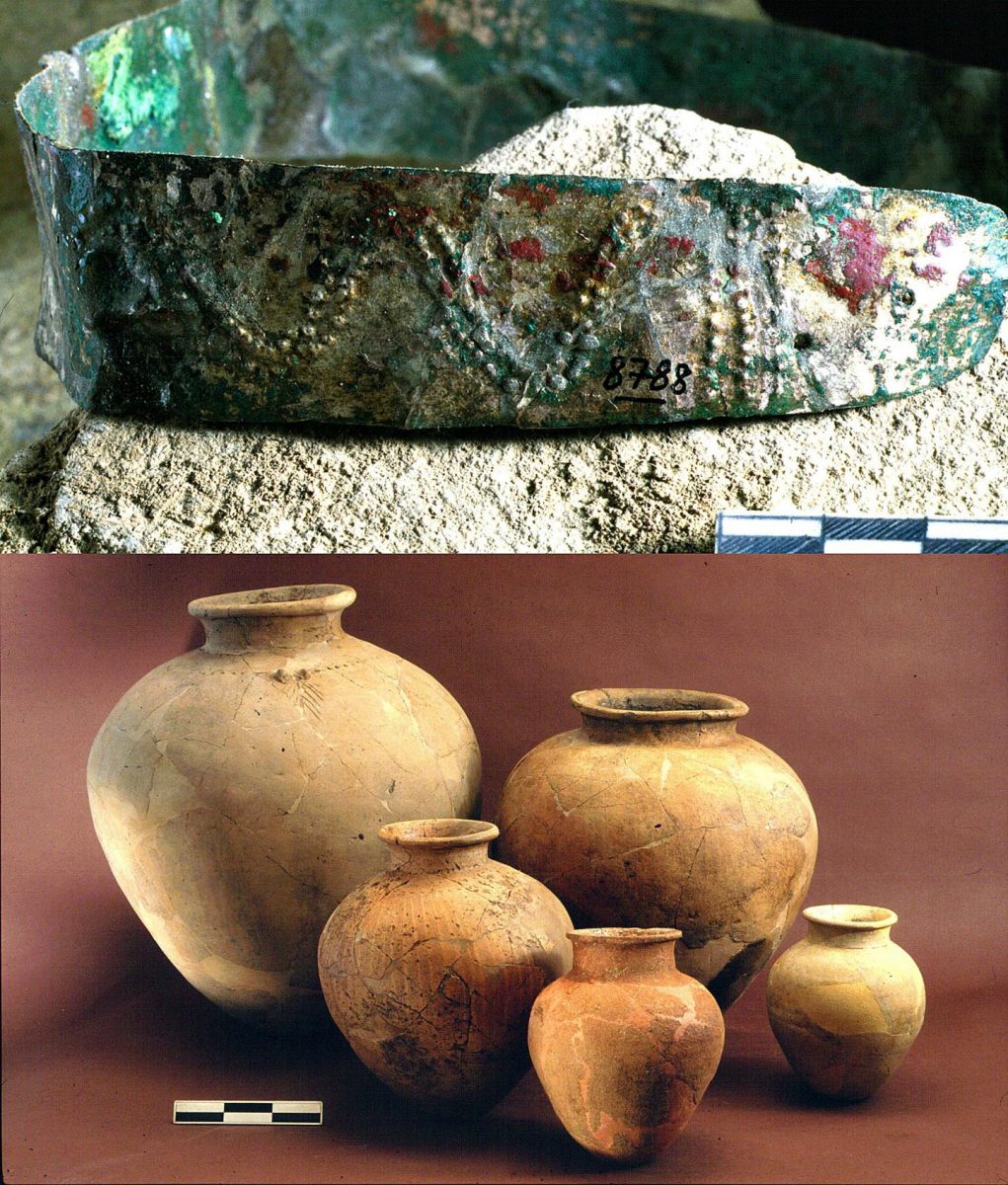 The exchange of ideas and material culture in Western Asia is well established within archaeological research. Although distinct traditions and systems of social organization emerged across Western Asia, the region from the Southern Caucasus to Anatolia and Mesopotamia had been a hub for the exchange of ideas and material culture for millennia. The extent of these exchanges, however, and the processes that lead farming communities to organize into complex societies, is still poorly understood. Was this process primarily a movement of ideas and materials, or did it also include large-scale movement of populations?

To answer this question, scientists from research institutes and universities in Europe, Asia, and North America*, led by the Department of Archaeogenetics at the Max Planck Institute for the Science of Human History (MPI SHH), analyzed genome-wide data from 110 skeletons dated approximately 7500 to 3000 years ago from archaeological sites in Anatolia, Northern Levant, and the Southern Caucasus. Their analysis indicates two influential genetic events, as well as evidence for long-distance individual movement.

A large genetic cline and a sudden genetic shift

During the late Neolithic, approximately 8,500 years ago, populations across Anatolia and the Southern Caucasus began to genetically mix, resulting in a distinct admixture that gradually spread across the entire region. This gradual change of genetic profile over a geographic region, known as a cline in genetics, could be seen millennia later in Anatolian populations from Central-North to Eastern Anatolia. Rather than indicating stationary populations, as apparent genetic continuity often does, the authors argue the spread of genetic information from North and Central Anatolia to the Southern Caucasus and the Zagros mountains in today’s Northern Iran indicates ongoing human mobility and the development of a regional genetic melting pot in Anatolia.

“This far-reaching vortex of homogenization shows that ancient people within Western Asia biologically mix before their increasing connectedness and emerging sociocultural developments became visible in the archaeological record,” says Johannes Krause, director of the Department of Archaeogenetics at MPI SHH, co-director at Max Planck – Harvard Research Center for the Archaeoscience of the Ancient Mediterranean (MHAAM) and senior author of the study.

In contrast to the gradual changes taking place in Anatolia, the Northern Levant experienced an introduction of new populations. “We found that the genetic makeup of Bronze Age populations from the ancient cities of Alalakh and Ebla in today’s southern Turkey and northern Syria differed from preceding populations from the same area,” says Eirini Skourtanioti, lead author of the study. “We detected subtle genetic changes that point to influences from external groups.”

This observation could contribute to debate on human mobility between the third and second millennium BC, as there are different interpretive constructs centering on either increasing inter-regional connectivity in these periods or migration connected with a mega-drought known as the “4.2k BP event.” Regarding the latter, archaeological evidence indicates an abandonment of the Khabur river valley and texts record the migration of groups such as the ‘Amorites’ and ‘Hurrians.’ Ancient Mesopotamia was likely the source of the new genetic influence observed at Alalakh and Ebla, according to material evidence and geoarchaeological research currently under study by the Alalakh excavation team; however, to date no ancient genomes have been successfully retrieved from this region.

In addition to long-term transitions at the scale of entire populations, the team also found evidence of long-distance movements at the individual level. At the Alalakh site in southern Turkey, the team found an individual whose genetic profile is most similar to Bronze Age populations in Central Asia. In addition to being a genetic outlier, the individual, who was identified as female, was unearthed at the bottom of a well which was in use at the time of her consignment.

“I was fascinated by our results for the ‘lady in the well,'” says Philipp Stockhammer, co-director of MHAAM and another senior author of the study. “She provides a unique insight into individual female mobility over large distances. We know from literary sources that women travelled in this time throughout Western Asia – very often as marriage partners. However, the story of this woman of Central Asian origin will remain an enigma.”

The context of this finding raises many questions, many of whose answers are beyond the resolution of modern analytical tools. How did this woman and/or her recent ancestors move from Central Asia to Northern Levant? Was she forced to leave her homeland? What was her role in the society, and was this an accident or a murder? Despite these questions, this woman demonstrates the long distances humans travelled in the past and points to the existence of migrant communities in a globalized ancient world.