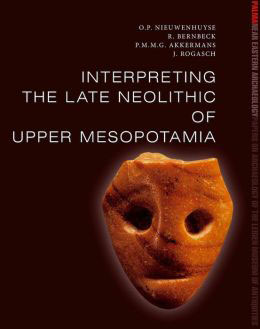 Papers on Archaeology from The Leiden Museum of Antiquities Series

The times between the Neolithic and Urban revolutions in Mesopotamia have for a long time been interpreted as a period of stagnation. This volume is part of an emerging discourse that challenges such assumptions. Focussing upon the northern parts of ancient Western Asia, where most recent research has concentrated, an international group of researchers demonstrates that Upper Mesopotamia underwent complex historical changes that we just begin to grasp fully. The Late Neolithic was a critical phase of the history of the ancient Middle East. Authors investigate settlement patterns, practices of painting pottery, distributions of various raw materials, the role of craft industries, the emergence of seals and other issues from a variety of theoretical and practical questions. The book is a must-have for prehistorians working in the Near East, and a rich source of information for archaeologists working in other parts of the world.

As Ian Hodder (Dunlevie Family Professor in the Department of Anthropology of Stanford University, Director of the Stanford Archaeology Center, Stanford University) wrote: “This is an enormously impressive volume that consigns to the waste bin any notion that the Late Neolithic in Upper Mesopotamia was an inconsequential period of stagnant inactivity between the PPNB and the Ubaid, between the origins of farming and of urbanism. Rather, the period emerges as diverse and complex, witnessing much dynamism and challenging many accepted assumptions. A hugely impressive compendium of papers transforms our vision of this time period. The papers are lively and diverse in terms of theory and perspective. Some deal more with excavation results and with microhistories, while others provide synthetic accounts. ‘Interpreting the Late Neolithic’ is a milestone in late prehistoric research of Western Asia.”