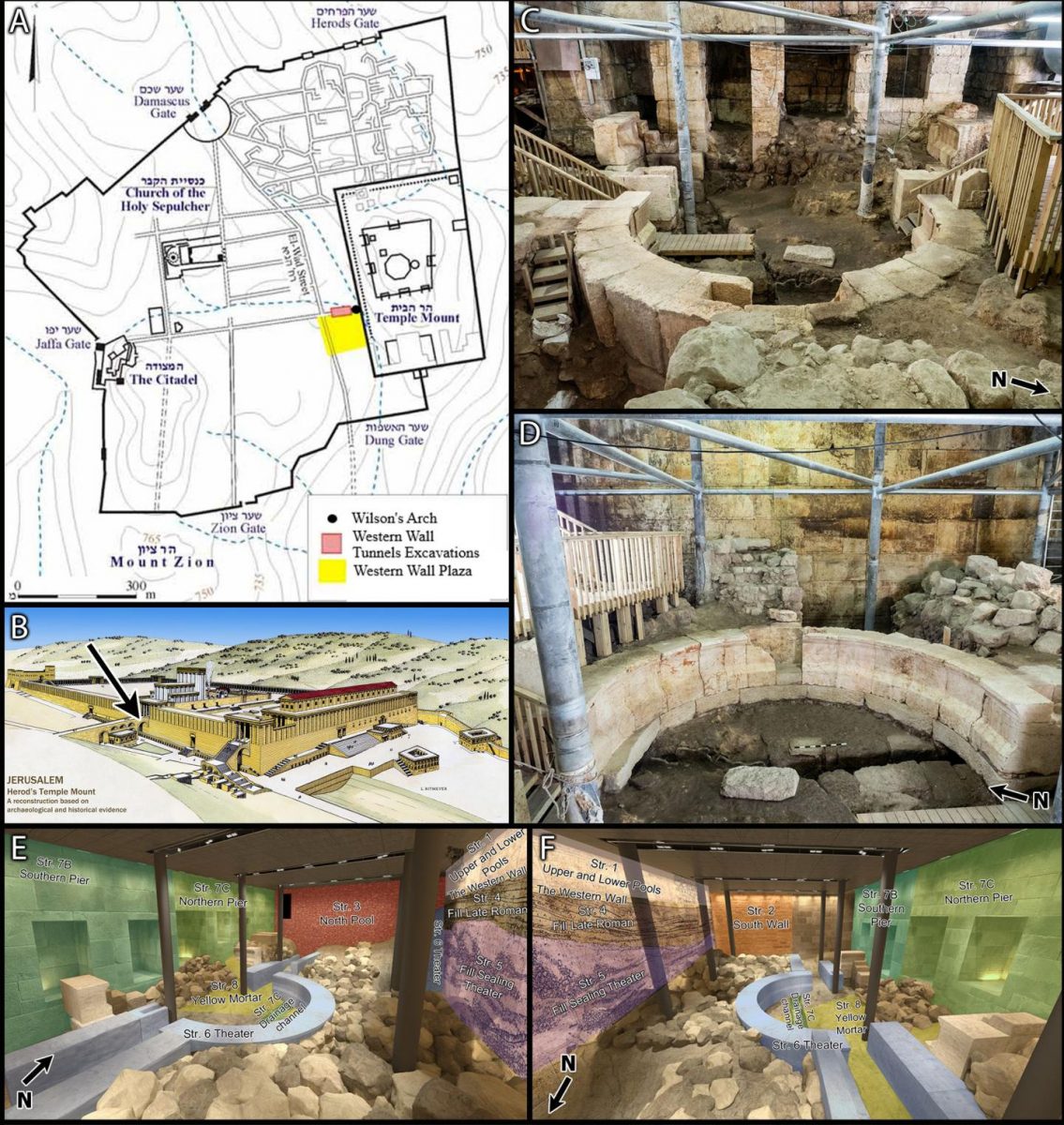 Integrating radiocarbon dating and microarchaeology techniques has enabled more precise dating of the ancient Wilson’s Arch monument at Jerusalem’s Temple Mount, according to a study published June 3, 2020 in the open-access journal PLOS ONE by Johanna Regev from the Weizmann Institute of Science, Israel, and colleagues.

Radiocarbon dating has rarely been used in archaeological explorations of the Classical and Post-Classical age in the Eastern Mediterranean (approximately the 8th century BC-6th century AD) — this is due to the technique’s imprecision, as well as a historical reliance on using material culture findings like coins or texts to estimate dates of specific monuments.

In this study, Regev and colleagues focused on pinpointing the specific construction dates for Wilson’s Arch, an arch of “The Great Causeway”, an ancient bridge linking Jerusalem’s Temple Mount to the houses of Jerusalem’s upper city, and which was excavated in 2015-2019 as part of a tourist development project. Wilson’s Arch has been the subject of much scholarly debate, with construction dates suggested from the time of Herod the Great, Roman colonization, or even the early Islamic period in Jerusalem (a span of about 700 years).

To better understand the specific timing of Wilson’s Arch (and the historical context in which it was constructed), Regev and colleagues used an integrative approach in the field during its excavation, conducting radiocarbon dating of 33 construction material samples directly at the site (generally charred organic matter, like seeds or sticks, present in mortar), as well as stratigraphic and microarchaeological analyses.

The authors were able to narrow the dates of construction for the initial Great Causeway bridge structure as having occurred between 20 BC and 20 AD, during the reign of Herod the Great or directly after his death. They also discovered a second stage of construction: between 30 AD and 60 AD, the bridge doubled in size as Wilson’s Arch in its current form was finalized (during this period of direct Roman rule, there’s evidence the Romans began or expanded on many building projects around Jerusalem, including an aqueduct supplying the Temple Mount with water).

Regev and colleagues note that their technique of using many samples for radiocarbon dating, coupled with stratigraphic analysis, could be broadly applied in many other densely-built ancient cities in order to fine-tune building dates for specific remains.

Image: Wilson’s Arch excavation area. (A) Map of the old city of Jerusalem and the location Wilson’s Arch. Copyrights: Israel Antiquities Authority, 2020. (B) An artistic reconstruction of the Temple Mount in the time of Herod the Great (1st century AD). The arrow points to the arch known today as Wilson’s Arch. Copyrights: Ritmeyer Archaeological Design, 2020. (C,D) Photographs of the site. The scale bar in D is 1 meter in length. (E,F) A 3D reconstruction of the site. As the site is under constant renovations, a model is used here to illustrate the location of the various features and strata. A section drawing of strata 1,4,5 was imposed on the Western Wall to illustrate their relative position. Credit: Regev et al, 2020 (PLOS ONE, CC BY 4.0)