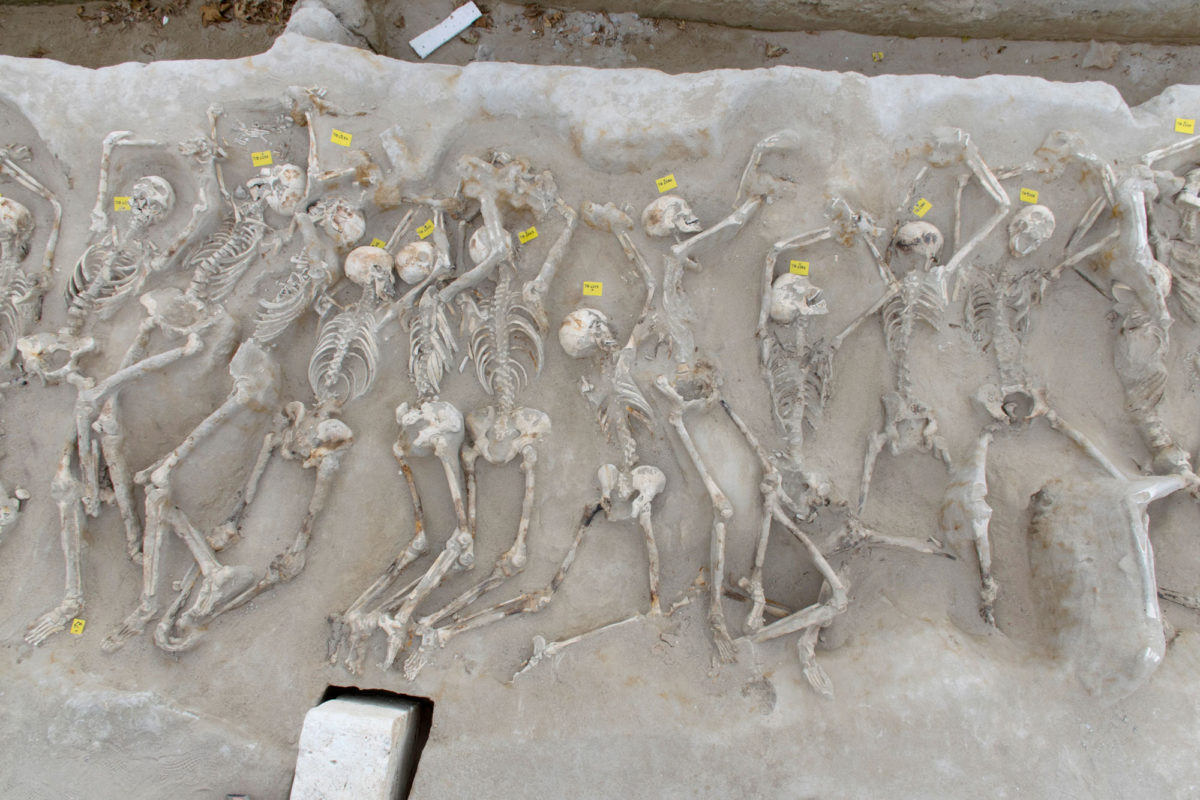 The Phaleron Captives’ archaeological research report is now available to read for free, as the journal where it is published has released the article as an open-access content.

As noted in the abstract, in 2016, archaeological excavations of the Ephorate of Antiquities of West Attica, Piraeus, and Islands in a site 3.8 km south-west of Athens, Greece, revealed mass burials of 79 skeletons in three rows. The burials are dated to the 7th c. BC.

The anthropological field documentation was undertaken by The Swedish Institute of Athens and followed established bioarchaeological protocols regarding taphonomic processes, age, sex, injuries, and pathological changes. The descriptions and interpretations should be regarded as preliminary field observations.

A majority of the individuals were young adult or juvenile males, most of them without signs of active disease and with a generally good oral health status, but with corroded iron shackles around their wrists. Cause of death could not be determined although extensive and likely perimortem fractures were observed. The only object related to injury and/or possible cause of death was an arrowhead found in the chest of one of the skeletons.

Why and where the individuals were killed is a matter of conjecture; the observations from the field documentation neither validate, nor disprove the hypothesis that these individuals were captives and victims of the so-called “Cylonian conspiracy” in the 7th century BC.

The 158-page-long report is signed by Anne Ingvarsson and Ylva Bäckström and has been published in Opuscula 12 (2019) -the official journal of the Swedish Institutes at Athens and Rome-  under the title ’Bioarchaeological field analysis of human remains from the mass graves at Phaleron, Greece. With an introduction by Stella Chryssoulaki and an appendix by Anna Linderholm, Anna Kjellström, Vendela Kempe Lagerholm, and Maja Krzewińska’.  You can download it from here.