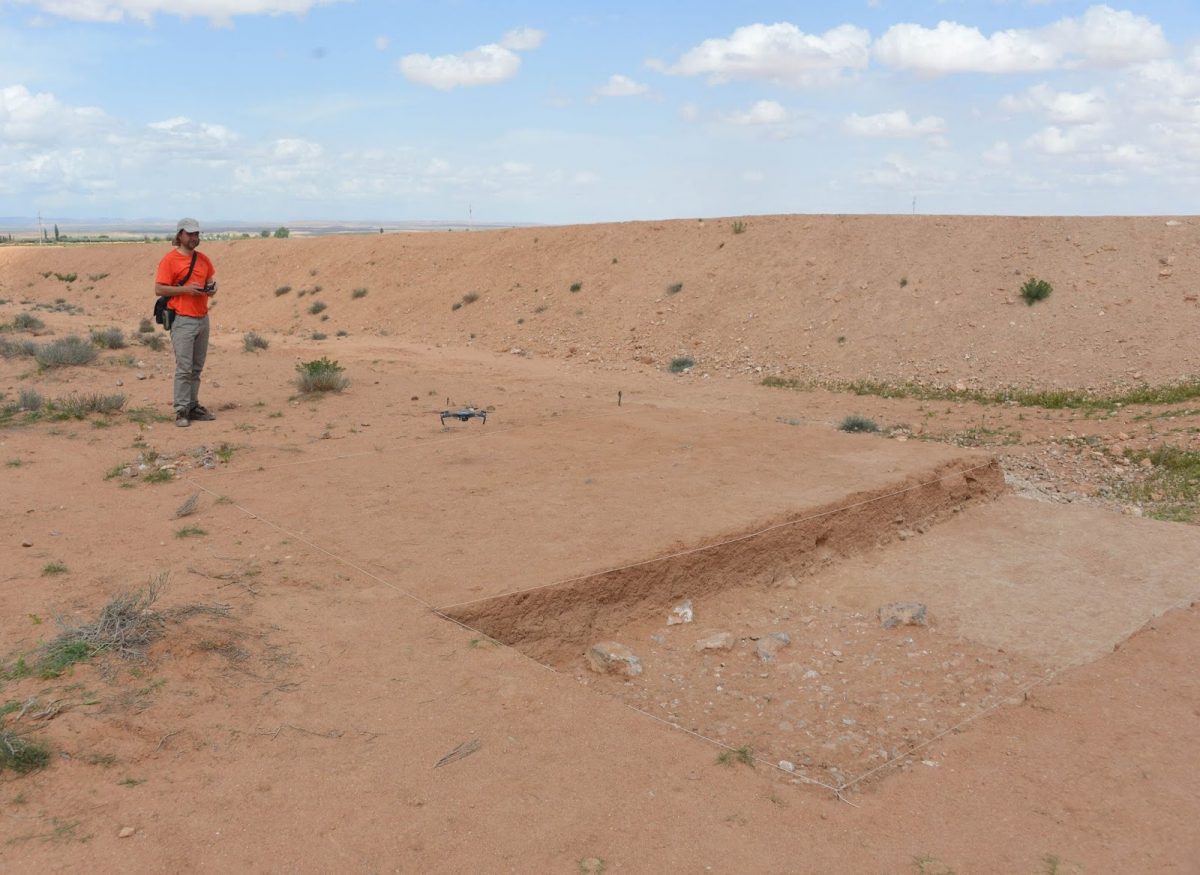 In the Moroccan Atlas

The Centro Nacional de Investigacion sobre la Evolucion Humana (CENIEH) has led a paper just published in the Journal of Maps reporting the use of drones to capture high-resolution aerial images and topographies of the High Plateaus Basin, a region in Eastern Morocco that is key to understanding human evolution in North Africa during the Quaternary.

“We used the drones from our Digital Mapping and 3-D Analysis Laboratory to analyze how the landscape in this intramountain basin in the Atlas chain has evolved, and thus distinguish the different geological formations,” says the lead author of this work, Alfonso Benito Calvo, head of the Geomorphology and Formation Processes line of research at CENIEH.

In the zone studied, there are abundant geological materials on great plains marked by fluvial channels that led, finally, to the formation of shallow lakes and wetlands. From that moment, deep valleys were incised, leaving fluvial terraces and buttes formed under arid conditions with frequent climatic changes.

“Numerous archaeological remains of different chronologies are preserved today in this geological record, indicating the great potential of the region for studying the archaeological history of North Africa from the Pliocene to the present day,” says Benito Calvo.