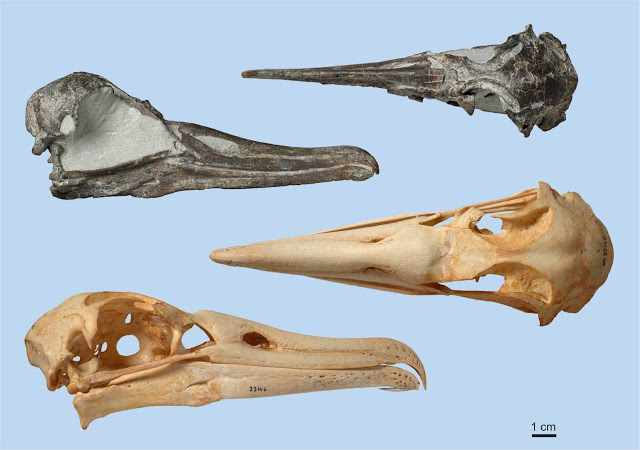 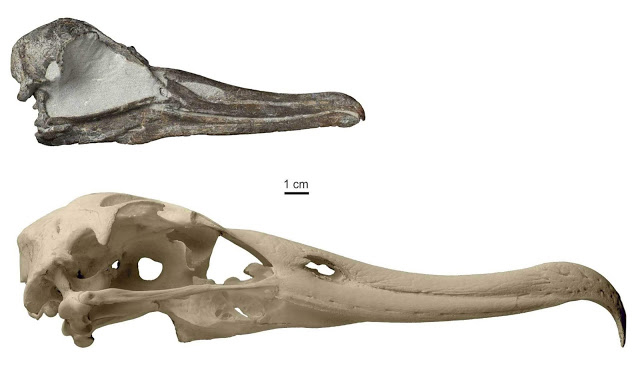 It lived about 3 million years ago

Senckenberg ornithologist Gerald Mayr, in conjunction with his colleague Alan Tennyson of the Te Papa Museum in New Zealand, describe a previously unknown, extinct albatross species from the Pliocene. The bird, which lived about 3 million years ago, only reached approximately 90 percent of the size of the smallest modern albatrosses.

However, the fossil’s most remarkable trait is the unusually narrow beak, which suggests that the new species mainly fed on fish. The diet of modern albatrosses, by contrast, is dominated by squid. The fossil discovery thus indicates a higher diversity in the feeding ecology of extinct albatrosses and raises the question why the fish-eating forms ultimately went extinct. The study is published today in the scientific journal Ibis.

Extant albatrosses are known for their considerable size: the largest species reach a wingspan of more than 3 meters. However, while living albatrosses are among the most iconic pelagic birds, little is known about the evolutionary history of these characteristic flyers, and fossils are extremely rare.

The new species, described as Aldiomedes angustirostris, is represented by an almost completely preserved skull that was discovered in 2011 by a private collector in the Tangahoe Formation on New Zealand’s North Island. The marine sediments of this fossil site are known for their rich Pliocene fauna.

“The new species we described is clearly smaller than all modern albatrosses,” explains Dr. Gerald Mayr of the Senckenberg Research Institute in Frankfurt, and he continues, “Small albatross species are already known from the Eocene and Miocene epochs, but the new fossil is the youngest and most complete of these small forms and the only one of which a skull has been found.”

The avian skull examined by Mayr and his colleague Alan Tennyson differs from all other known albatross species not only in its size; the shape of the beak also deviates from the norm. “The slender beak resembles that of modern seabirds that feed on fish,” explains Mayr. The ornithologists therefore assume that the newly discovered species preferred a diet of fish, unlike modern albatrosses who primarily hunt for squid.

The fossil discovery shows that albatrosses had a more diversified feeding ecology in the past. However, it remains an enigma why these small, fish-eating species ultimately went extinct. “It is possible that they shared similar ecological niches with other seabirds such as boobies or cormorants during the Pliocene and ultimately succumbed to competition with these birds” assumes Mayr and adds in closing, “However additional fossils from the avifaunas of that time are needed to properly test this hypothesis.”