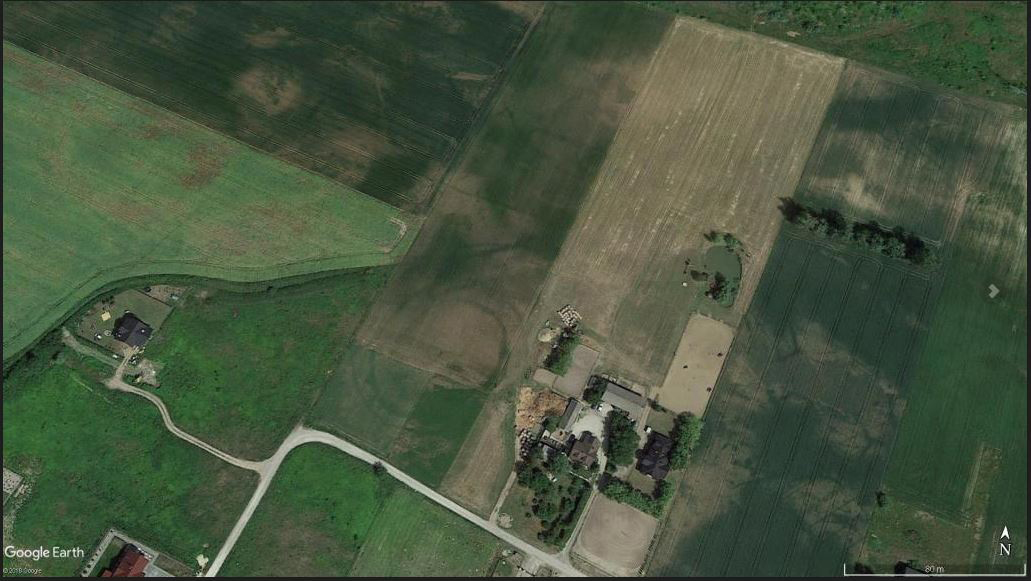 Massive 7,000-year-old structures with a rounded or circular plan known as roundels discovered near Toruń, consisted of ditches up to 3m wide and 2m deep, archaeological research shows.

The enormous structures which required the work of dozens of people equipped with bone digging tools, were discovered in 2019 by doctoral students Mateusz Sosnowski from the Institute of Archaeology of the Nicolaus Copernicus University and Jerzy Czerniec from the Institute of Archaeology and Ethnology of the Polish Academy of Sciences in Warsaw, while analysing data from Google Maps and Google Earth.

In arable fields in the Łysomice area, the researchers noticed outlines of two round structures approximately 85 m in diameter around  5 km from each other. They consist of a system of three oval ditches with a common centre.

The researchers described them as “sensational” as these types of buildings had not been found so far east of the Vistula River before.

This year, a team of archaeologists led by Jerzy Czerniec began field research of the two structures. Analyses were carried out with a magnetometer which enabled them to look underground without interfering with the surface. As a result, researchers reconstructed their course in places where they were not visible from a bird’s eye view. They also started limited excavations with financial support from the Łysomice commune.

Mateusz Sosnowski from the Nicolaus Copernicus University in Toruń said: “We were able to determine that the ditches were approx. 2 m deep and 3 m wide, and their cross-section was V-shaped. These were huge structures from about 7,000 years ago. They required the effort of dozens of people. Bone or horn tools were probably used to dig the ditches.

“Excavations were not easy either, even though we were certainly equipped with better tools than the roundel builders.”

During excavations, the archaeologists took samples of burnt coals from inside the ditches to carry out C14 radioactive carbon isotope analyses and determine the approximate age of the structures.

“The roundel was probably built in the place of an earlier settlement; but it cannot be ruled out that the structure is older than we thought. Expert analysis will shed light on this issue.” Animal bones and antler fragments were also discovered in the ditch, which they suspect came from rituals.

Roundels are the oldest examples of monumental architecture in Europe. Archaeologists believe that they served as ceremonial centres, temples or places of assembly.

They were usually surrounded not only by concentric ditches, but also palisades, so they could also have defensive function.

So far, more than 130 have been located, a third of them in Austria. The remaining structures are in today’s Hungary, Slovakia, Czechia and Germany. In 2014, only three such structures were known in Poland. We currently know of approximately 10.