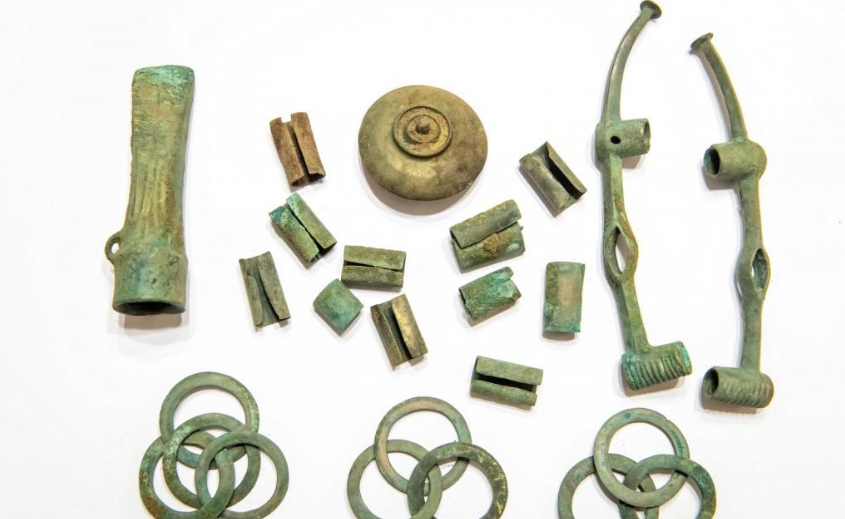 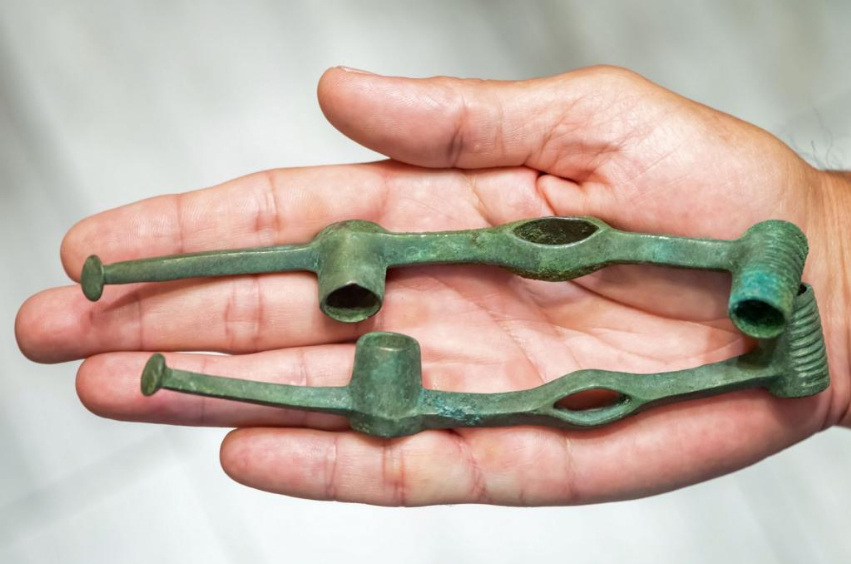 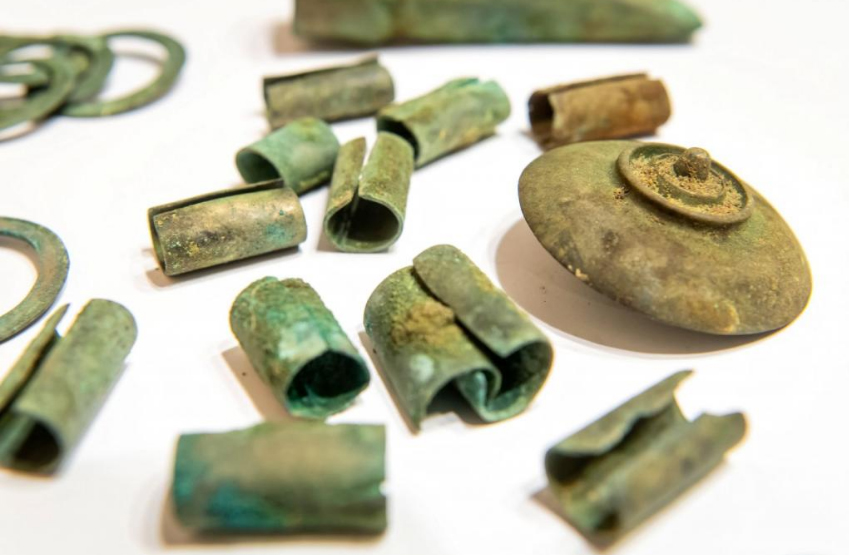 The remains of an Iron Age horse harness found wrapped in leaves and placed in a leather bag in north-central Poland are thought to be the oldest such discovery in Central Eastern Europe.

The 2,500-year-old decorated bronze pieces were uncovered in Cierpice near Toruń at the end of September by Arkadiusz Kurij from the WELES Historical and Exploration Group in Mała Nieszawka.

He had been returning to the archaeologists’ meeting point after searching a nearby hill when his metal detector, which was still turned on, began beeping.

Deciding he may have stumbled upon something of historical interest, the researchers contacted the Provincial Office for Monument Protection in Toruń which then uncovered over 150 smaller and larger bronze pieces which made up a large part of a bridle.

The items were wrapped in leaves, analysis of which reveal they were probably burdock, and the bundles had been placed in a leather bag; its remains are also visible on the harness parts.

Dr. Jacek Gackowski from the Institute of Archaeology of the Nicolaus Copernicus University in Toruń: “This is the first find of this type in Central and Eastern Europe.

“This secured deposit had been buried on a sandy hill near the bank of the Vistula. It can be assumed that someone who hid these valuable items planned their subsequent extraction.

“The preserved artefacts indicate that the bridle was very decorative, as evidenced also by the numerous tubular and ring-shaped harness parts made of sheet metal and wire.

“It is an almost complete horse bridle. The only thing missing is a bit, the part inserted into the horse’s mouth; it was used to send signals and guide the animal.”

He added that the style of the harness can be traced back to the far north infiltration of nomads, possibly Scythians, in the environment of the Lusatian culture. This most likely took place in the early Iron Age (6th century BC).

He said: “Remember that the remains of Scythian weapons and ornaments are known from the area of Kujawy and the south-western edge of the Chełmno land. (…) Perhaps the treasure from Cierpice is a trace of dramatic events that could have occurred between the local population and culturally alien, horse-riding visitors from far away.”

In addition, archaeologists also found a locally-made socketed axe inside the leather bag.

Wojciech Sosnowski from the Provincial Office for Monument Protection in Toruń said that “at the moment, it is difficult to answer” why or how the axe was in the bag, adding: “An interdisciplinary research team will be established to solve all the mysteries related to the discovered treasure. It will include pre-historians, archaeometallurgists, conservators and representatives of the natural sciences.

“Samples will be taken and their analysis will allow, among other things, to determine the exact time when the treasure was buried.”

But he suggested that the person who buried the metal parts treated them as a raw material for further remelting. During this period, metals were considered very valuable and they were in short supply. The whole treasure weighs about 1 kg; the parts are light so as not to constrain and unnecessarily burden the horse, he said.