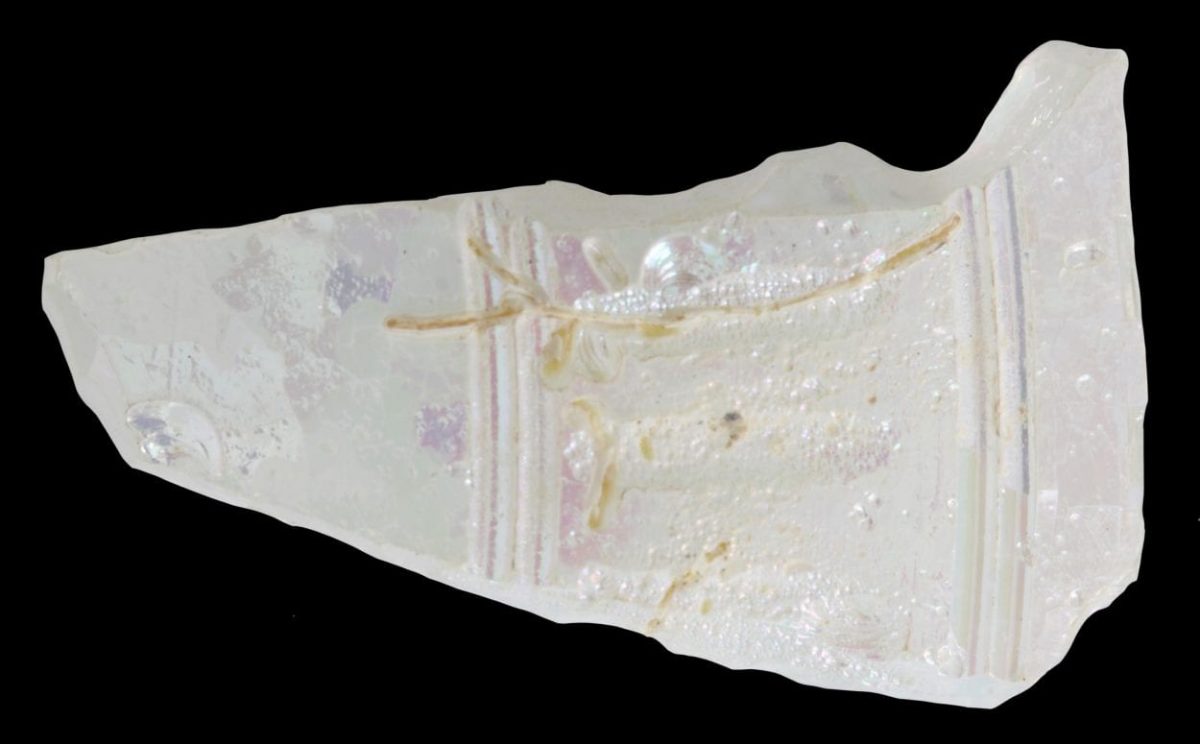 Glass is an immensely interesting archaeological material: While its fragility and beauty is fascinating in itself, geochemical studies of invisible tracers can reveal more than what meets the eye.

In a new international collaboration study from the Danish National Research Foundation’s Centre for Urban Network Evolutions (UrbNet), the Aarhus Geochemistry and Isotope Research Platform (AGiR) at Aarhus University and the Danish-German Jerash Northwest Quarter Project (Aarhus University and University of Münster), researchers have found a way to determine the origin of colourless glass from the Roman period. The study is published in Scientific Reports.

The Roman glass industry was prolific, producing wares for drinking and dining, window panes and coloured glass ‘stones’ for wall mosaics. One of its outstanding achievements was the production of large quantities of a colourless and clear glass, which was particularly favoured for high-quality cut drinking vessels. The fourth-century Price Edict of the emperor Diocletian refers to colourless glass as ‘Alexandrian’, indicating an origin in Egypt. However, large amounts of Roman glass are known to have been made in Palestine, where archaeologists have uncovered furnaces for colourless glass production. Such furnaces have not been uncovered in Egypt, and hitherto, it has been very challenging to scientifically tell the difference between glass made in the two regions.

Now, an international collaboration led by Assistant Professor Gry Barfod from UrbNet and AGiR at Aarhus University has found the solution. Their work on Roman glass from the Danish-German Jerash Northwest Quarter Project in Jordan shows that the isotopes of the rare element hafnium can be used to distinguish between Egyptian and Palestinian glass and provide compelling evidence that the prestigious colourless glass known as ‘Alexandrian’ was indeed made in Egypt. Two of the co-authors of the publication, Professor Achim Lichtenberger (University of Münster) and Centre Director at UrbNet Professor Rubina Raja, head the archaeological project in Jerash, Jordan. Since 2011, they have worked at the site and have furthered high-definition approaches to the archaeological material from their excavations. Through full quantification methods, they have over and again shown that such an approach is the way forward in archaeology, when combining it with in context studies of various material groups. The new study is yet another testament to this approach.

“Hafnium isotopes have proved to be an important tracer for the origins of sedimentary deposits in geology, so I expected this isotope system to fingerprint the sands used in glassmaking”, states Gry Barfod. Professor at Aarhus University Charles Lesher, co-author of the publication, continues: “The fact that this expectation is borne out by the measurements is a testament of the intimate link between archaeology and geology.”

Hafnium isotopes have not previously been used by archaeologists to look at the trade in ancient man-made materials such as ceramics and glass. Co-author Professor Ian Freestone, University College London, comments, “These exciting results clearly show the potential of hafnium isotopes in elucidating the origins of early materials. I predict they will become an important part of the scientific toolkit used in our investigation of the ancient economy.”