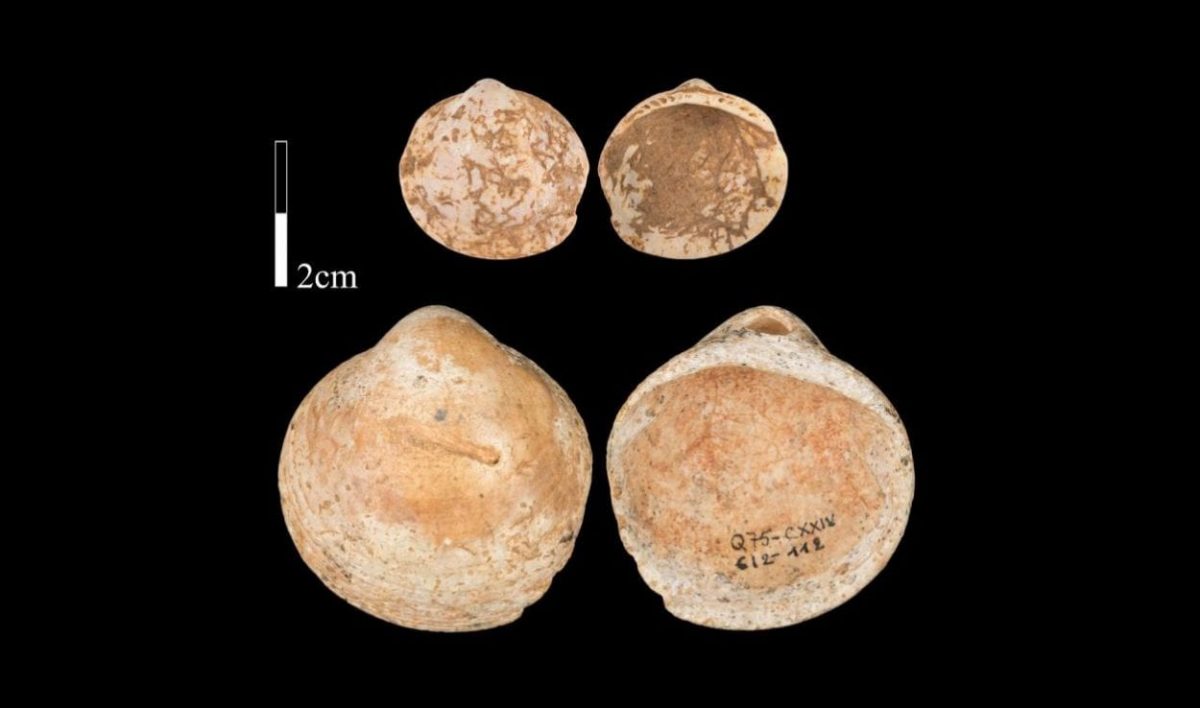 Ancient shells were hung on strings and painted with ochre

Ancient humans deliberately collected perforated shells in order to string them together as beads, according to a study published by Daniella Bar-Yosef Mayer (Tel Aviv University, Israel), Iris Groman-Yaroslavski (University of Haifa, Israel), and colleagues.

Shells are one of the oldest ways humans have adorned and expressed themselves, with examples of deliberately-collected shell assemblages at human sites dating as far back as 160,000 years ago found across North Africa, South Africa, and the Eastern Mediterranean. Shells from one Mediterranean Paleolithic site, Qafzeh Cave (dated to 120,000 years ago) are all naturally perforated (in contrast to the unperforated shells found at a nearby older site, Misliya Cave), suggesting that these shells were deliberately collected and strung together as beads.

To investigate the possibility of deliberate suspension to create strings of shell beads, Bar-Yosef Mayer and Groman-Yaroslavski collected the same species of perforated clamshells (Glycymeris) and simulated the potential use and wear present on the original shells: first systematically abrading the shells against different materials like leather, sand, and stone to produce a catalogue of wear patterns, then hanging the shells on strings made from wild flax to to identify wear patterns specific to string suspension. They then compared these wear patterns to those of the original Qafzeh Cave shells.

Microscopic analysis of the five best-preserved Qafzeh Cave shells revealed traces consistent with those created in the simulated shells via contact with a string, as well as traces of shell-to-shell contact (indicating the shells hung closely together). Four of the five original shells also revealed traces of an ochre coloring treatment.

Though it’s not possible to determine the precise symbolic meaning of the shell bead strand from Qafzeh Cave, the fact that bivalve shells are a frequent hallmark across Paleolithic sites gives a sense of their importance. Additionally, the presence of a string seems to suggest that not only was shell collection important–the ability to display the shells to others also likely held significance. As one of the earliest instances of perforated objects hung on strings, the Qafzeh Cave shells also bring us closer to understanding the origins of string-making technology probably between 160-120,000 years ago.

Bar-Yosef Mayer adds: “Modern humans collected unperforated cockle shells for symbolic purposes at 160,000 years ago or earlier, and around 120,000 they started collecting perforated shells and wearing them on a string. We conclude that strings, which had many more applications, were invented within this time frame.”