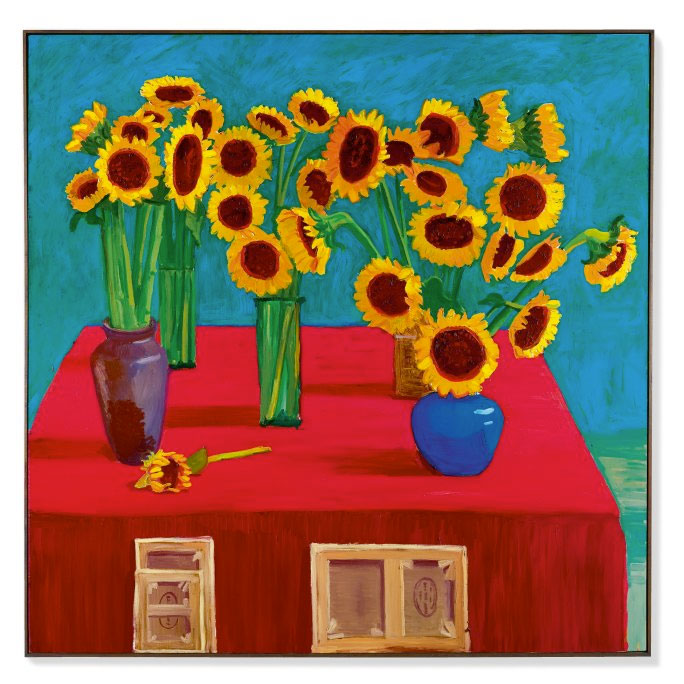 “30 Sunflowers”, one of two large-scale paintings by British artist David Hockney, was acquired for $ 14.8 million at Sotheby’s auction in Hong Kong, and became the second most expensive work by a Western artist sold in Asia.

The still-life artwork, which in the past had only one owner, exceeded the pre-sale estimate of $ 10.3 million. The painting had last been sold for $ 2.5 million at an auction of the house of Phillips in New York in May 2011.

The work, created in 1996 when the artist was 60 years old, is considered a unique masterpiece and featured on the cover of the catalogue of David Hockney’s exhibition “Flowers, Faces and Spaces” in London in 1997.

At an auction in Hong Kong last week, 39 works of contemporary art were put up for sale and only three found no buyers.

The works, which were to be shown at exhibitions in Los Angeles, Jakarta, Hong Kong and Taipei, but not made possible because of the lockdown caused by the coronavirus pandemic, sold for $ 76.8 million.

According to artnews, in recent years buyers from Asia have become a major force in the market for impressionist and contemporary works. However, they bid for works of art and have acquired them mainly at auctions held in London and New York. The sale of the David Hockney’s painting confirms that the same buyers are active in the Hong Kong auctions of works by Western artists.