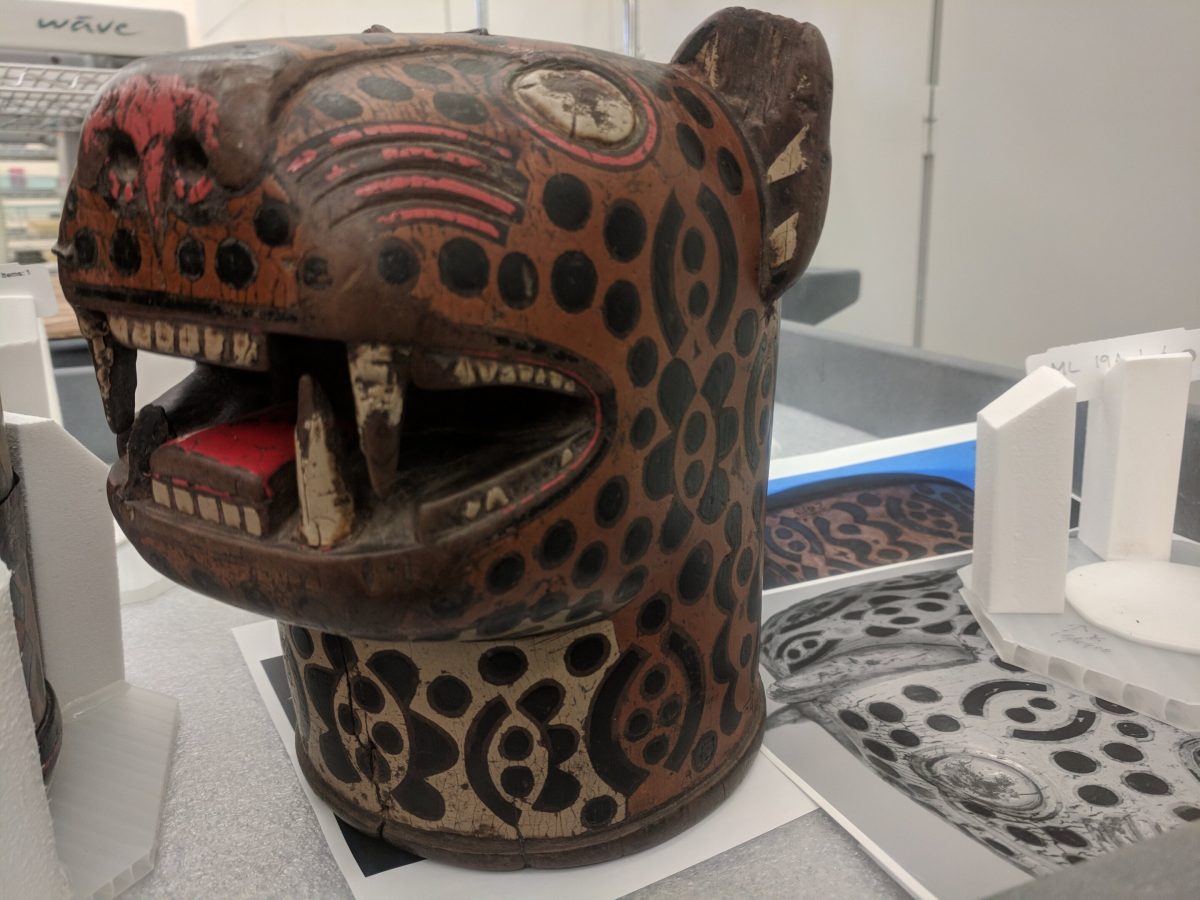 Isotope analysis suggest clues to the manufacture and distribution of qeros

Researchers studying lead white pigments on Andean ceremonial drinking vessels known as qeros have found new similarities among these artifacts that could help museums, conservators, historians and scholars better understand the timeline and production of these culturally significant items during the colonial period (1532-1821).

In a study published in the journal Heritage Science, researchers used isotope measurements of lead white pigments in the decorative patterns on 20 colonial qeros to reveal linkages among vessels that were unknown previously.

The analysis identified only three isotope signatures among the lead white pigments decorating the qeros. Two of these isotopic signatures, present on a total of eight qeros, are the same as found in lead white paints used in European artwork from the same period. This match suggests these qeros are decorated with pigments imported to the Andes from Europe. The third signature, found on 12 of the qeros, suggests that the lead white was manufactured locally in the Andes.

The analysis was carried out by Allison Curley, a former Dickinson College undergraduate who is now a graduate student in earth & environmental sciences at the University of Michigan, and her mentor, geochemist Alyson Thibodeau, assistant professor of earth sciences at Dickinson, along with a team of researchers from the Smithsonian National Museum of the American Indian; the Metropolitan Museum of Art; the UCLA/Getty Program in Conservation of Archaeological and Ethnographic Materials; and the American Museum of Natural History.

“Little is known about the history of colonial qeros now in museum or private collections. The results could lead to a better understanding of the objects’ chronology and production,” explained Thibodeau. “For example, it is possible that qeros made earlier in the colonial period are decorated with European lead white, while qeros made later are decorated with lead white made from Andean ores. Further, the results strongly suggest some form of centralization in pigment acquisition, manufacture and distribution in the colonial period.”

“The consistency of the data was both surprising and satisfying,” said Curley, who has been collaborating with Thibodeau on this project since 2017. “It is exciting to see geochemistry provide insights into some longstanding historical and archaeological questions, and I was absolutely thrilled to present these findings to the Society for American Archaeology and to the conservators at the Smithsonian.”

“It’s important for those studying qeros all over the world to have a better understanding of the Andean people who made and used qeros during a time of colonial rule,” said Emily Kaplan, conservator for the Smithsonian National Museum of the American Indian, which has the largest collection of qeros in the United States. Kaplan hopes the research will lead to more radiocarbon dating, which will reveal more about the chronology of qero production. “Style and iconography have been used to help establish production timelines, but there’s a lot of guesswork involved,” she said.

Ceremonial drinking vessels have been used for toasting rituals in the Andes for millennia. Wooden qeros made in the colonial period were typically fabricated in identical pairs to make ceremonial toasts for social, political and religious occasions. These items retain their cultural significance to this day and are recognized as a symbol of the Inka Empire. Because they provide a window into the Andean indigenous colonial experience, qeros have been studied by art historians, archaeologists and anthropologists.