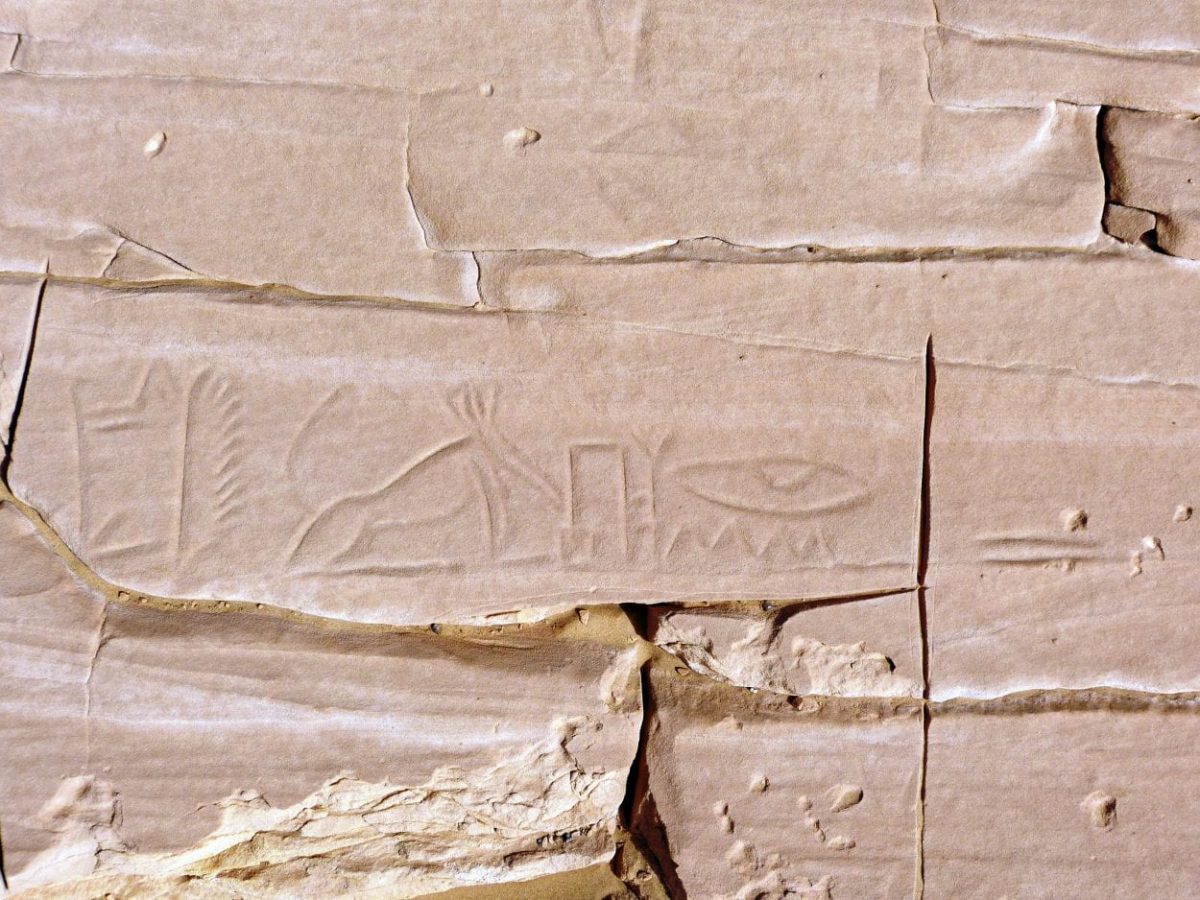 Archaeologists suggest that the natural raw materials transported from the Libyan Desert in the west, and the much smaller Arabian Desert in the east contributed to the rise of the Egyptian Civilisation.

Researchers from the Archaeological Museum in Poznań have been conducting a study of the various inscriptions, depictions, and symbols carved into the desert rock, covering a chronological timeline over a period of a thousand years in and around the Dakhla Oasis.

Such inscriptions indicate that caravans were sent on expeditions to transport raw materials across the vast deserts more than 5,000 years ago before the establishment of the Pharaonic state, and through into Pharaonic times to construct the giant monuments and tombs erected by the Ancient Egyptians.

One such site is a hill located south-west of the Dakhla Oasis, which contains various inscriptions indicating that caravans were sent by rulers such as Khufu (the pharaoh who commissioned the famous Great Pyramid of Giza) in order to obtain the raw material known as ‘mephat’. Dr. Paweł Polkowski from the Archaeological Museum in Poznań said: “We suspect that it was one of the shales common in the area, rich in iron oxides, probably used to obtain a powder for red dyes, which in turn could be used to decorate tombs.”

The Pharaohs subjugated the inhabitants of the larger oases of the Western Desert – the Dakhla and Kharga during the Old Kingdom (at the time when the pyramids were erected), with the regions becoming a primary source of rare materials such as Libyan desert glass and copper.

In recent decades, archaeologists have discovered several places in the Libyan Desert that they refer to as stopping stations. It was a system of smaller (approx. every 30 km) and larger (approx. every 90 km) stops with stations supplying travellers with water and animal feed. These stations were used several thousand years ago and allowed communication between Dakhla and Jebel Uweinat.

Dr. Paweł Polkowski from the Archaeological Museum in Poznań said: “Copper used to manufacture tools, that was necessary to process stone blocks for the construction of temples and pyramids was obtained from the Sinai Peninsula or the distant Nubia, south of Egypt. Were it not for these materials and other resources, this civilisation would probably look very different”.