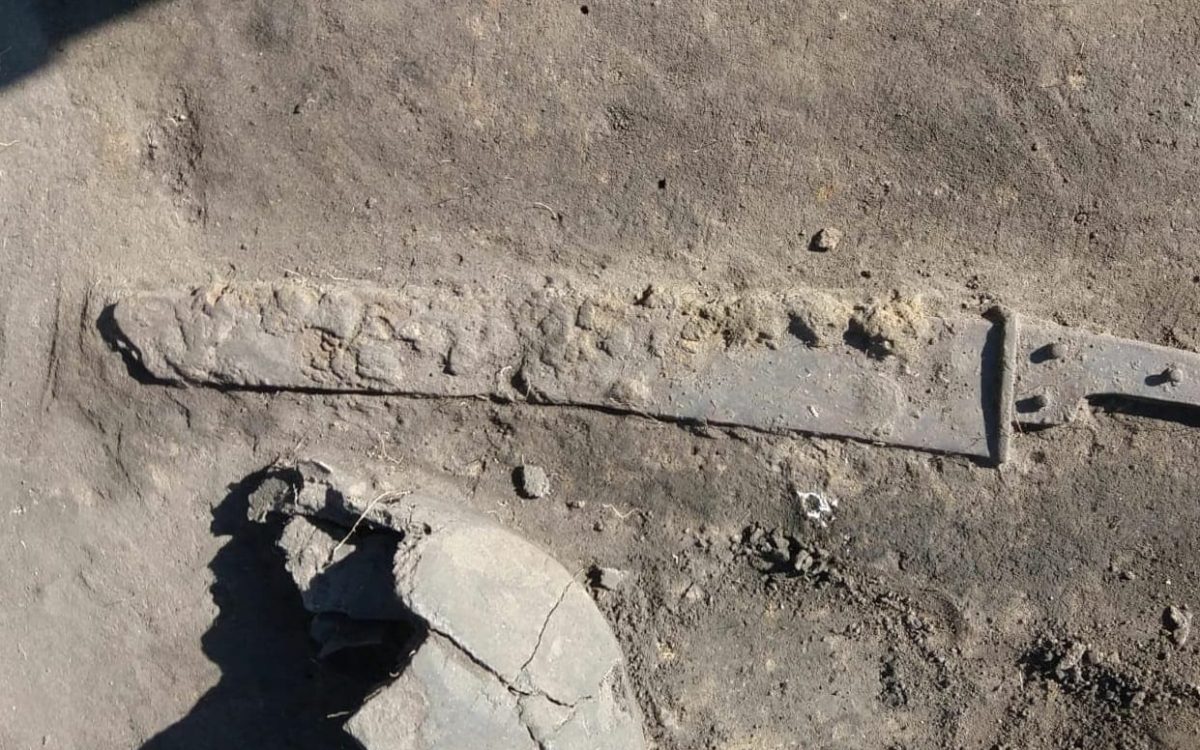 Maybe associated with the Przeworsk culture

Archaeologists from the Institute of Archaeology at the University of Kraków have made several discoveries of spearheads, clasps for fastening clothes, a richly ornamented spindle, iron needles, and a single-edged sword whilst conducting excavations of a graveyard site in Bejsce, Poland.

Researchers believe the site may be associated with the Przeworsk culture, an Iron Age society that dates from the 3rd century BC to the 5th century AD from central and southern Poland.

The culture’s decline in the late 5th century coincides with the invasion of the Huns. Other factors may have included the social crisis that occurred as a result of the collapse of the Roman world and the trade contacts it maintained with peoples beyond its borders.

The burials were discovered in a damaged state, located in farmland around the village of Bejsce. But despite the level of disturbance due to agricultural activity, the archaeologists were able to unearth a perfectly preserved single-edged sword. This was due to the funerary practices of a cremation burial that protected the sword’s iron against progressive corrosion.

Among other military items found are spearheads, which, according to contemporary accounts were the preferred weapons of the tribes inhabiting the areas on the Vistula River during the Iron Age.