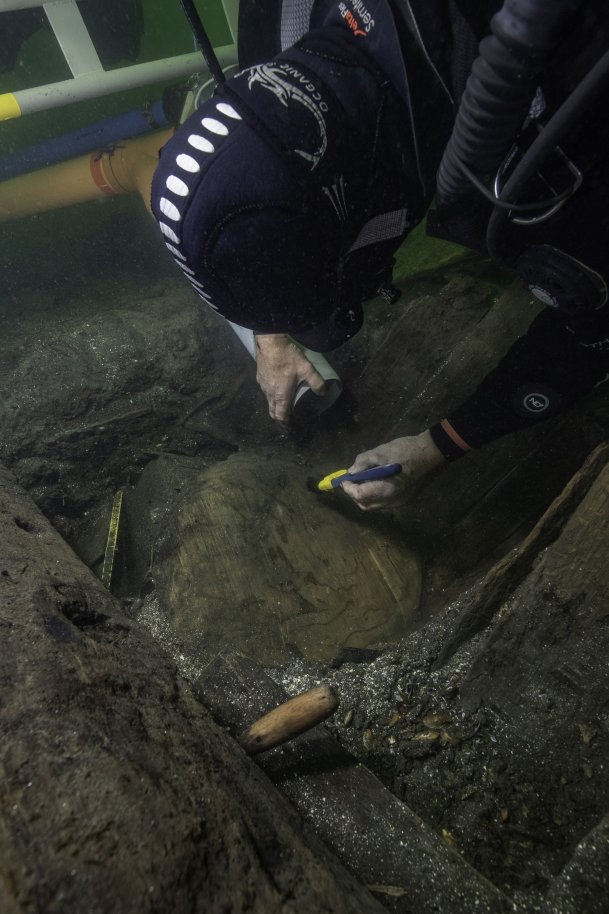 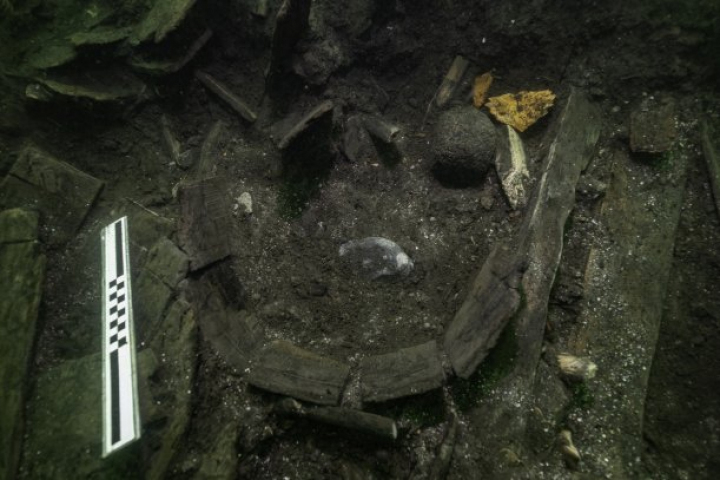 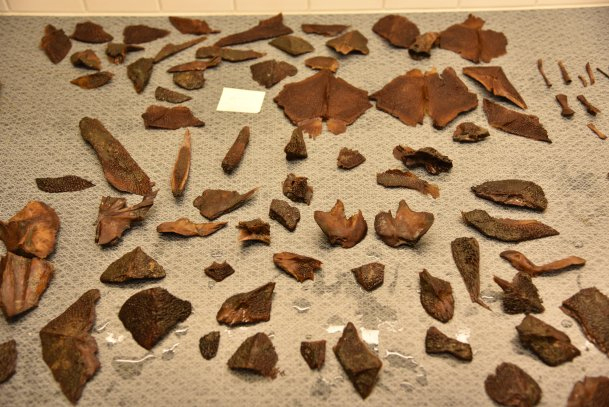 Atlantic sturgeon in the King’s pantry

Researchers at Lund University in Sweden can now reveal what the Danish King Hans had planned to offer when laying claim to the Swedish throne in 1495: a two-metre-long Atlantic sturgeon. The well-preserved fish remains were found in a wreck on the bottom of the Baltic Sea last year, and species identification was made possible through DNA analysis.

At midsummer in 1495, the Danish King Hans was en route from Copenhagen to Kalmar, Sweden, on the royal flagship Gribshunden. Onboard were the most prestigious goods the Danish royal court could provide, but then, the trip was also very important. King Hans was going to meet Sten Sture the Elder (he hoped) to lay claim to the Swedish throne. It was important to demonstrate both power and grandeur.

However, when the ship was level with Ronneby in Blekinge, which was Danish territory at the time, a fire broke out on board and Gribshunden sank. The King himself was not on board that night, however, both crew and cargo sank with the ship to the sea floor, where it has lain ever since.

Thanks to the unique environment of the Baltic Sea – with oxygen-free seabeds, low salinity and an absence of shipworms – the wreck was particularly well preserved when it was discovered approximately fifty years ago, and has provided researchers with a unique insight into life on board a royal ship in the late Middle Ages. In addition, researchers now also know what was in the royal pantry – the wooden barrel discovered last year, with fish remains inside.

“It is a really thrilling discovery, as you do not ordinarily find fish in a barrel in this way. For me, as an osteologist, it has been very exciting to work with”, says Stella Macheridis, researcher at the Department of Archaeology and Ancient History at Lund University.

When the remains were discovered it was possible to see that they came from a sturgeon pretty early on due to the special bony plates, the scutes. However, researchers were unsure which species it was. Up until relatively recently, it was believed to be the European sturgeon found in the Baltic Sea at the time. However, the DNA analysis revealed it was the Atlantic variety with which King Hans planned on impressing the Swedes. Researchers have also been able to estimate the length of the sturgeon – two metres – as well as demonstrate how it was cut.

For Maria C Hansson, molecular biologist at Lund University, and the researcher who carried out the DNA analysis, the discovery is of major significance, particularly for her own research on the environment of the Baltic Sea.

“For me, this has been a glimpse of what the Baltic Sea looked like before we interfered with it. Now we know that the Atlantic sturgeon was presumably part of the ecosystem. I think there could be great potential in using underwater DNA in this way to be able to recreate what it looked like previously”, she says.

The Atlantic sturgeon is currently an endangered species and virtually extinct.

The discovery on Gribshunden is unique in both the Scandinavian and European contexts –such well preserved and old sturgeon remains have only been discovered a few times at an underwater archaeological site.

It is now possible, in a very specific way, to link the sturgeon to a royal environment – the discovery confirms the high status it had at the time. The fish was coveted for its roe, flesh and swim bladder – the latter could be used to produce a kind of glue (isinglass) that, among other things, was used to produce gold paint.

“The sturgeon in the King’s pantry was a propaganda tool, as was the entire ship. Everything on that ship served a political function, which is another element that makes this discovery particularly interesting. It provides us with important information about this pivotal moment for nation-building in Europe, as politics, religion and economics – indeed, everything – was changing”, says Brendan P. Foley, marine archaeologist at Lund University, and project coordinator for the excavations.

Gribshunden will become the subject of further archaeological excavations and scientific analyses in the coming years.