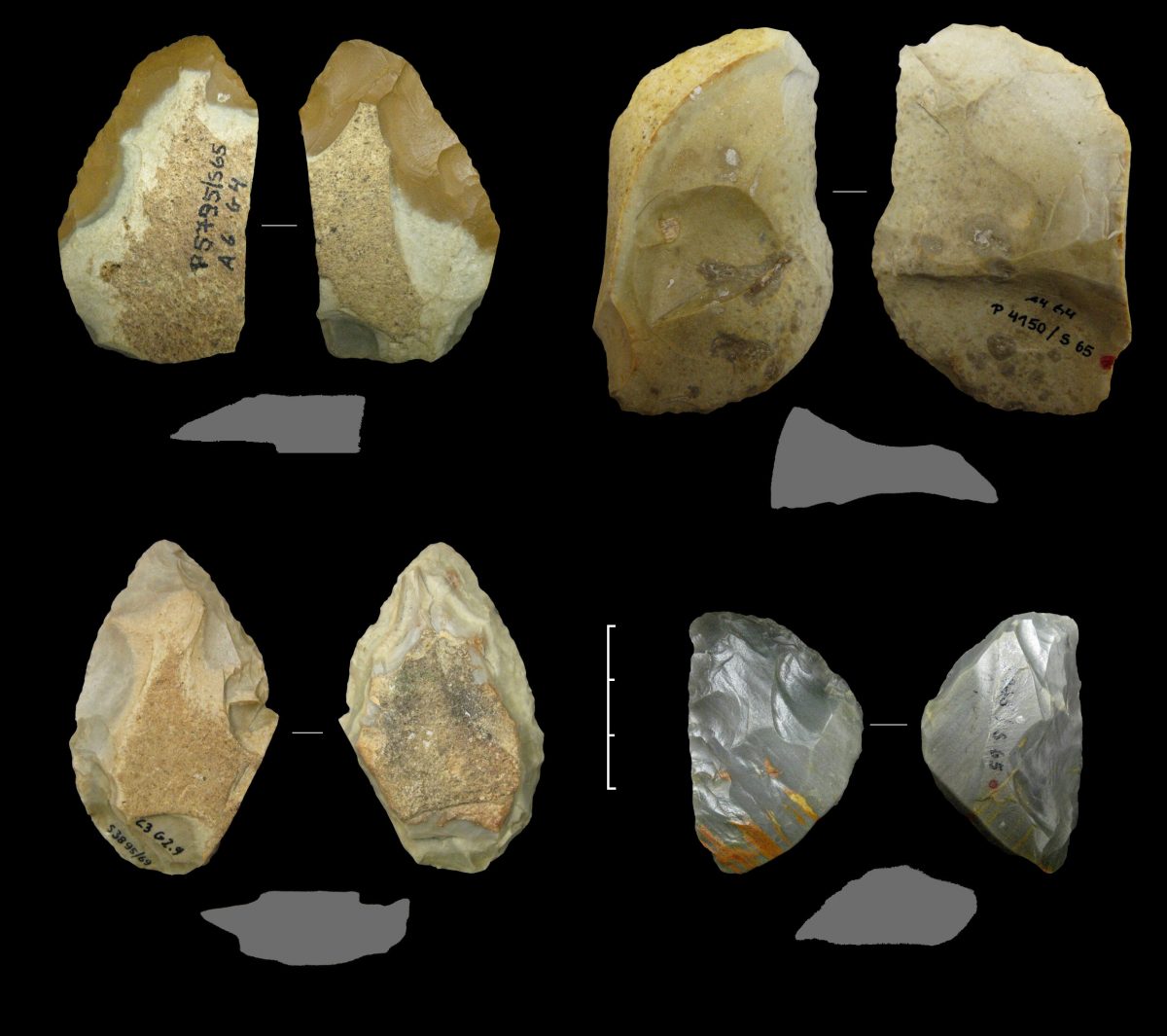 How Neanderthals adjusted to climate change

Climate change occurring shortly before their disappearance triggered a complex change in the behaviour of late Neanderthals in Europe: they developed more complex tools. This is the conclusion reached by a group of researchers from Friedrich-Alexander-Universität Erlangen-Nürnberg (FAU) and Università degli Studi die Ferrara (UNIFE) on the basis of finds in the Sesselfelsgrotte cave in Lower Bavaria.

Neanderthals lived approximately 400,000 to 40,000 years ago in large areas of Europe and the Middle East, even as far as the outer edges of Siberia. They produced tools using wood and glass-like rock material, which they also sometimes combined, for example to make a spear with a sharp and hard point made of stone.

From approximately 100,000 years ago, their universal cutting and scraping tool was a knife made of stone, the handle consisting of a blunt edge on the tool itself. These Keilmesser (backed, asymmetrical bifacially-shaped knives) were available in various shapes, leading researchers to wonder why the Neanderthals created such a variety of knives? Did they use different knives for different tasks or did the knives come from different sub-groups of Neanderthals? This was what the international research project hoped to find out.

‘Keilmesser are a reaction to the highly mobile lifestyle during the first half of the last ice age. As they could be sharpened again as and when necessary, they were able to be used for a long time – almost like a Swiss army knife today,’ says Prof. Dr. Thorsten Uthmeier from the Institute of Prehistory and Early History at FAU. ‘However, people often forget that bi-facially worked knives were not the only tools Neanderthals had. Backed knives from the Neanderthal period are surprisingly varied,’ adds his Italian colleague Dr. Davide Delpiano from Sezione di Scienze Preistoriche e Antropologiche at UNIFE. ‘Our research uses the possibilities offered by digital analysis of 3D models to discover similarities and differences between the various types of knives using statistical methods.’

The two researchers investigated artefacts from one of the most important Neanderthal sites in Central Europe, the Sesselfelsgrotte cave in Lower Bavaria. During excavations in the cave conducted by the Institute of Prehistory and Early History at FAU, more than 100,000 artefacts and innumerable hunting remains left behind by the Neanderthals have been found, even including evidence of a Neanderthal burial. The researchers have now analysed the most significant knife-like tools using 3D scans produced in collaboration with Prof. Dr. Marc Stamminger and Dr. Frank Bauer from the Chair of Visual Computing at the Department of Computer Science at FAU. They allow the form and properties of the tool to be recorded extremely precisely.

‘The technical repertoire used to create Keilmesser is not only direct proof of the advanced planning skills of our extinct relatives, but also a strategical reaction to the restrictions imposed upon them by adverse natural conditions,’ says Uthmeier, FAU professor for Early Prehistory and Archaeology of Prehistoric Hunters and Gatherers.

Other climate, other tools

What Uthmeier refers to as ‘adverse natural conditions’ are climate changes after the end of the last interglacial more than 100,000 years ago. Particularly severe cold phases during the following Weichsel glacial period began more than 60,000 years ago and led to a shortage of natural resources. In order to survive, the Neanderthals had to become more mobile than before, and adjust their tools accordingly.

The Neanderthals probably copied the functionality of unifacial backed knives, which are only shaped on one side, and used these as the starting point to develop bi-facially formed Keilmesser shaped on both sides. ‘This is indicated in particular by similarities in the cutting edge, which consists in both instances of a flat bottom and a convex top, which was predominantly suited for cutting lengthwise, meaning that it is quite right to refer to the tool as a knife,’ says Davide Delpiano from UNIFE.

Both types of knife – the simpler older version and the newer, significantly more complex version – obviously have the same function. The most important difference between the two tools investigated in this instance is the longer lifespan of bi-facial tools. Keilmesser therefore represent a high-tech concept for a long-life, multi-functional tool, which could be used without any additional accessories such as a wooden handle.

‘Studies from other research groups seem to support our interpretation,’ says Uthmeier. ‘Unlike some people have claimed, the disappearance of the Neanderthals cannot have been a result of a lack of innovation or methodical thinking.’