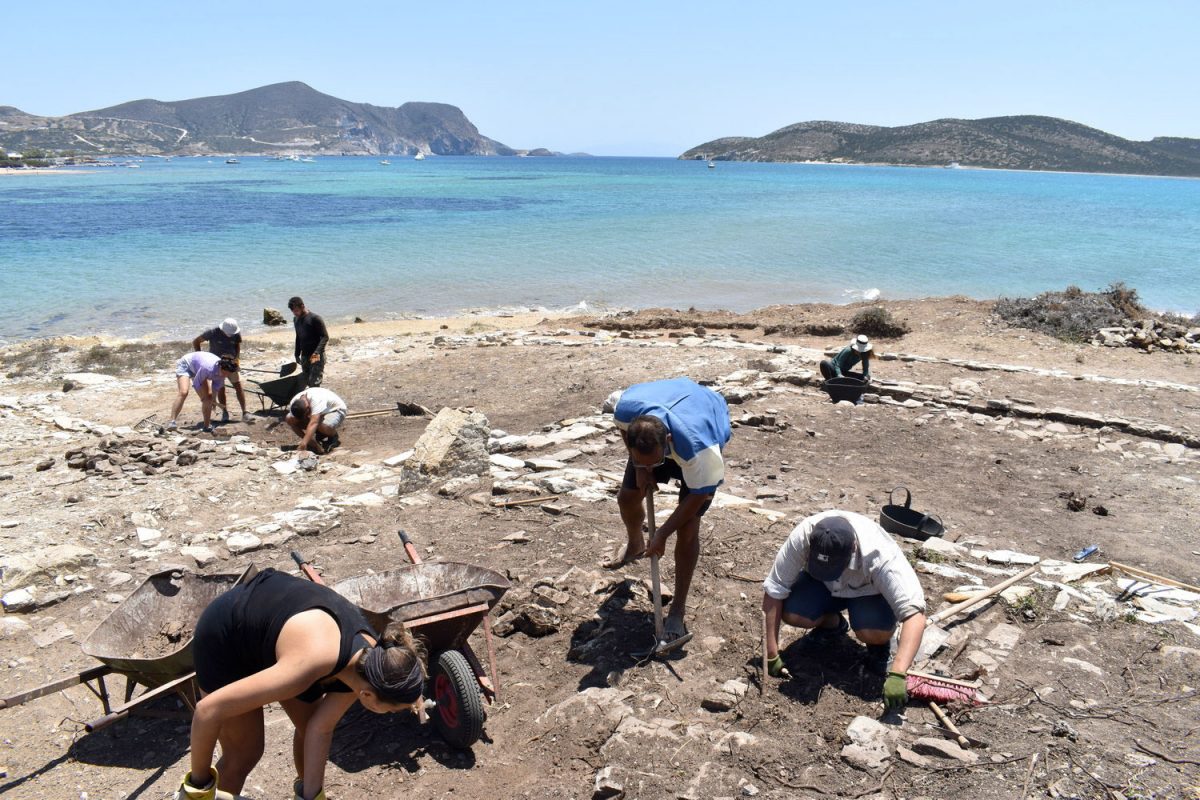 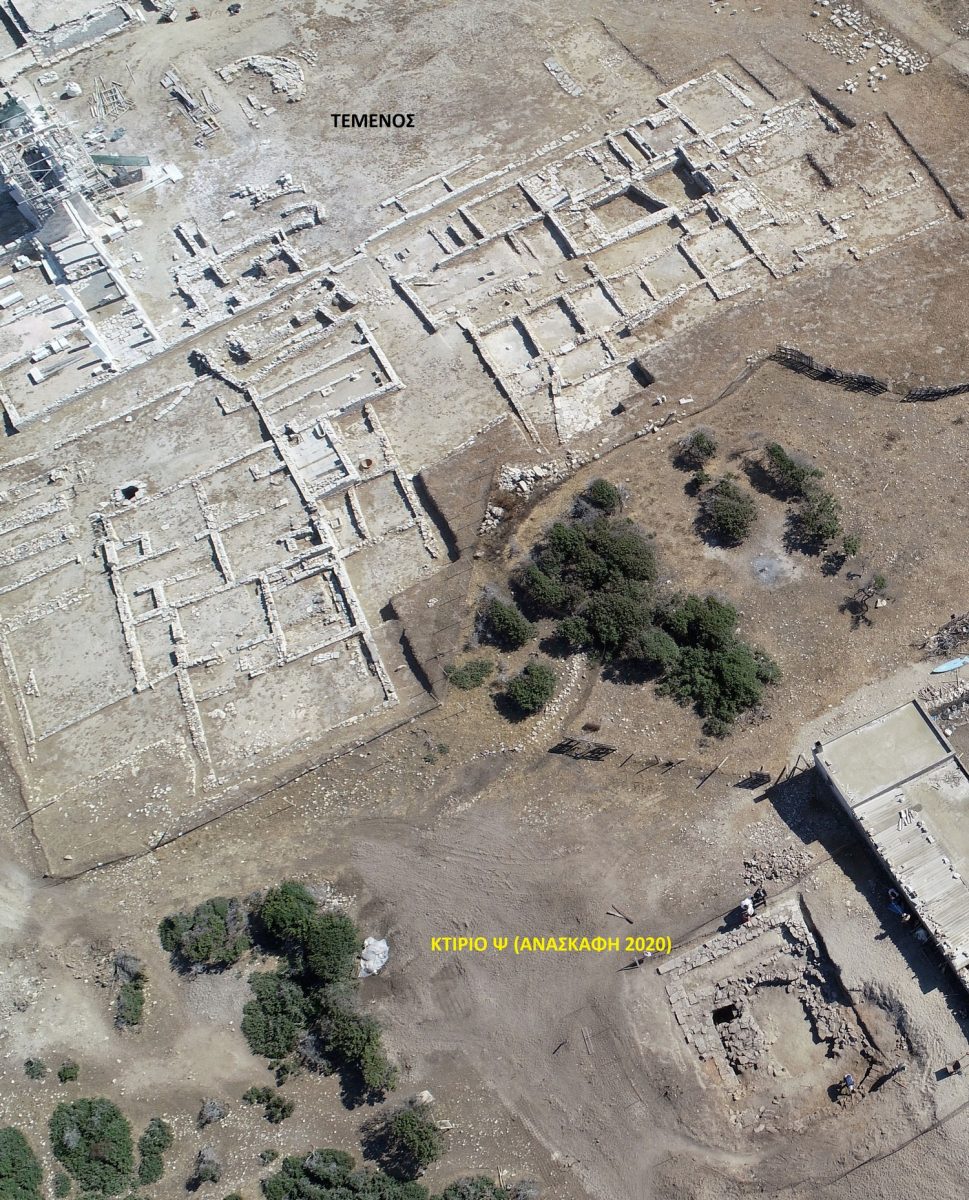 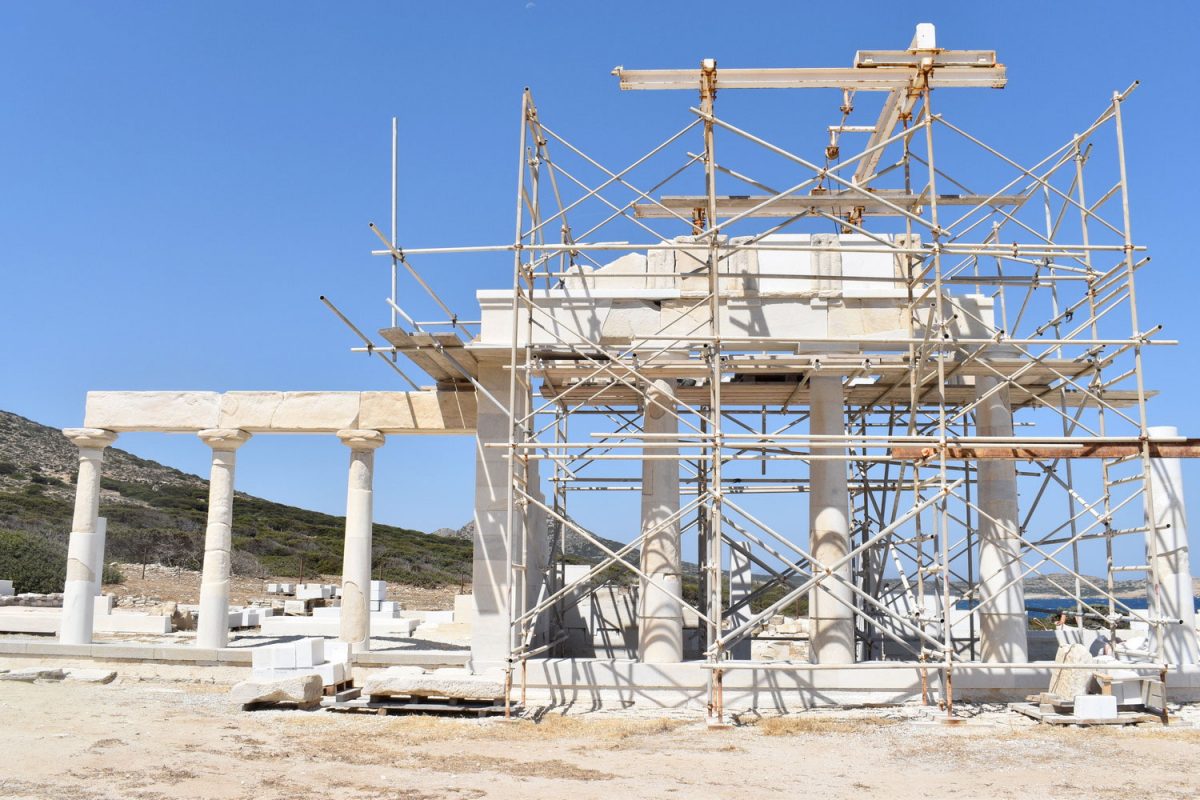 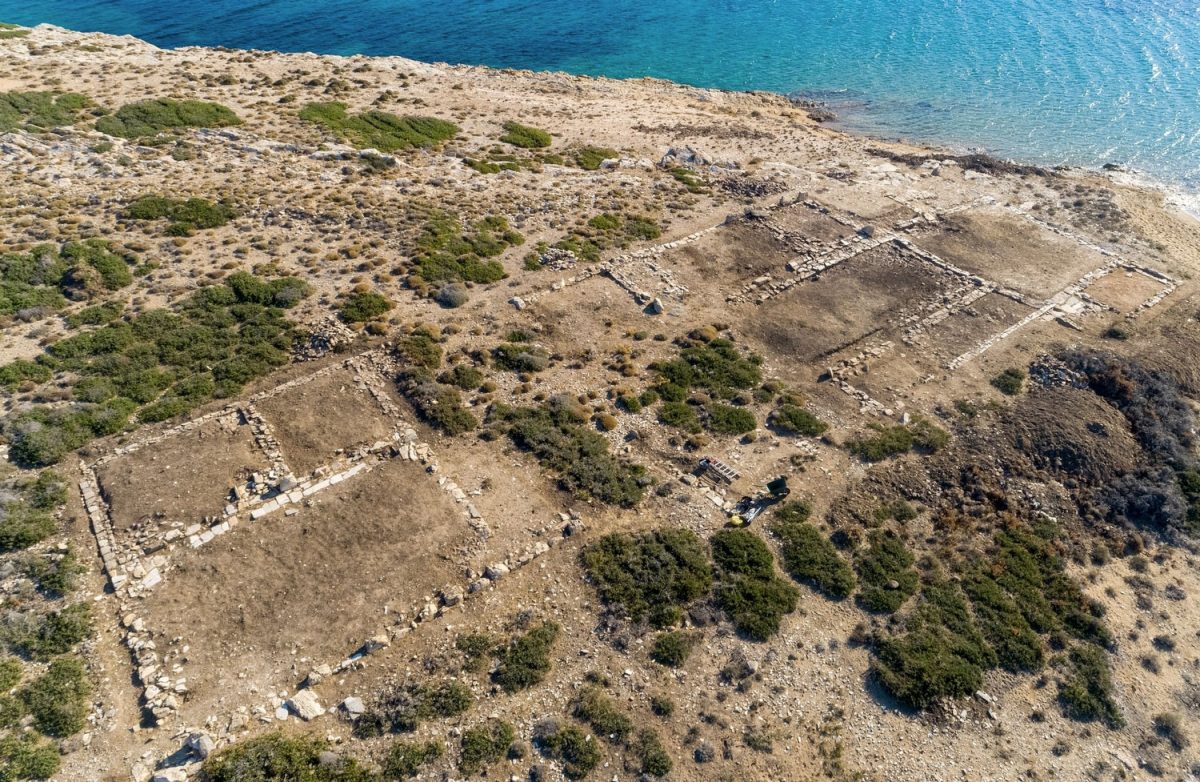 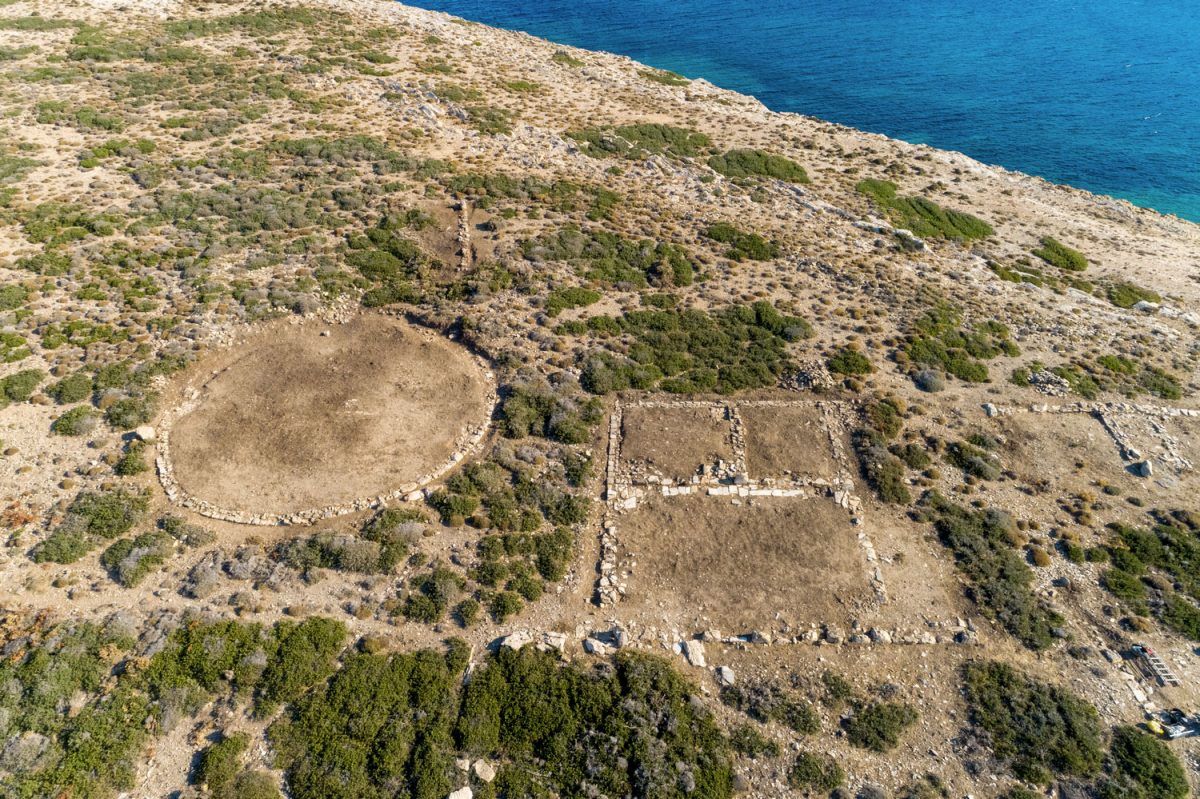 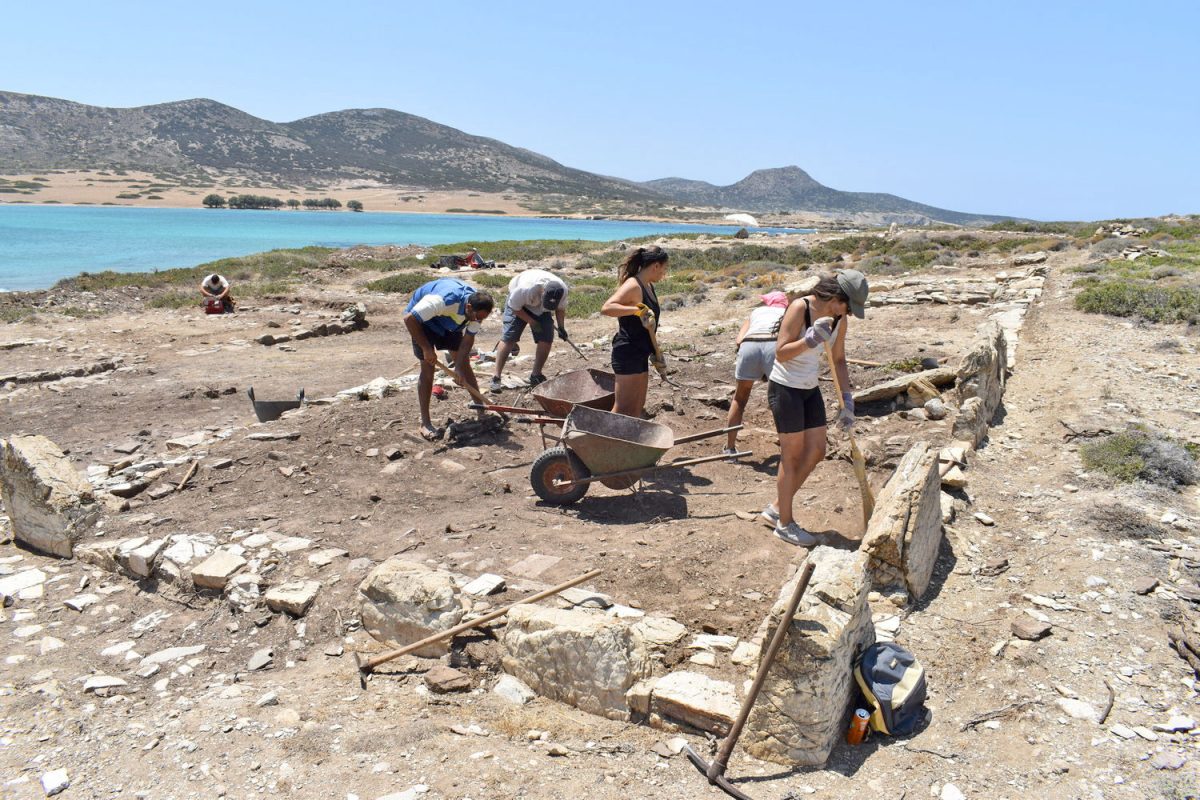 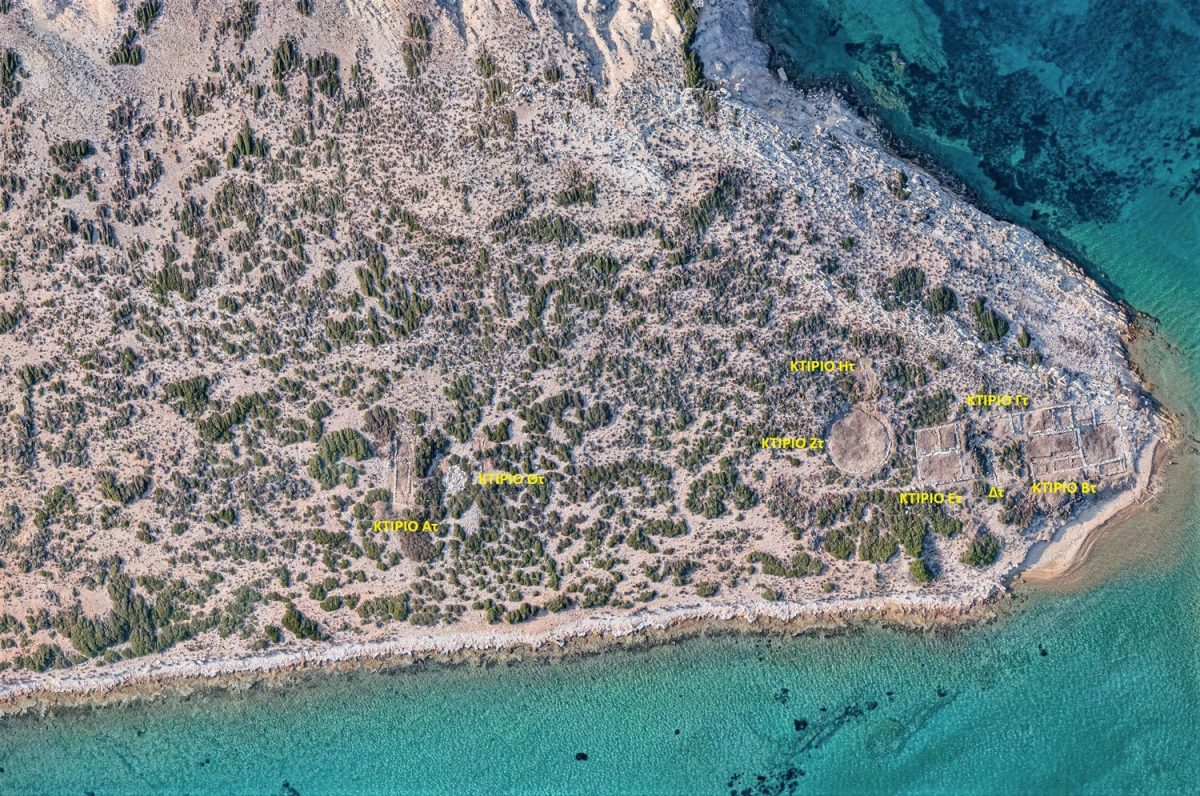 Restoration work has also progressed in the Apollo Sanctuary

Significant progress has been made in the restoration of the archaic temple and the refectory of the Apollo Sanctuary on Despotikon, which are nearing their completion, with the monument having now regained a significant part of its original height and dominating the area. As early as November 2019, the scaffolding had been removed from the refectory’s colonnade after being completely restored. This year, work was done on the temple’s north and west walls, with an addition of new and ancient structures, on the wall of the doors of the temple chambers and the thresholds, on the temple and refectory pilasters and the temple and refectory column drums. Lastly, an important step was achieved by placing and adapting to the temple cornice five ancient triglyphs, two ancient and two new metopes.

Despite the difficult conditions, owing to restrictions imposed by the COVID-19 pandemic,the systematic excavation of  the Apollo sanctuary on Despotikon and Tsimintiri was conducted again this year by the Cyclades Ephorate under Dr Yiannos Kouragios (Cyclades Ephorates), in collaboration with archaeologists Ilias Daifas and Alexandra Alexandridou (assistant professor at the University of Ioannina), and the participation of a small number of students from Ioannina University. The work lasted four weeks (June 22-July 17, 2020), while for one month (June 5-July 4, 2020) restoration works were also conducted in the temple and refectory of the Apollo sanctuary.

A large rectangular building (8.65 × 8.50 m) was located on Despotikon, a short distance west of a sheepfold, in the southernmost part of the site explored to date. It had been severely damaged and the  walls on its interior had collapsed. However, based on the surviving architectural remains, at least two architectural phases can be distinguished. In the earlier phase it had an almost square plan and was formed by four walls founded on natural rock. In the second phase, a Π shaped addition in portico style was constructed on the north side. The strong construction of its walls with foundations as deep as 1.85 m, the discovery of mortar and a small amount of finds inside it are strong indications of this building being a cistern , which when abandoned was gradually “filled up” with stones, soil and other transportable materials.

Although the construction of the walls proves that the building was erected in archaic times, the discovery of ceramics from different eras points to its use over a long period of time , perhaps as far back as Late Antiquity. Lastly, a strong wall was located in the eastern part of the site,11 m long, 0.60 m wide and 0.65 m high, which was not excavated due to lack of time. At a distance of 2.5 m, the marble base of a votive column was unearthed.

Most of the 2020 excavation period was centered on researching the islet of Tsimintiri, which in antiquity was joined to Despotikon by an isthmus and was part of the  extensive satellite installation for the cult of the Apollo Sanctuary. At the end of this year’s 2 weeks research, eight buildings had been located that take up the island’s south and east side and face the sheltered harbour and the sanctuary opposite.

The Ατ Building is the westernmost of all those located. It is elongated, built on a steep slope with a North-South orientation and comprises three spaces. A short distance from it, two more buildings were located but not excavated; Ht which comprises at least two spaces and Θτ.  Building Bt is the largest ever to have been found and the first to be encountered when approaching the island from the south. It consists of at least five spaces, in one of which a large number of ceramic utensils and fragments of jars with relief decoration were discovered. The findings from the building, among which many fragments of archaic jars with engraved and embossed decoration, give a time horizon of its use from the 7th to the early 5th century.

All the buildings on Tsimintiri have very large dimensions and are strongly constructed, while they all seem to be structurally related to each other, creating a high density of  buildings on the south side of the islet that in ancient times would have been the northeastern side of the sheltered harbour. These were probably public buildings related to the harbour’s operation.Moreover, Tsimintiri was essentially the isthmus that joined Antiparos with Despotikon, thus making access to the Sanctuary also possible via Antiparos.