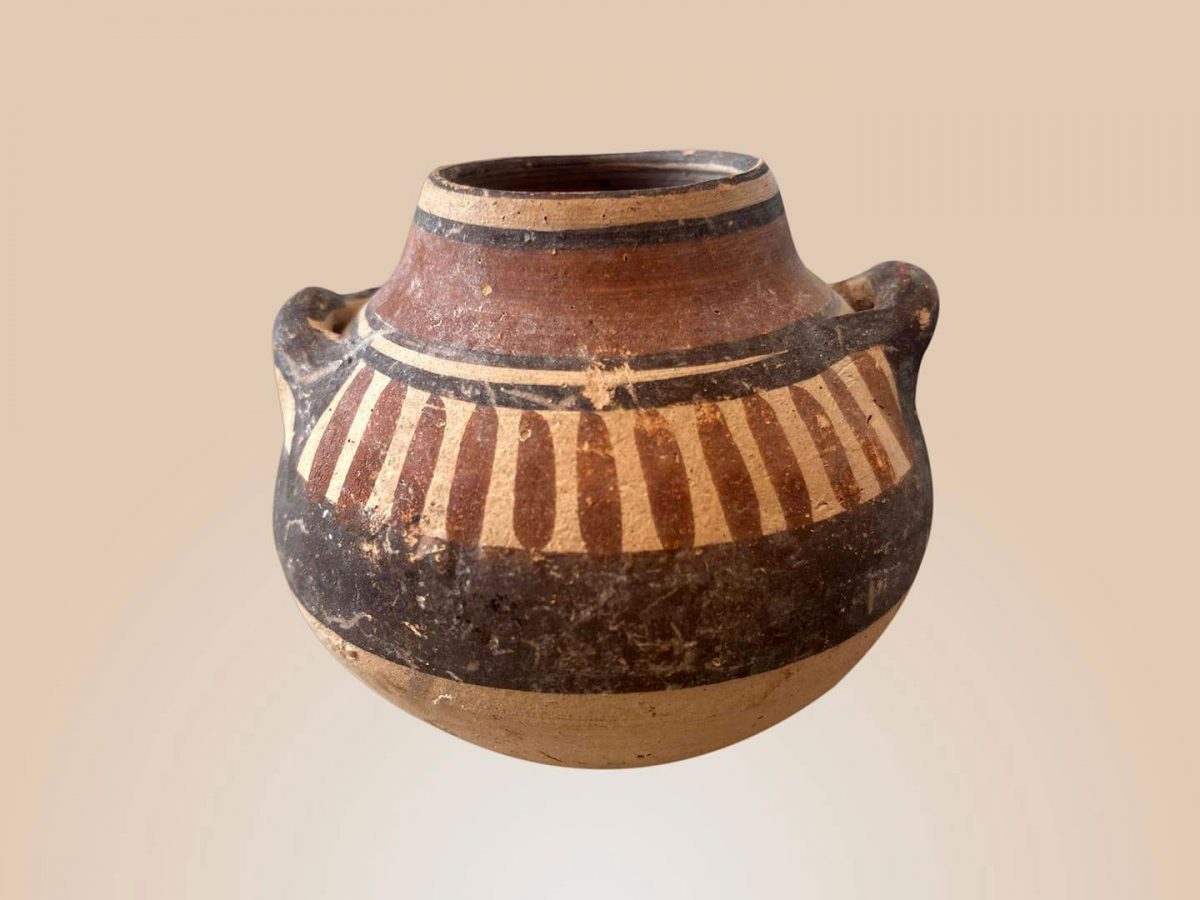 Handing over of Cypriot antiquity at the High Commission in London

The Department of Antiquities, Ministry of Transport, Communications and Works, announces that on the 21st August 2020 a Cypriot antiquity was handed over to the High Commissioner of the Republic of Cyprus in London Mr. Andreas Kakouris by DC Ray Swan of the London Metropolitan Police. The antiquity, which was looted and illegally exported from Cyprus following the Turkish invasion of 1974, was handed over to the London Metropolitan Police by Mr. Costas Paraskevaides, the owner of ArtAncient, a London-based antiquities shop. The said antiquity is a Bichrome ware miniature clay jar (approx. 6 cm high) dating to the Cypro-Archaic I period (750 – 600 BC).

The Department of Antiquities, the Office for Combating Illegal Possession and Trafficking of Antiquities of the Cyprus Police and the Ministry of Foreign Affairs wish to thank Mr. Paraskevaides for handing over the antiquity and the London Metropolitan Police for its valuable contribution and collaboration with the authorities of the Republic of Cyprus. The physical repatriation of the antiquity will take place in the near future.

Every repatriation of a stole and illegally exported cultural object is of utmost importance on many levels, since each and every such object represents a part of a country’s history and identity. For the Cyprus authorities, the identification and repatriation of stolen cultural objects is an extremely high priority, bearing in mind that the island has sadly suffered large-scale looting and illicit trafficking of cultural objects, especially as a result of the 1974 Turkish invasion and subsequent occupation.

The Department of Antiquities, in close collaboration with all other competent authorities and the National Committee for Combating the Looting and Illicit Trafficking of Cultural Heritage continue their efforts to identify looted and stolen cultural objects which have been dispersed around the globe.